LOS ANGELES – She has only been doing this for 1 year and a half, but 11-year-old Yvonne Kennedy seems fearless on her skateboard.

At The Berrics event there is a different participating crowd than she is used to at her hometown skate park in Whittier.

"It's pretty cool seeing a bunch of girls skating instead of just a platform where it's only boys," said Yvonne.

For the 11th year in a row, the non-profit Poseiden Foundation is hosting Ladies Day that features skate sessions, clinics, and competitions like best trick. The non-profit's mission is to empower females to live their dreams through skateboarding and break through social, economic, and self-confidence barriers in the traditional male-dominated sport.

Yvonne's curiosity led her to trying it.

"I would go to like the park and there would be a skatepark there. I wouldn't really know what it was, but I started scootering and then my brother got a skateboard and I got interested," Yvonne said.

One new development in the wake of this year's Ladies Day is the emergence of skateboarding as an Olympic sport, debuting in 2020 in Tokyo.

Pro-skater Margielyn Didal, 20, will most likely make the team for the Philippines and is excited to see the event’s turnout.

"I haven't seen this many girl skaters," said Didal. 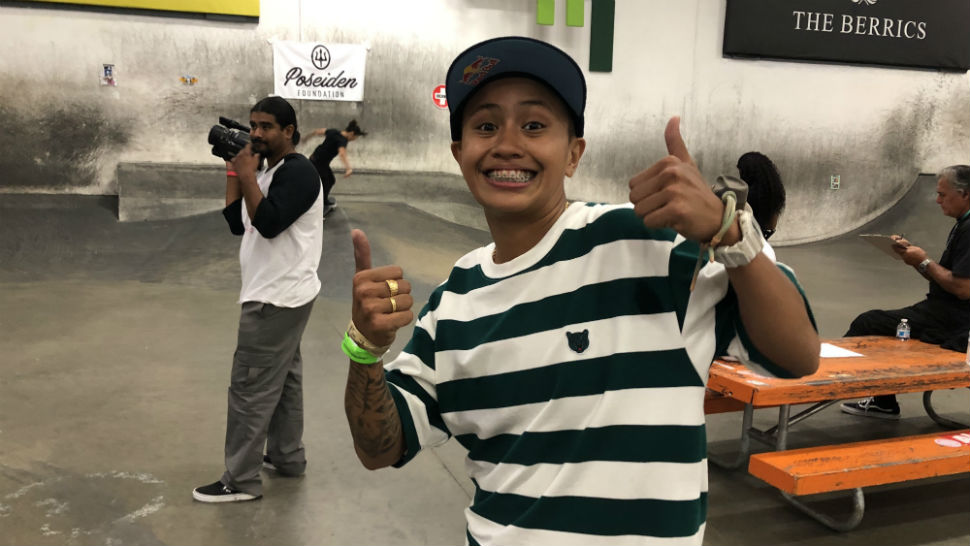 Didal started skating when she was 12, but the sport hasn't always been embraced by the Filipino government, nor her family.

"They don't really want me to skate because it's not a girly thing, it's only for dudes," said Didal.

However, perception is shifting in her country and in her family thanks to her talent and drive. Didal won gold in the 2018 Asian Games and was named on Time Magazines 25 Most Influential Teen List of 2018.

She is a sponsored athlete most recently nabbing a deal with Red Bull, and is supporting her family through her skating career.

"I can share some blessings with my family," said Didal

Top athletes like Didal can inspire the younger up-and-coming generations like Yvonne, to make their dreams come true in the sport.

"I want to have a mixture of skateboarding where I can skate everything. Not just tranny or street or vert, I want to be able to do it all," said Yvonne.

Through events like ladies day, females can feel empowered that they can in fact do it all. 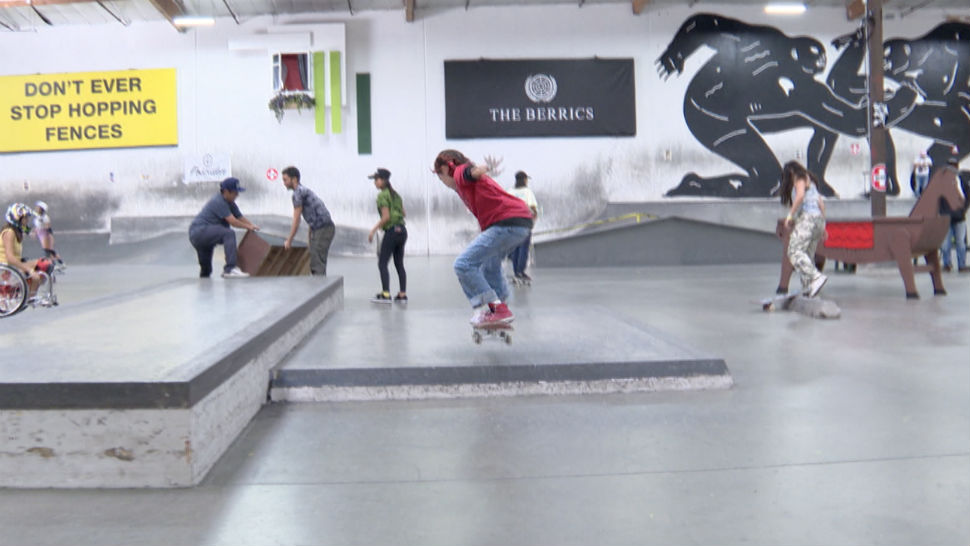