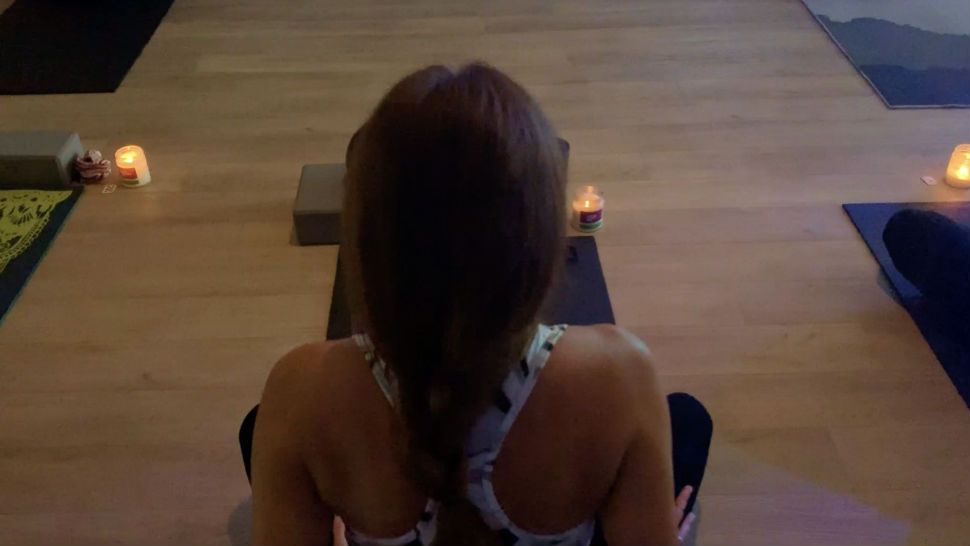 WEST HOLLYWOOD, Calif. – Even on her way to a yoga class, Bray Reynard has a hard time disconnecting from work.

“I’m like neurotically trying to finish everything so that I can get to class and put my phone down,” said Reynard.

A freelance producer from West Hollywood, Reynard works up to 90 hours a week in a high stress environment. When she first heard of CBD Yoga she thought it was a bit of a stretch, but it was just enough to pique her curiosity.

“I walked passed the studio in the neighborhood and the sandwich board out and I was like, ‘Hmm, this sounds interesting, let’s give it a go,’” said Reynard.

CBD yoga is a lot like a regular yoga class, with something a little extra. Students at Zen Yoga in West Hollywood are greeted with a CBD gummy bear. There are also CBD infused candles and oils.

CBD is one of over 100 compounds found in the cannabis plant. However, unlike THC, it does not produce a high. It has been marketed as a as a cure-all for everything from stress to acne and even cancer.

So far, research has been inconclusive. But the Department of Veterans Affairs is now funding is first study on CBD and recently the Food and Drug Administration approved Epidiolex, a CBD-based epilepsy drug.

“When you take CBD it helps the mind send signals to the body that says, ‘Relax, let it go,’” said Zen Yoga instructor Brandee Aquino.

For Reynard the selling point was what happened a few hours later.

“It’s quiet, it’s very soothing in general,” Reynard said. “After I got a good night sleep I was like maybe it’s the CBD, maybe it’s the yoga but I’m going to go back and check it out.”