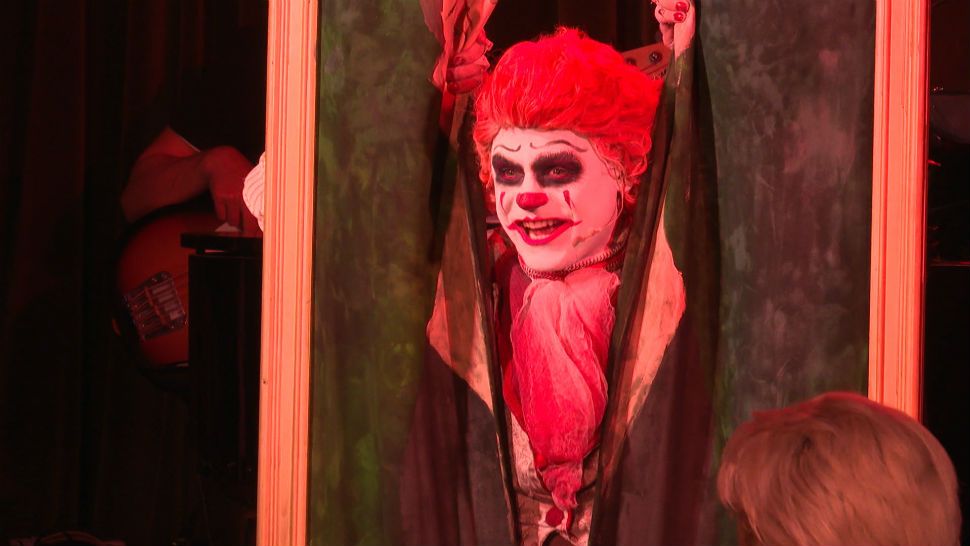 1 of 4
"IT"
“IT was the first horror movie I ever saw," Garrett Clayton said, "I’ve always had a soft spot for evil clowns, I guess.”
(Spectrum News/Tara Lynn Wagner) 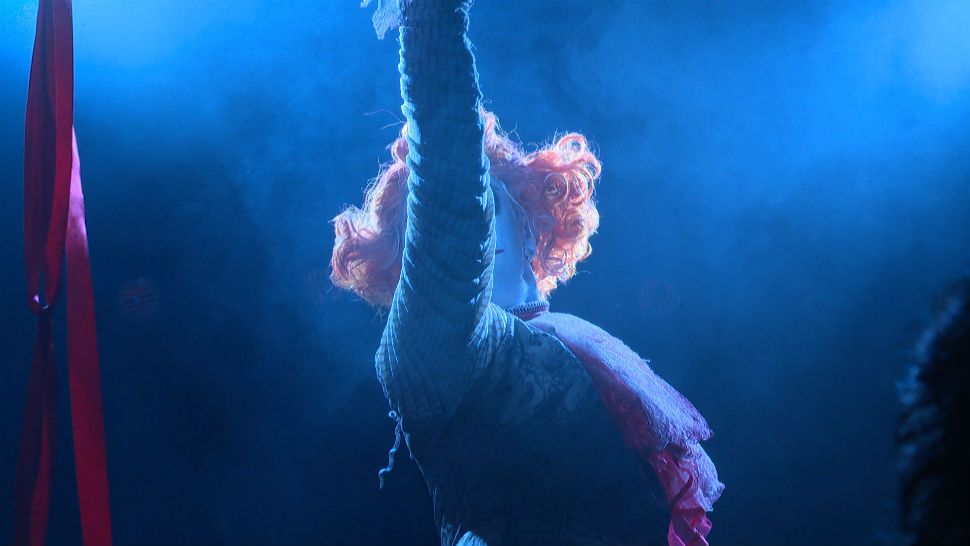 2 of 4
"IT"
"I get to be a crazy clown every weekend," Clayton said. "It’s my favorite part.”
(Spectrum News/Tara Lynn Wagner) 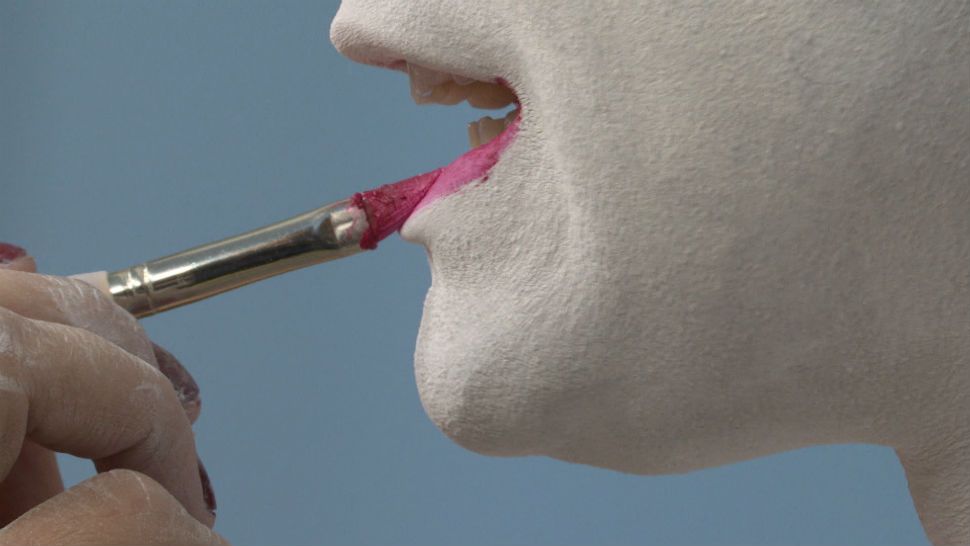 3 of 4
"IT"
It takes Garrett Clayton nearly two hours to complete his head to toe transformation into Pennywise.
(Spectrum News/Tara Lynn Wagner) 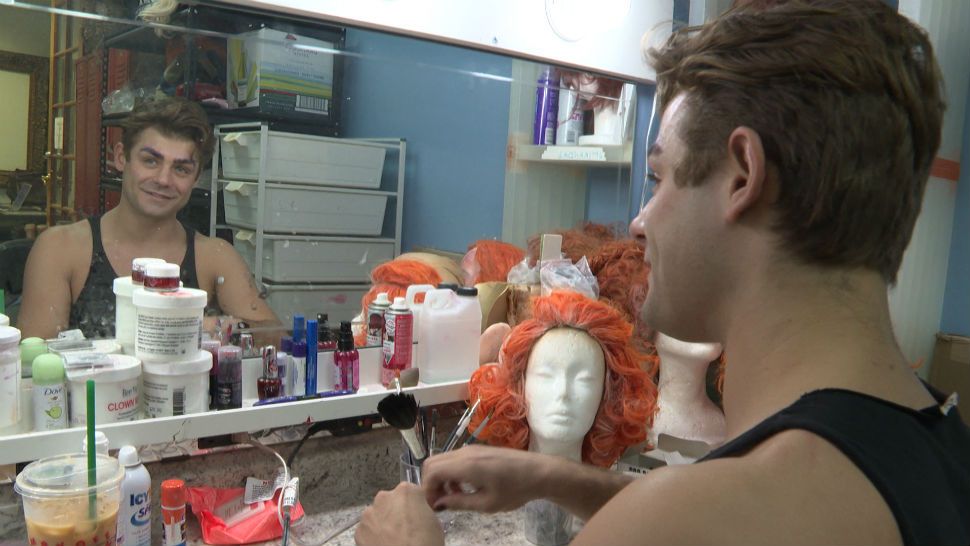 4 of 4
"IT"
Clayton is no stranger to Rockwell Table and Stage, which is known for producing musical parodies that are equal parts nostalgia and sarcasm.
(Spectrum News/Tara Lynn Wagner)

"IT" Parody Has Audiences Screaming With Laughter

LOS FELIZ, Calif. – It takes a lot of time and make up to transform from teen heart throb to murderous clown, but Garrett Clayton does it several times every weekend.

Probably best known for his wholesome, handsome roles in Disney Channel musicals and Hairspray LIVE, he is thrilled to be taking on the more sinister part of Pennywise from Stephen King’s IT, even if it means hours of nail polish, glue and pin curls.

“IT was the first horror movie I ever saw," Clayton said, "I’ve always had a soft spot for evil clowns, I guess.”

Or clowns in general really. It is kind of in his DNA.

“My great grandmother who is still alive was a clown and used to take me to parties with her," Clayton said, "so I have clown in my history.”

Having spent so many hours watching her prepare and perform, he says he didn’t even need to call her for tips.

“It was more like drawing upon what it was like being a little kid watching her, so that just felt pretty organic for me," Clayton said.

Clayton is no stranger to Rockwell Table and Stage, which is known for producing musical parodies that are equal parts nostalgia and sarcasm. One of the things he loves most about performing here is how close the audience is.

“Having the audience that close is going to always keep you in the moment," Clayton said. "We are always in character.”

Producer Pablo Rossil says that closeness is what sets this venue apart from a bigger, more traditional theatre space.

“An actor is one top of you at some point," Rossil said. "Like, you’re always five feet away from an actor at any given point and I think audiences really like that because it makes them feel like they’re a part of it.”

And so does their cell phone policy. Don’t tell Patti Lupone but here, audience members are encouraged to not only capture the action, but post it on social media. It is free advertising of course, but Rossil says it’s also the times we live in.

“Everything is a picture. Everything’s a video, a boomerang," Rossil said. "It’s theatre for the people of today.”

In the end, it takes Clayton nearly two hours to complete his head to toe transformation.  The show's run ends on November 23 and while he won’t miss the smell of the greasepaint and the hours spent applying it, Clayton admits he will miss Pennywise.

“Oh yeah. I get to be a crazy clown every weekend," Clayton said. "It’s my favorite part.”