VENTURAY COUNTY, Calif. – “This was the badge he had on that night,” says Karen Helus seated in her Moorpark home remembering that fateful, tragic night in November of 2018.

It was the night that Helus became a widow.

“This is a picture of the outside funeral services… the fires had just ended and it looks like the sky is opening up it’s kind of an amazing picture,” said Helus.

Just months away from retirement, Ventura County Sgt. Ronald Lee Helus’s passing, left behind his wife of three decades and only son Jordan.

She thumbs through old photo albums.

“This was his first camping trip with his dad, Jordan was 5 and they caught a 9-pound trout. So that was cool,” said Helus.

They were looking to buy a retirement home close to a creek where the Sergeant could fish.

“Good memories. That was his favorite thing, fishing and camping,” Helus says.

The good memories started in the late 80s at Pierce College, in Woodland Hills.

“We met in anatomy class and he kind of helped me cut open my cat,” Helus said laughin.

In just 10 short months they knew they had something special, so on a Saturday in the Summer, Sgt. Helus took her to Charlie Browns, modern day Borderline Bar and Grill, and asked her to be his wife.

They got married July 1 1989, their wedding reception was at Charlie Browns. Twenty nine years later, Sgt. Ron Helus would answer a call of a shooting at that same restaurant, he would be fatally injured. In total 12 victims would lose their lives.

“It’s hard to lose you know, your husband and that’s the hardest thing that’s ever happened to me. But I can’t imagine losing your child, it’s more than I can even think about. I don’t know how they do it but we’re all in this together and we’re supporting each other through all of it,” says Helus.

Support has poured out for her family. Ventura Sheriff’s officials check on her constantly and she was even gifted a dog named Zion last Christmas by Guide Dogs of America.

“He’s comforting for me. He knows when mom’s sad. He’ll come up and hug me,” says Helus.

She visits her husband often, driving by the scarred landscape of Thousand Oaks; a reminder of all the trials this community has had to endure over the last year.

“This is where he wanted to be, he told me that within the last month,” Helus says as she walks up to his gravesite.

On his tombstone is a picture of one of the last Father’s Days he celebrated. At the bottom, his favorite quote, “There is no higher honor in life than serving others.” 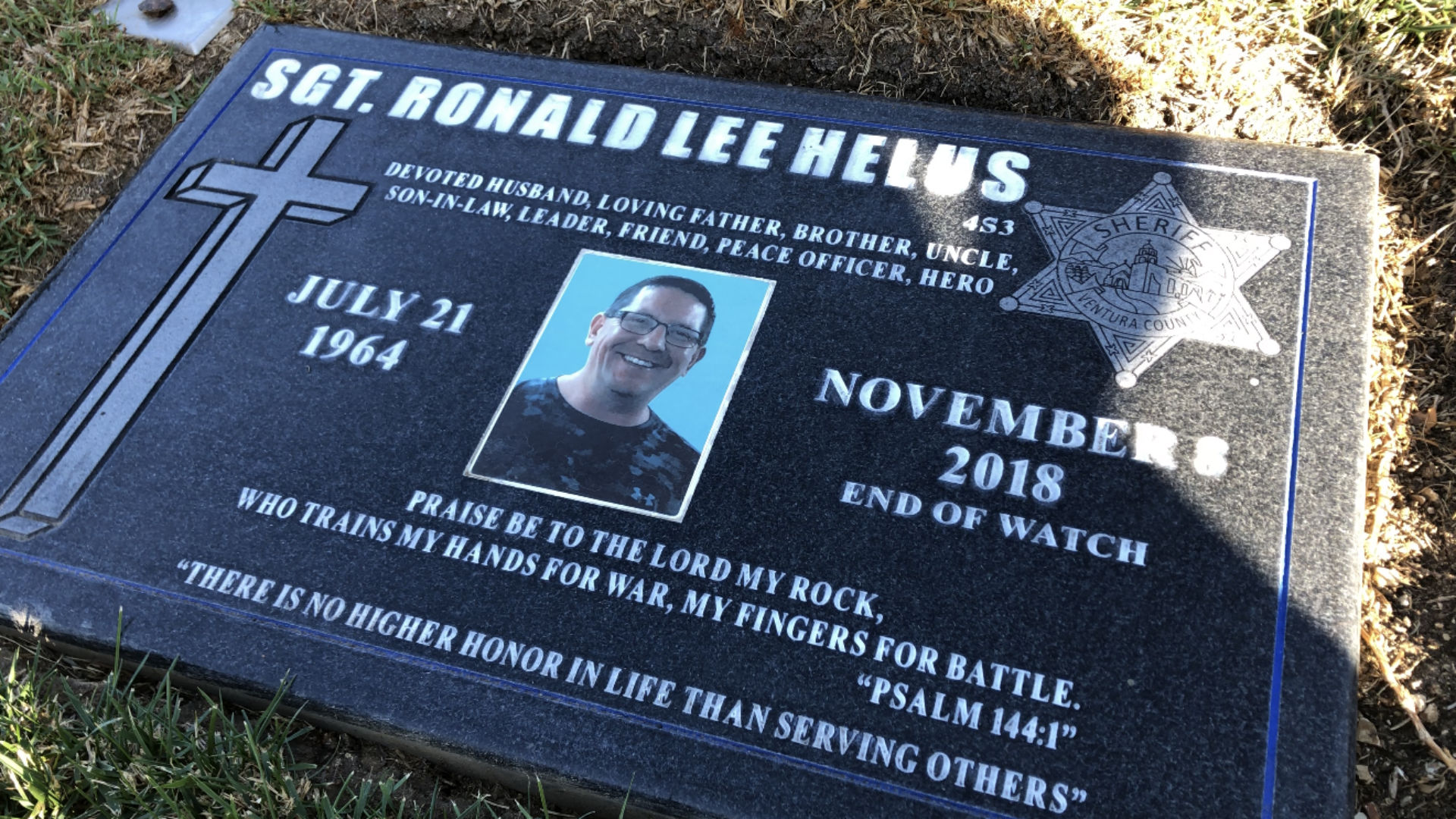 “I can say he truly was a hero because he went in and did what maybe not everyone else would do, I’m this has been probably one of the craziest years of my life, and I say that in good ways and bad ways, it’s sad, so sad, but the compassion that has come from people and the kindness in people out of all the ashes of all the tragedy of it, has come all the goodness of it, and I think Ron would be happy about that,” says Helus.

His highest honor fulfilled, this hero can now rest next to the flowing waters he always envisioned. 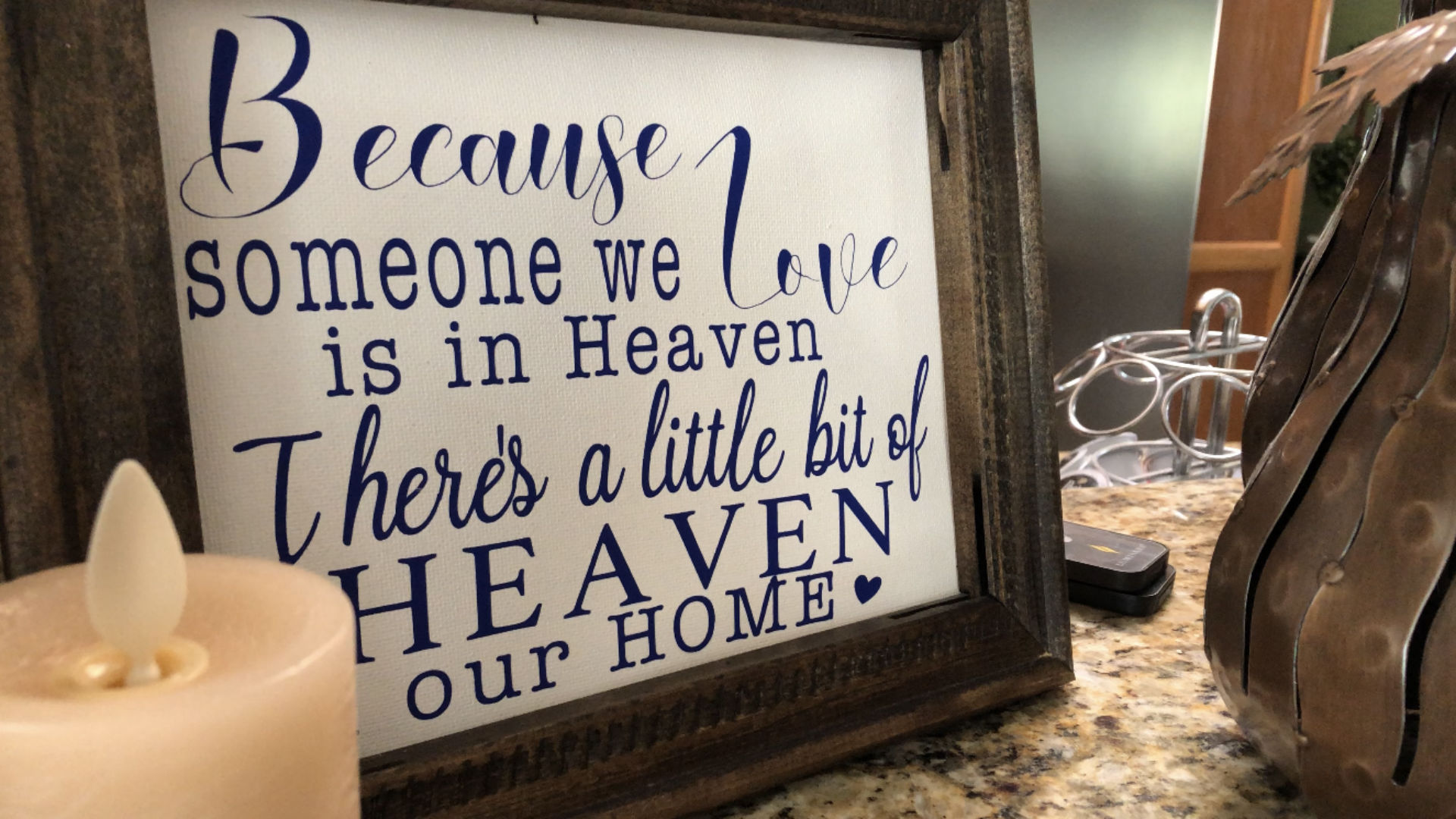