Year of Firsts After Losing Loved One in Borderline Shooting

THOUSAND OAKS, Calif. – It has been a year of firsts for Aurora Coffman and a full year without her older brother Cody.

When Spectrum News 1 last met the Coffman family, it was a month after Cody was killed in the Borderline shooting and Aurora was just 2 weeks old. Jason and Sheri Coffman were grappling with the loss of one life and the birth of another.

Now, a year later, the scene is different. There is laughter and milestones, as Aurora is almost a year-old, taking her first steps and waving hello.

“The lord knew he was taking Cody away, so he is going to give us this precious life. It takes our mind off the tragedy. It has been for the past year,” says Jason.

Jason says Aurora gave him purpose in a time where he could have given up. He stayed strong for Cody’s memory and Aurora’s life.

It was a year of grieving and looking to the future, as he clings to family and his wife.

The Coffmans also grew closer with the families of the other 11 lives lost that day—a community that has bonded through tragedy.

“There has been a lot of opportunities for the families to come together and get to know each other and it has been helpful for our family especially,” said Sheri Coffman. 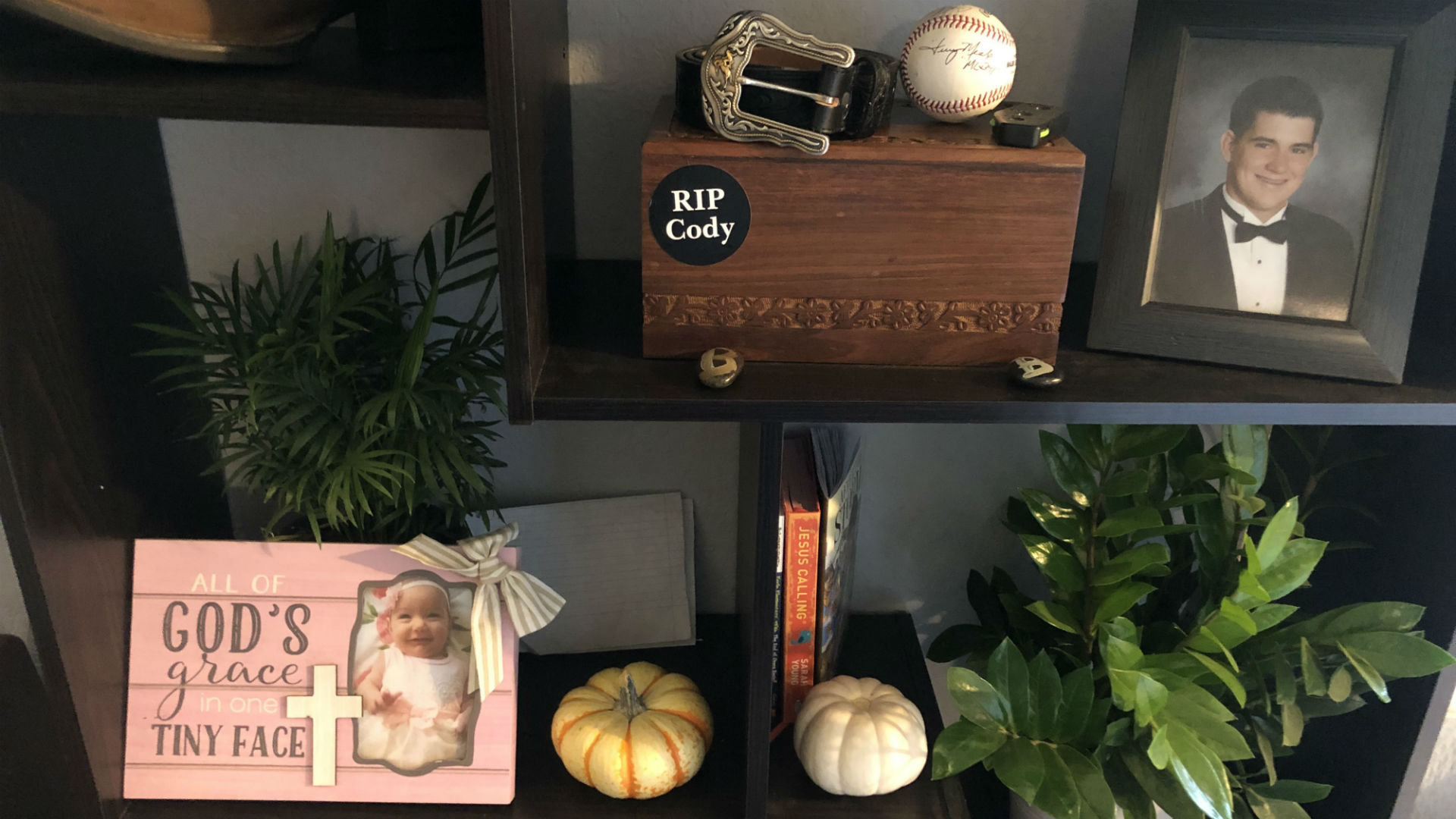 Cody is still a fixture in the home, lining the walls, never forgotten, but as days pass, the family is able to heal.

“Nothing can compare to a year ago hearing that my son has died. The first year is always the hardest, so to be able to make it a full year, it’s been amazing,” Jason said.

A year of grieving, love, and memories.

“I’m so proud of him and I’m going to live every day for him,” said Jason.

Living every day for Cody, and for Aurora, whose resemblance to her older brother, that she never got the chance to meet, is uncanny.

A year of firsts, marked by a newborn baby, growing day by day, changing with the seasons, as a beacon of hope through the first year without Cody by their side.