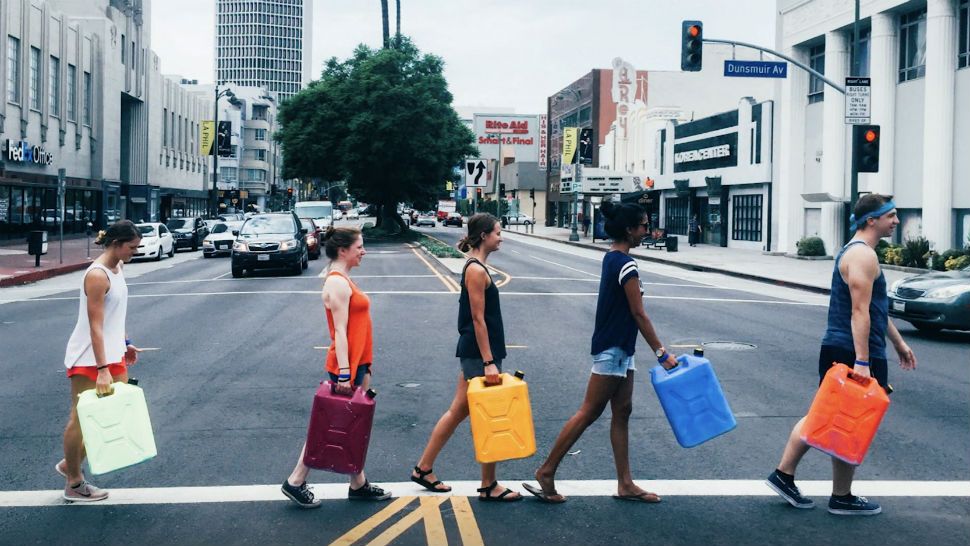 LOS ANGELES – Like many young people, Seth Maxwell came to Los Angeles to make it big in entertainment, but his life took a turn when he learned about the global water crisis.

Maxwell and his seven friends decided to take immediate action. It all started with a bottle of water, now 10 years and $11 million later, the Thirst Project is helping lead the fight against the global water crisis.

“There were seven of us and we were out here for a few hours,” said Maxwell. “It's obviously a really crazy, crowded corner so we knew if there was anywhere in this city we would get high visibility, this was it. We were hopeful that we would raise a bunch of awareness, but I don't think we knew exactly what was going to look like.”

Maxwell and company used what little money they had to purchase bottles of water and began handing them out on Hollywood Boulevard to spark conversations about the millions around the world who are living without clean water.

“Right here on this street corner,” Maxwell said. “We got a ticket because we didn't have a permit to be doing what we did. We had jerrycans filled with water and we challenged people to just walk to the Gap and back to see what it would be like if they were forced to rely on local water sources.”

Maxwell and his team spoke to over 1,000 people that first day and soon got requests to speak at local schools. In their first month, their events raised over $12,000. It was then they realized the untapped potential of activating students around the issue.

“Remember, this is a group of people who grew up playing video games and having conversations in chat rooms with people on the other side of the world or learning about issues that they otherwise never would have known about,” said Maxwell. “So, you have this very highly-educated, very under-unemployed, very globally-connected generation. We hardwired this generation to care about these issues and find ways to insert themselves into them in a meaningful way to solve them.”

Waterborne illnesses are responsible for a great majority of childhood deaths around the world. Maxwell says another goal of the Thirst Project is to give students what they need to start their own fundraisers and to take action.

“Young people are the most powerful agents for social change in the world, period,” Maxwell said. “The goal is to move those students to act, to do something, and the response is overwhelming. Students this year will raise almost $1.5 million for water projects.”

Currently, the Thirst Project is working to bring clean water to the entire kingdom of E Swatini by 2020, a goal Seth Maxwell is confident they can achieve.