Lila Downs Celebrates Day of the Dead Through Vibrant Music

HOLLYWOOD, Calif. – Her music is a vibrant fusion of cultures. Her mother was a Mixtec cabaret singer from Oaxaca, her father a Scottish American professor.

“This is Chiapas and this is Coahuila and this is Quintana Roo,” says Lila Downs as she shows me the rings she is wearing.

For Lila Downs her colorful style, everything from her jewelry to her dress, is a reflection of who she is.

“It’s from a particular ethnic group that is very indigenous and they still make offerings to the mountain,” said Downs about the skirt she was wearing.

The six-time Grammy award winner sat down with me at the Ford Theatre in Hollywood, which was the location of her latest performance “Lila Downs Día de los Muertos: Al Chile.”

Joining her on stage will be one of L.A.’s premier Folklorico dance companies, Grandeza Mexicana, and all female mariachi group “Mariachi Femenil Flores.” The performance is a tribute to the Day of the Dead.

“Every part of this ritual has to do with the enormous amount of love that we have for our ancestors, and this is what I want to represent in the stage,” said Downs.

As Downs walks through the venue she says as a child she remembers performing and directing her family and friends in shows. She loved performing, but became disappointed with music.

“I think because I felt like it was very much about a protagonist and about building the ego and for some reason I wasn’t interested in that side of it,” said Downs.

She continued to study vocal work because she loved it. Then in the 1990s she become a voice for the indigenous populations of Latin America.

“I started to realize that I could either I could just sing beautifully or I could sing with a message and I chose to go down that path,” says Downs.

With her latest performance she is not only hoping to celebrate the Day of the Dead, but also inspire the audience to look into their own history and honor their ancestors as well.

Downs's tour will be in California from October 19 through October 26. You can buy tickets here. 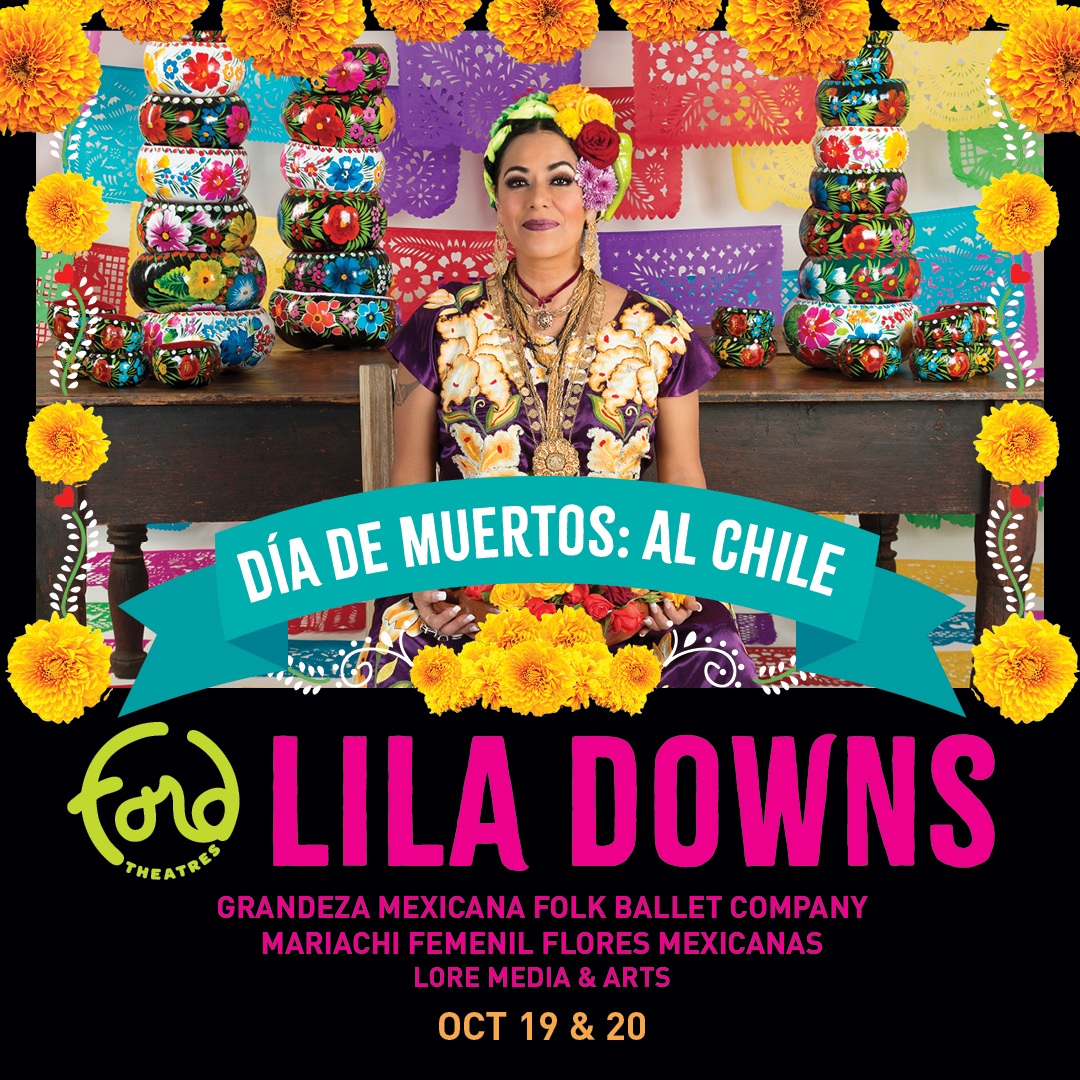