LOS ANGELES – Creating the perfect cocktail is an artwork. One that Dee Ann Quinones has been refining for over a decade.

“I’ve been a bartender for over 15 years,” said Quinones.

In that time, she has become acutely aware of the alcoholism and substance abuse problems that plague her industry.

“It used to be typical to do a shot in your shift, or have a shot with your customer,” says Quinones.

Food Service and Hospitality Industry workers have the highest rate of substance abuse of any profession, according to a 2015 study. The problem goes beyond that, 16.2 percent of adults in Los Angeles County report binge drinking, according to the LA County Department of Public Health.

“I think bartenders are finding that that’s not sustainable,” says Quinones.

A bar on Melrose called The Residency is trying something new.

“We carry three non-alcoholic drinks for our customers here at The Residency. One is a turmeric cooler, one is a coconut drink and one is papaya with red pepper,” says Quinones. 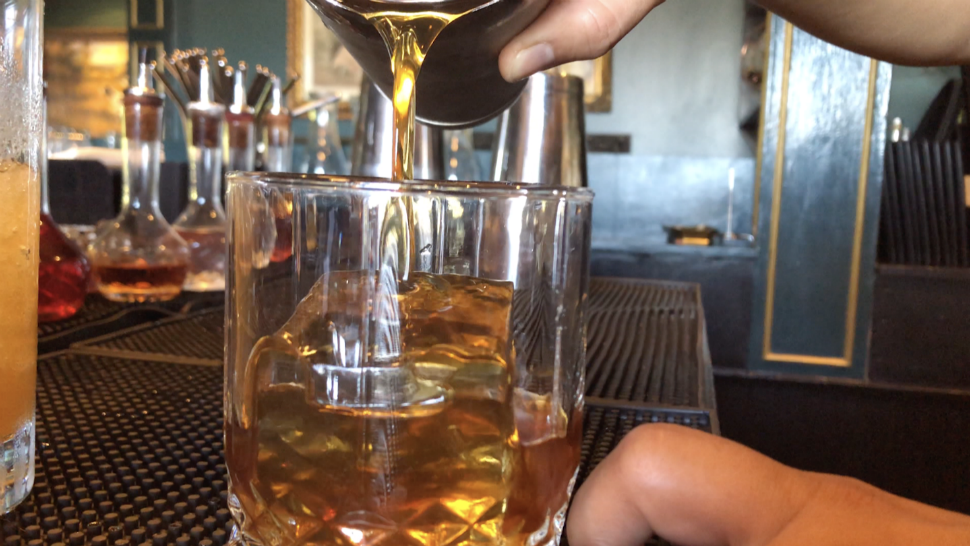 The bar serves up low alcohol and non-alcoholic drinks. Paul Zahn, Quinones’s friend is an expert in the beverage industry; he says this trend is gaining popularity.

“So, I think a lot of people are taking time to step away from the overindulging and over doing it. And a great way to do that is with low Alcohol By Volume and no ABV cocktails,” said Zahn.

Zahn says the movement started in Europe, but as L.A. becomes more health conscious, it is starting to catch on here as well, with an ever greater number of bars offering these types of cocktails.

About one third of the drinks ordered here, according to Quinones, are for low alcohol by volume or non-alcoholic cocktails.

“It’s a marathon, it’s not a sprint people, when you’re out at night on a Friday or Saturday night. So this is a drink that you can sustain your night a little bit longer,” says Zahn.

As night begins to fall and Quinones begins to prep for the rush of customers, this bartender is happy that her happy hour is all about moderation.

“I think the trend at large to take a break here or there or to switch to lower ABV is a general benefit for everyone and it lends itself to a more balanced lifestyle,” said Quinones.