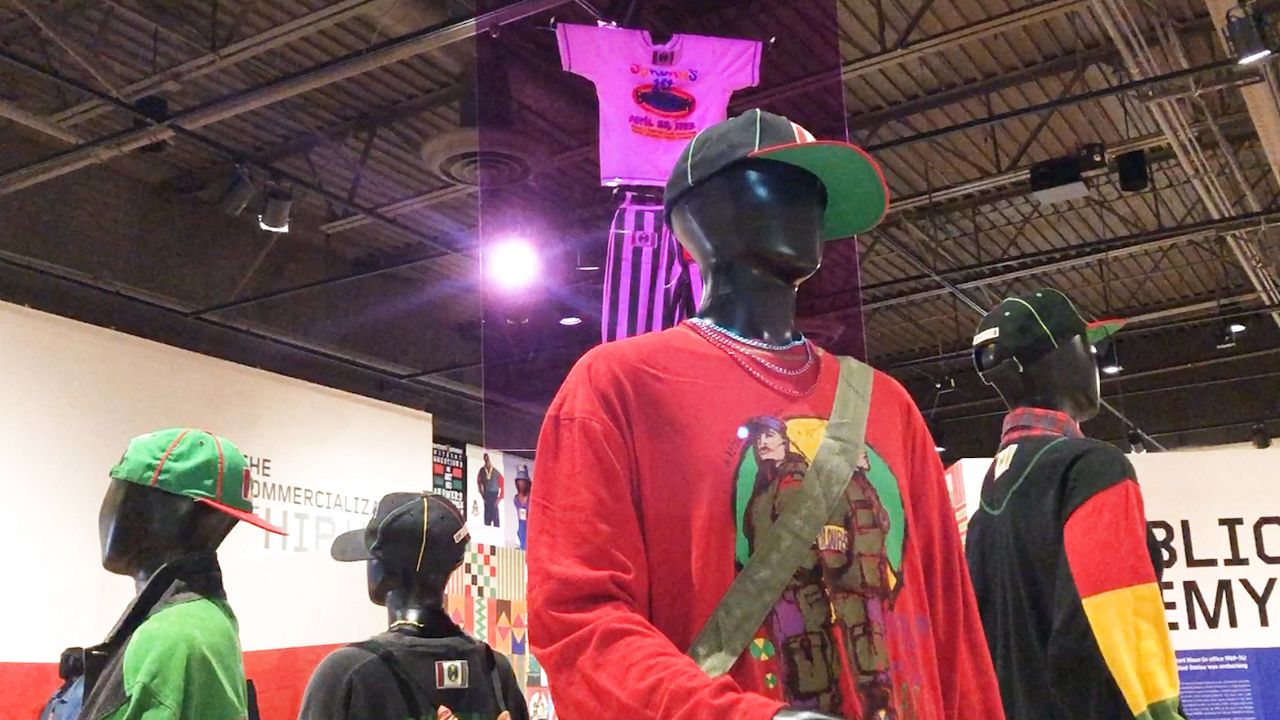 LOS ANGELES – It's hard to reflect back on the late 80s and early 90s without considering breakdancing. For the new "Cross Colours 30th Anniversary Black Fashion in the 20th Century" exhibition at the California African American Museum, dancing in the clothing from that era was one of opening night's many highlights.

“Just learning about me myself and where I came from and my history is what I’m enjoying,” said 12-year-old Kingston Shambulia.

Kingston wasn't even born when the Cross Colours clothing line was at its peak, but he has actually aspirations to be a fashion and sneaker designer.

His mother Tyana brought him to this exhibition so that he could learn about the roots of street wear clothing and culture. Kingston even got the chance to meet Cross Colours designer, TJ Walker.

“So you want to be a designer?" asked Walker.

“ Yeah. I think I want to design my own pair of shoes,” Kingston replied.

Walker and his business partner Carl Jones started Cross Colours in 1989, here in Los Angeles. They had a very specific vision in mind for what their brand would represent.

Walker said, “We wanted to identify a niche that we saw that was in the market. And we felt that we need to identify that and we did that by actually having black people on our, in our ads, on our hang tags.”

In the golden age of hip hop, Jones and Walker incorporated bright colors and graphic designs that reflected not just trends and fashion, but also a cultural embrace of Afro-centrism. When superstars like Will Smith and Magic Johnson started wearing Cross Colours the line blew up in popularity. That was in the early 90s.

But it was about more than just the clothing. Their social justice messaging and community outreach also addressed pressing issues of the day like racism, rising poverty, and police brutality.

“We were two garment guys thinking, 'Let's do something that revolves around the community, the culture, music, and that represents the street, represents us,'” said Carl Jones.

At the exhibit, Kingston learned a lot about how Cross Colours permeated popular culture and trends. And the fact that his cousin, Tyree Boyd-Pates, happens to be one of CAAM’s historians and curators made all of this that much more interesting.

But the highlight might have been the words of encouragement he got from a new mentor.

Walker pointed to his flashy bright red sneakers and said to Kingston, “These sneakers were made by a black designer.”

Walker and Jones have been busy relaunching Cross Colours, which is now available online. The Cross Colours 30th Anniversary Exhibition will be going through March 1, 2020.

There are 4 other new exhibitions that just opened at CAAM as well:

For more information go to: CAAMuseum.org