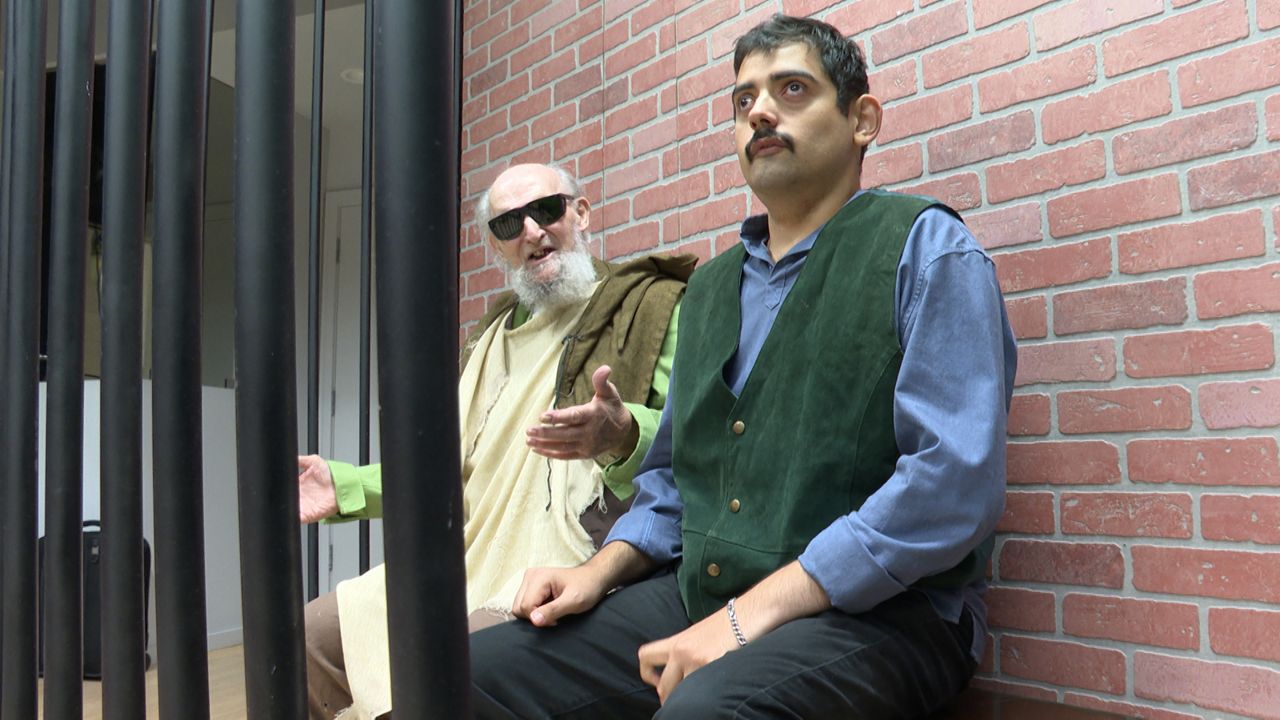 CULVER CITY, Calif. — It might look like a cell, but for Ernest Pipoly, this room is his happy place. Pipoly was one of the original four members of Theatre by the Blind. Fifteen years later, he has played more roles than he can count.

“Oh I’ve played hundreds of roles," Pipoly said. "So many, so many.”

Getting to Culver City is no easy feat.  The 78-year-old, who lost his sight to glaucoma decades ago, lives in Norwalk. Sometimes, he says, it can take up to two hours to get to rehearsal, but he is not complaining.

“I don’t go any place else," Pipoly said. "So when I’m at home, I kind of count the days. Let’s see. Now wait a minute…Monday, Tuesday, Wednesday! Then I start getting excited.”

There is a lot of excitement buzzing around the troupe lately. While they normally perform in the 50-seat Blue Door Theatre, on October 6 they will be taking their most recent play to the Robert Frost Auditorium, which can hold as many as 1,500 audience members.

“I’m so excited. They’re so excited," Greg Shane said. "We’ve worked so hard for this.”

Shane is the artistic director and one of the co-founders of the group. Blind in his right eye, he says he has always been interested in people pushing past their boundaries.

“I just want to create a way for people to gain independence and learn a stage, memorize a stage," Shane said.

To that end, he innovated a way to use a special textured surface so visually impaired actors can make their way around the stage safely and without assistance.

“No one’s helping them on and off stage," Shane said. "So they come on through the door, they’ll feel the mat and then they’ll know, that’s where they set the chair.”

Like all of their shows Point of Extinction was conceived entirely by the players. It also features original music performed by Rex Lewis-Clack, a piano prodigy who is both blind and autistic.

Which is exactly what the theatre company is doing – extraordinary things. Both on stage and in the lives of actors like Pipoly.

“I walk in and the energy is so great that I have to smile," Pipoly said. "They just cheer me up and I’m so happy to be here.”

Surrounded by talented friends who have become more like family over 15 years.

Point of Extinction will be performed Sunday, October 6, at 3 p.m. For tickets and information, click here.