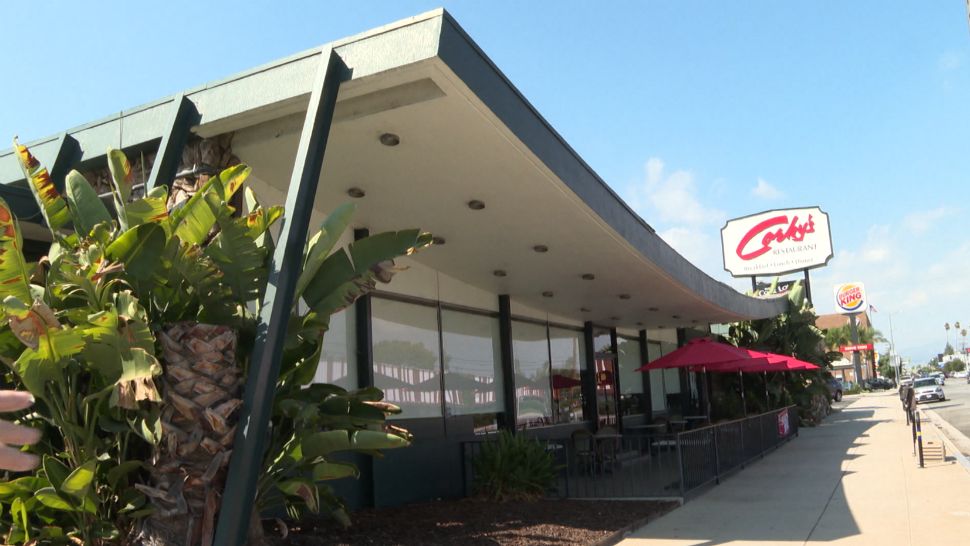 SHERMAN OAKS, Calif. – To most locals Corky's in Sherman Oaks is simply a comforting classic diner that offers up staples like BLTs and fresh pies a la mode.

For architect and historian Alan Hess, the restaurant is a prime example of the mid-century modern architectural style known as Googie. The name came from Googies, which was an ultra-modern West Hollywood eatery built in 1949 by renowned architect John Lautner, a student of Frank Lloyd Wright’s.

“Architectural critics picked up this term [Googie] and named it after that restaurant,” said Hess. “It became a hangout for Hollywood stars like James Dean and Marilyn Monroe and it embodied the basic ultra-modern aspects of architecture, but particularly Googie architecture, in the mid-20th century.”

There are many examples of this hip, jet-age style throughout SoCal and Hess even wrote a book about many of them in the 1980s. Since then Hess says a third of them have been lost to the inexorable push of urbanization.

“These Googie coffee shops were quintessentially Southern California,” said Hess. “They had to do, not only with the [post-WW II] boom, with new population coming in wanting a new type of restaurants, but it also had to do with the automobile.”

Corky’s wall-of-glass frontage is an example of this appeal to car culture. Not only did it let in the Californian sunlight, but it also made the restaurant interior easily visible for passing cars.

“They would see activity, people, it must be a good restaurant, I think I'll stop,” said Hess. “So, it made it the entire front of the building basically a big billboard.”

But why should we care about these buildings, which some might view as just old-fashioned or kitsch?

“These Googie coffee shops tell us who we were and therefore who we are,” said Hess. “They’re very important to the vitality of a city to have these reminders of why are we special. What's different about us? Why are we different than Phoenix or Houston?”

Although many Googies have disappeared over the years, Hess remains committed to helping preserve these quintessentially SoCal structures, which he says brought modern architecture to ordinary people in their everyday lives.