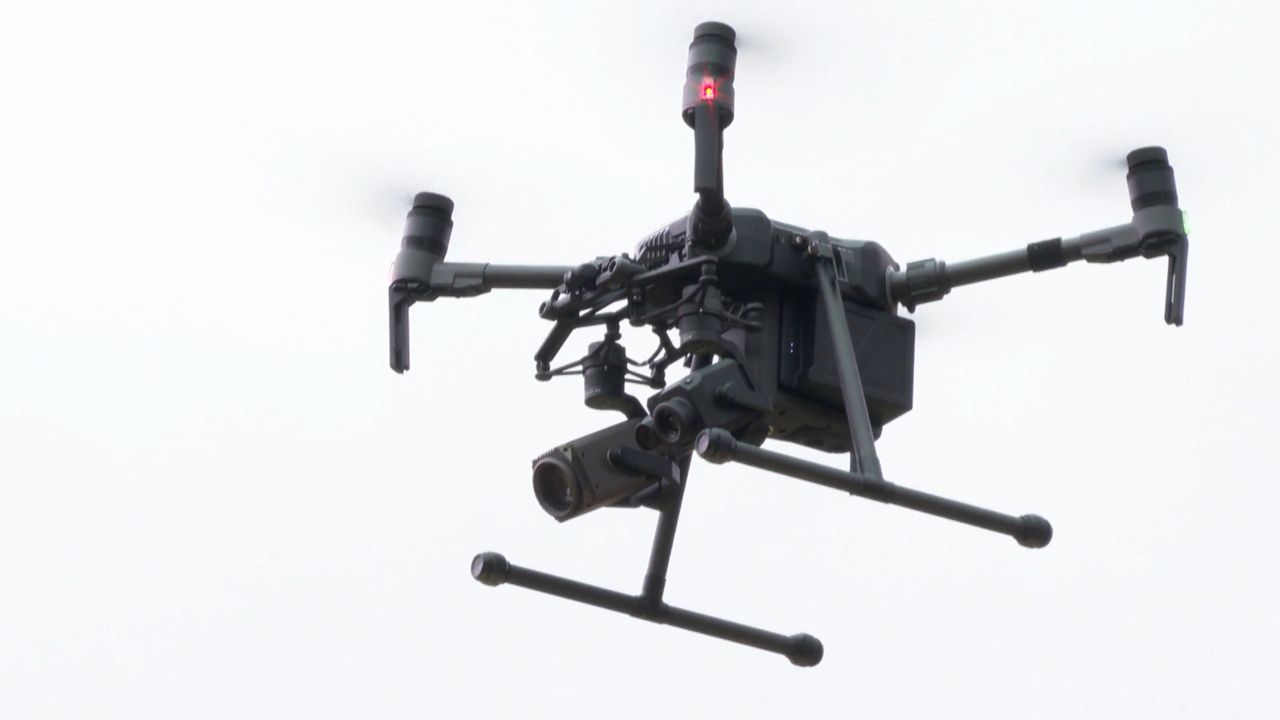 SUN VALLEY, Calif. -- Most people use drones as a hobby or for film making. Derrick Ward a 30-year veteran of the Los Angeles City Fire Department is using them to assist with a mock search and rescue.

Using the drone, he is able to quickly find the location of a person in need of rescuing so emergency crews can go into action and remain overhead for assistance.

“Once they arrive, I’m able to identify the hillside, any dangerous areas that they may need to go through to actually get access to the patient.   I verify a safe route for the rescue team to actually take to get there and mitigate their rescue,” said Ward.

He is one of two full-time drone pilots for L.A. City Fire.

He’s seen first-hand the importance of using drones in all types of emergency situations.

What makes this particular drone special are the two cameras that are attached, both with state-of-the-art function.

During the rescue exercise he was able to show both an 180x optical zoom and a thermal camera to sense the heat signatures of a potential patient.

Ward has teamed up with a local drone company and telecom experts.

In the demo we witnessed, a community drill organized by the 501(c)(3) Community Disaster Preparedness Foundation, not only were they able to get multiple drones in the air, but they were also able to send video back to base camp, as well as stream live over the internet for first responders to see while one the go.

Even though it was just a demo, the idea that someone’s life could have been saved with this new tech is what’s the most exciting for Ward.

“It’s a persona vendetta to be able to go out and be able to have a job where you’re saving lives and property,” said Ward.