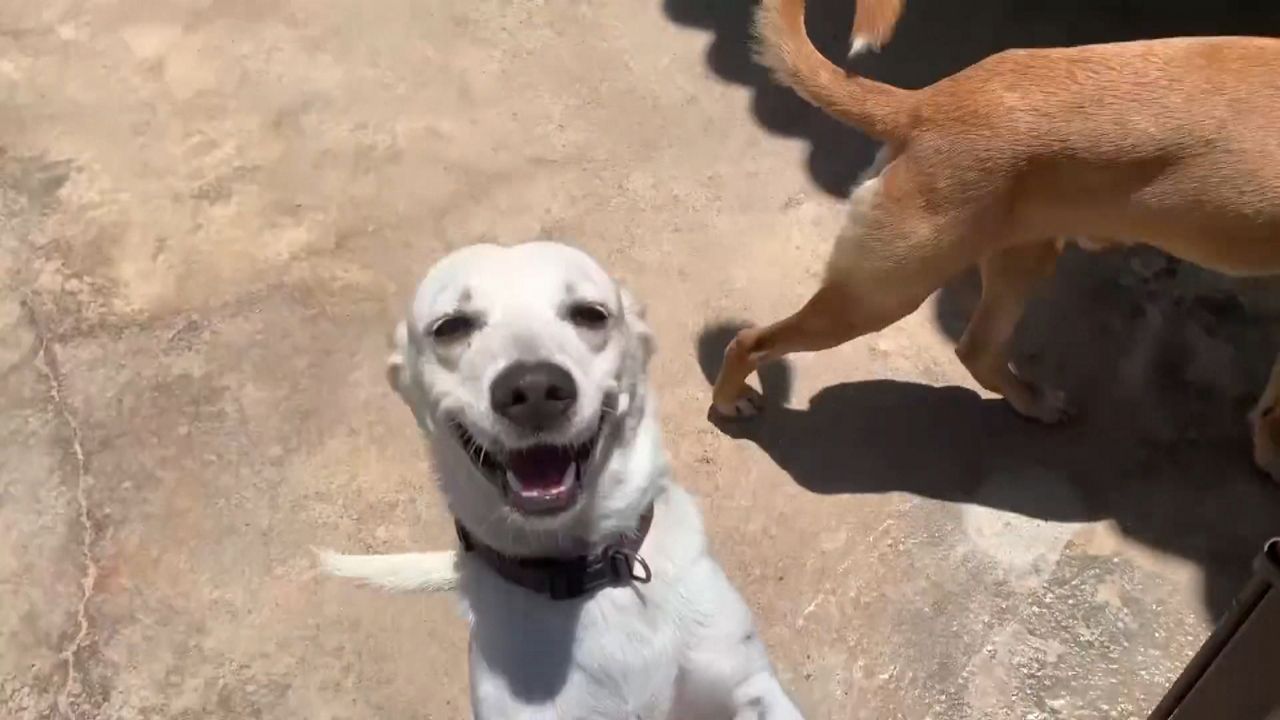 LOS ANGELES – Hollywood actress Roselyn Sanchez has a soft spot in her heart for the stray dogs of her native county Puerto Rico.

She says the problem is so bad that she decided to make her directorial debut, a film called Satos – which translates into “mutts.”

“We have to be very honest that we have a  problem with an overpopulation of stray dogs on the island," said Sanchez.

She and the film’s producers, Paul Kampf and Juan Agustin Marquez, showed us scenes from the film. They hope it will shed light on a problem, that they say many people have become desensitized to.

Traveling through Puerto Rico, signs of destruction left by Hurricane Maria are everywhere. And so were stray dogs.

They roamed the streets and the beaches. Even the resorts can’t hide the problem from tourists.

Finding the stray dogs forever homes is the goal of Amigos de los Animales, a shelter just outside of San Juan owned by Adri Lastra. She is temporarily housing dozens of dogs in her own home, until they can be adopted.

She says stray dogs have always been a problem on the island but, the population spiked after Maria hit in Sept. of 2017.

“People left the island and didn’t take their pets,” said Lastra. “But there was a horrible situation because FEMA would not permit people to fly their pets.”

She says there has never been a census, but the film’s producers say the number of dogs is somewhere between 300,000 and 500,000. Many dogs are suffering from rabies and eating what they can to survive.

Sanchez says she knows the people of Puerto are Rico are healing from their own traumas after the hurricane and a recent change in government. And with crime and other problems plaguing the island, helping the dogs has fallen down the ladder of priorities.

But she says the solution can be simple.

“If you’re going to have a dog, fix it, if you see a stray dog take it to a shelter,” said Sanchez. “It’s all about spay and neutering at the end of the day.”

But with too few shelters, and animal control centers resorting to high euthanasia rates she says Americans can help too. They can donate to rescue groups or they can adopt dogs and bring them back home. She urges everyone to not forget about the animals that depend on humans to survive.