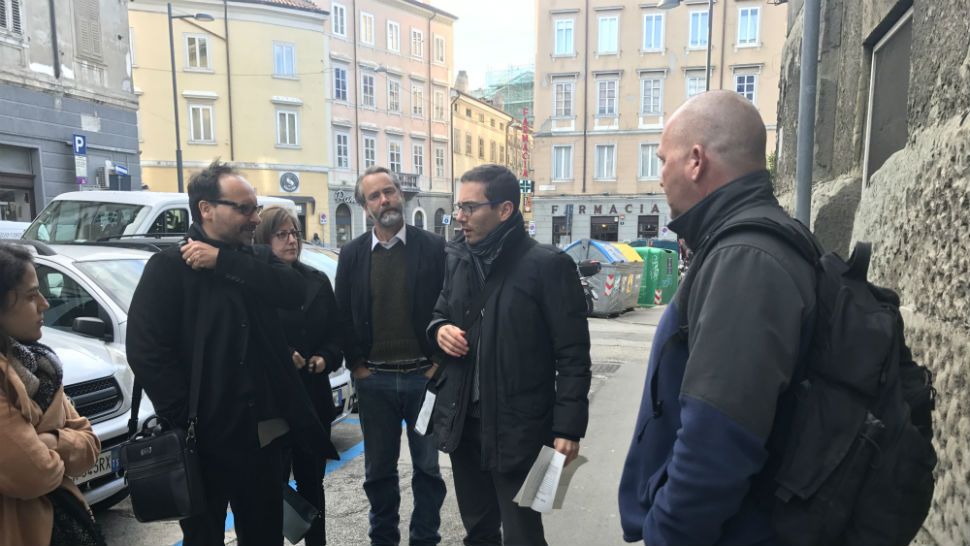 State Leaders Travel to Italy for Answers to Homeless Crisis

LOS ANGELES – A delegation of about 40 local and state leaders are heading to Trieste, Italy this week with the hopes of reforming the American mental health system.

“There’s something about the guiding principles in Trieste, Italy that are so human based,” said Kerry Morrison, who organized the trip.

During Morrison’s time as Executive Director of the Hollywood Property Owners Alliance, she became obsessed with getting the mentally ill off the street. She ultimately left her job to take a Stanton Fellowship and hopes to bring a pilot project based on what she learned to Hollywood.

Morrison says it takes a network of family and friends to help heal someone with severe mental illness.

“It doesn’t cost a lot of money to be in relationship with people,” Morrison said. “What we’ve done in America is create so many rules and restrictions…that are informed by risk management concerns and not by human concerns.”

Morrison’s annual trip to Trieste has ballooned over the years, as more leaders seek to solve the homeless crisis. But she says folks like herself, who want to help the mentally ill navigate a complicated system as they are often shut out by medical providers.

“I am held back for privacy concerns ‘there’s HIPPA reasons we can’t talk to you’ but it’s like ‘no, I am the person who’s actually in relationship with this person. I want to give you some insight into how they are reacting to their medication,’” Morrison said.

On this trip she hopes to bring back solutions, rather than souvenirs, from Italy.

While reporting on this story, I’ve learned so much about how our system actually works against those who need help the most. Privacy laws shut out friends and family. Jails have become the new asylums. First responders have to wait for someone to break the law before they help. pic.twitter.com/N7vl8kG7bo