TOPANGA, Calif. – Nestled in Topanga, carved into the canyon itself, is a theater – rustic and wild, rich in history and carefully cultivated by several generations of one family tree.

For decades, audiences have entered this space, sat under the stars, and found themselves utterly transported.

Ellen is the family matriarch. She’s been involved in the theater since day one, along with her sister Melora Marshall, who’s appeared in more plays than she can count.

The same goes for Willow Geer, Melora’s niece and Ellen’s daughter, who jokes, “With my mom as the Artistic Director it was, ‘Can’t pay a babysitter, put her in the play.'"

While most actors don’t want to be met with the sound of crickets, at Theatricum Botanicum, that’s part of the charm.

The company is known for performing Shakespeare, but Melora says in this castle, nature is king.

“Because it’s all outside and you sit out there on a summer night and watch a show and you’re listening to owls and crickets. You can hear the frogs croaking at the top of their lungs,” Melora said.

It’s a magical setting but the roots go back to a turbulent time. Ellen’s father, Will Geer, had had a very successful acting career when she was a child.

“We had been living in Santa Monica where papa’s like a, you know, movie star," she remembered.

Then came the McCarthy Era. The Red Scare. And Will was blacklisted.

They sold their home and bought this property in Topanga – the middle of nowhere as Melora calls it. But according to Ellen, that was the point.

“It was safer to be isolated because people didn’t like us," she recalled. "Red diaper babies. Things like that. But it made us all very, very strong.”

For a time, Will and his family lived off the land, growing a garden and a community. Other blacklisted artists were invited here to work. Actors, writers, folk singers.

By the early 70’s, Will was getting hired again. He was cast as Grandpa Walton and the family officially founded Will Geer’s Theatricum Botanicum – which literally means 'Theater of Plants.'

“He was a botanist," Melora explained. "His whole life was plants.”

She lives here, in the original house, tending the gardens. But tending the theater – that’s a family affair.

Ellen’s husband Peter writes original music. Her children and now grandchildren have all played roles on stage and off. Last year Ellen got to share the stage with her granddaughter Quinnlyn in a production of Corelianus.

“It was the one of the best things I’ve ever done," she said, "To see the fourth generation go.”

Running a nonprofit outdoor theater poses unique challenges, but Ellen’s kept it going, for her father, for her family, and Willow says, for the community.

“Her whole life is about serving community," Willow said. "She’s a real social, civic-minded person who wants to make change, who wants to show people how they can be the best versions of themselves through theater, through art.”

And the people keep showing up to learn. On a summer evening, the grounds are filled with patrons who have been coming for 10, 15, 20 years. The public supports them in other ways too. Much of what they work with is donated.

In 1984, a local man gave them the wood from the old Santa Monica Pier. That wood became the stage.

“And all the preschool fathers in Topanga put this up for us," Ellen said, pointing to a small plaque. "Before that we were working on the ground here in the mud and the dirt.”

Will Geer’s Theatricum Botanicum is a true repertory theater.

Each summer, they mount five shows, performing them in rotation so an audience member could conceivably see all five in one weekend. Ellen has performed in many of them, but she’s also built a reputation as a visionary director who doesn’t confine her actors to traditional casting. 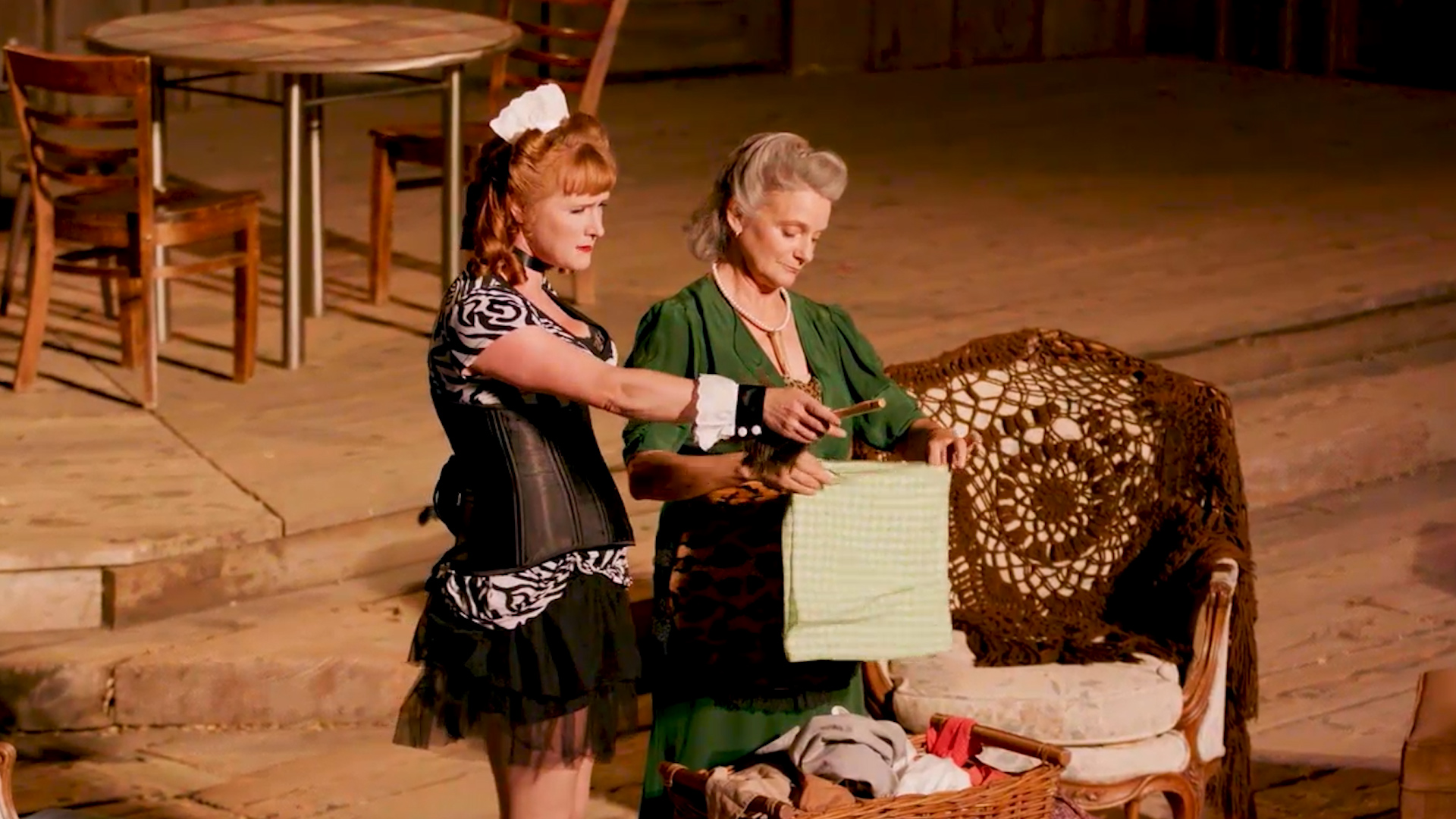 Ernestine Phillips has been performing here for 20 years.

“Ellen has given me the opportunity to play, I mean, every kind of role imaginable," she said. "Because this theater prides itself on its diversity. That’s what I like about it so much and I appreciate Ellen for that like, forever and ever and ever.”

While she never met her grandfather -- he died a few years before she was born -- Willow knows how hard her mother has worked to keep his vision for Theatricum Botanicum alive and she feels a responsibility to play a role in its future.

If nature shows us anything, it’s that things change, but for nearly 50 years, the family says their mission has stayed the same -- a perennial promise to themselves and the community.

“As long as we keep bringing in people who understand and appreciate what we do, Melora said, "there’s no reason for it to change, except to get better.”