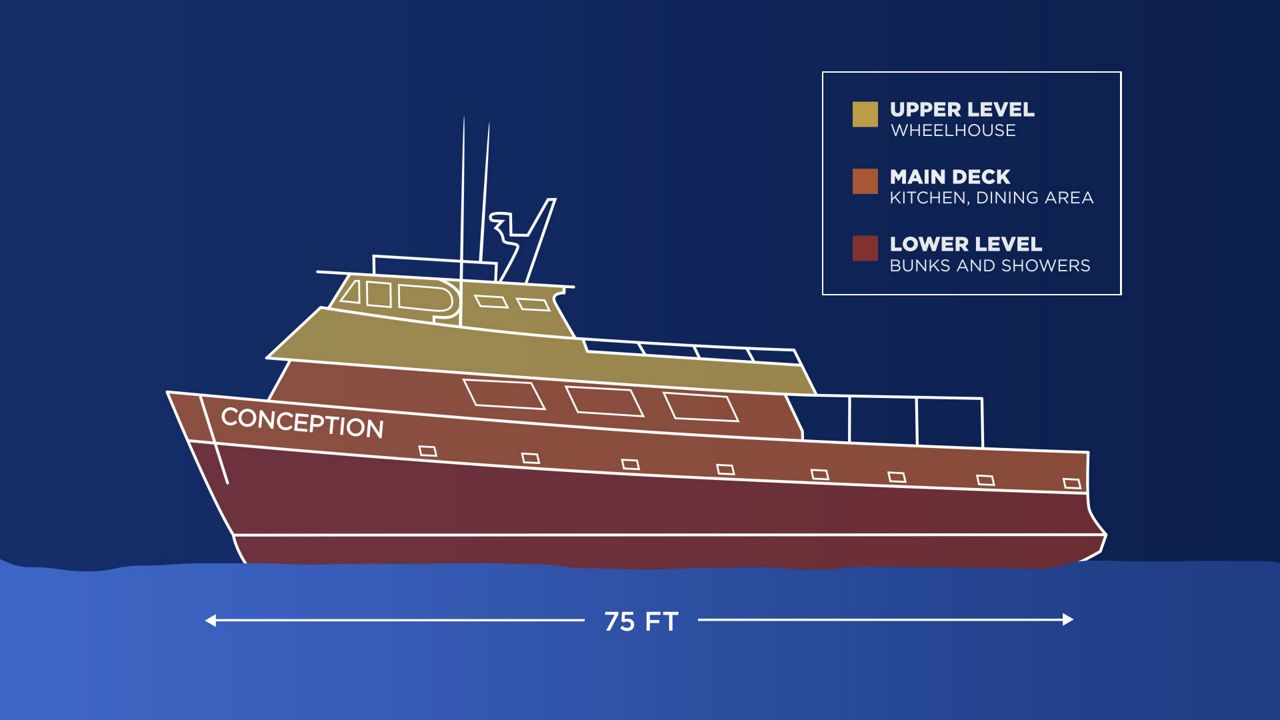 Inside "The Conception" Dive Boat

LOS ANGELES –  The Conception was a 1981 diving boat owned and operated by Truth Aquatic in Santa Barbara, California.

The 75-foot vessel had three levels:

On the top level there's a wheelhouse or "bridge" is where the captain and crew steer the vessel. There's also a sun deck with stairs leading down to the main deck.

The crew reported being in the wheelhouse when the fire started and believed it broke out in the salon area. A surviving crew member on the Conception told investigators he woke up to a noise around 3 a.m. on Labor Day. When he came outside he said the stairs to the main level were engulfed in flames and the only way down was to jump. 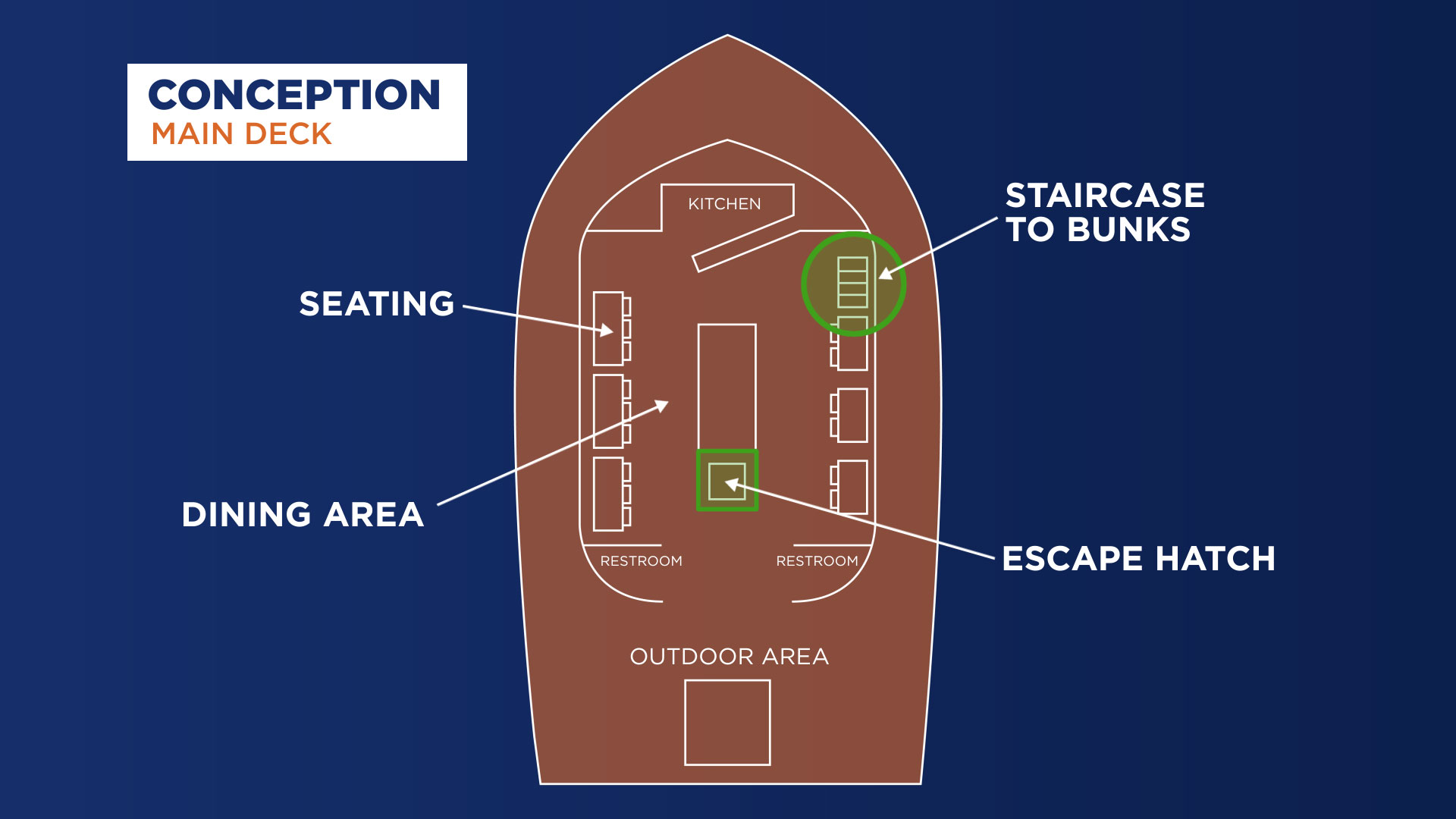 On the main level of the boat was the galley and salon, as well as an outdoor main deck where all the diving equipment was kept. The galley is a small kitchen with electric-powered cooking equipment. The salon is the living area where people can hang out, eat and charge their electronic devices. Outlets were available on this level for charging phones, cameras, underwater lights and laptops, some of which might have contained lithium-ion batteries.

The ATF is looking at charging units as a possible source of ignition. 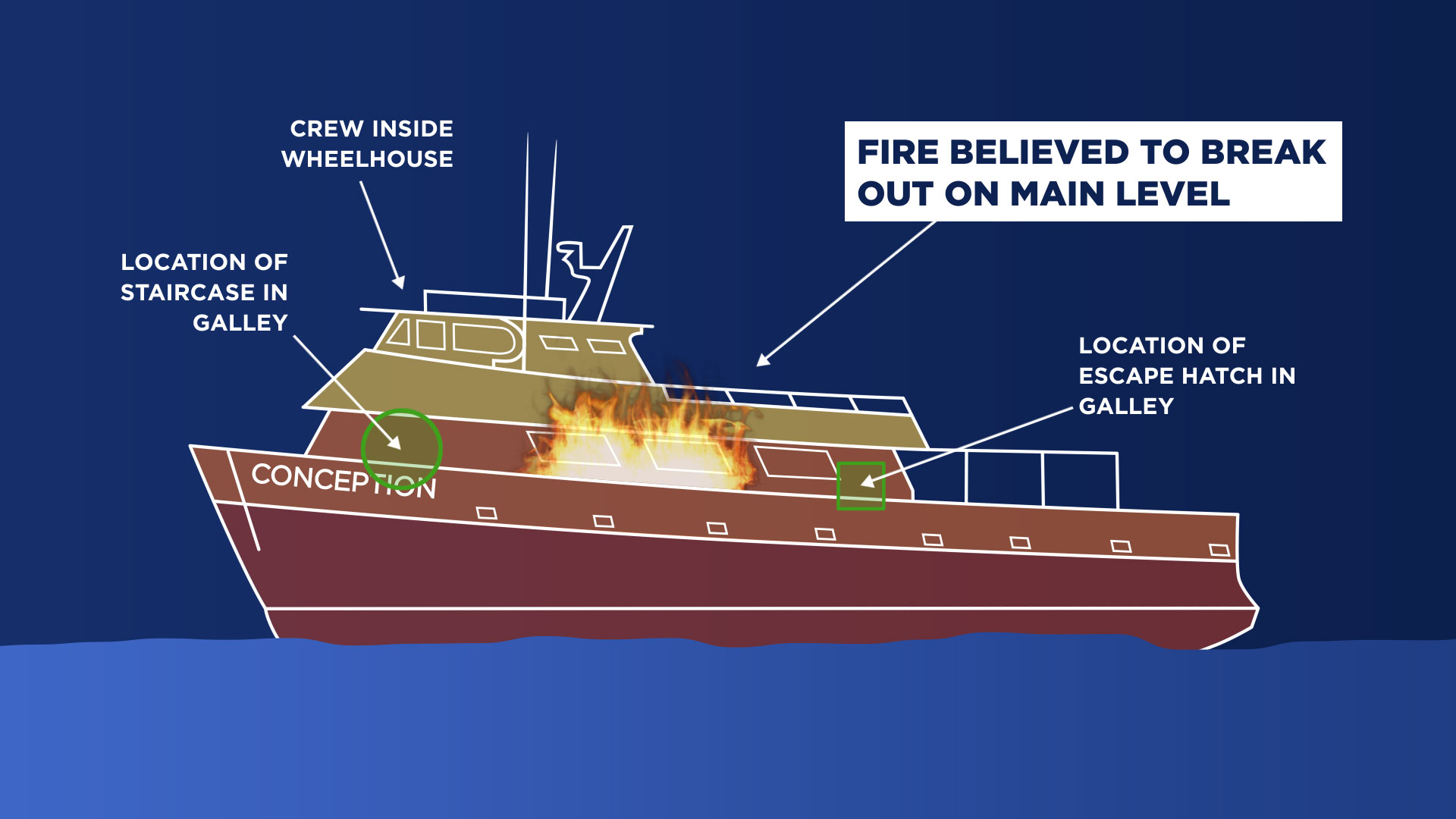 On the third level was the engine room below the main deck and the bunk area (also known as the "berthing" area) where 33 passengers and one crew member were sleeping.

The bunk area is the only area required to have smoke detectors, but they weren't required to be wired to the wheelhouse based on the age of the vessel. 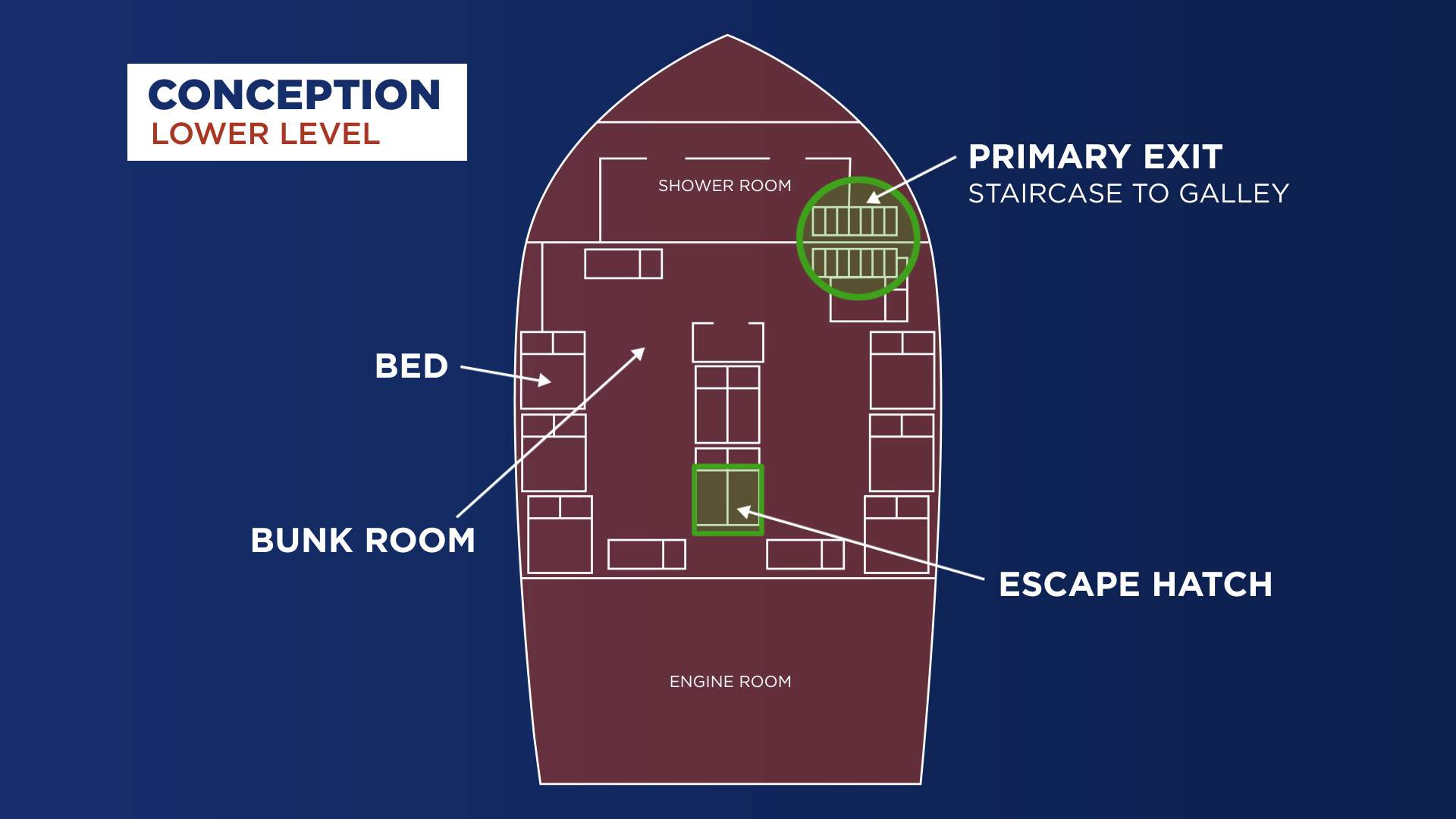 There were two escape routes available to passengers in the bunk area in the event of an emergency. A staircase near the front of the boat that led into the galley, and an emergency hatch located above two of the bunks.

One of the concerns raised by the NTSB is both emergency exits led to the same area, which was reportedly engulfed with flames.  This may have left passengers trapped with no ability to get to safety as the fire spread.

The NTSB will release a preliminary report in the coming days which will provide a more detailed account of what happened that night based on interviews with the crew.

The Coast Guard has already put out a safety bulletin, which identifies regulations related to firefighting, lifesaving, preparations for emergencies, and means of escape.

The exact cause of the fire could take up to a year to determine.