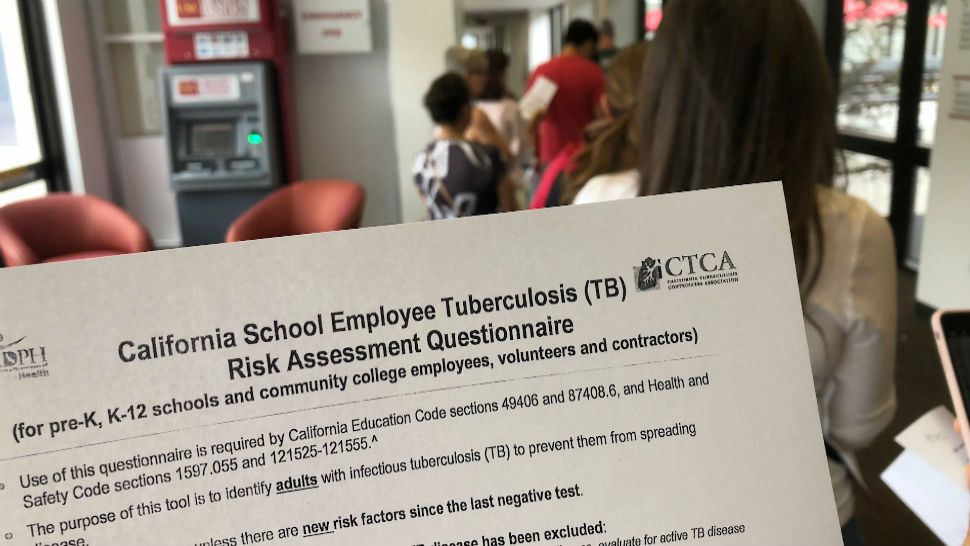 GLENDALE, Calif. – There is a shortage of Tuberculosis testing supplies.

One of the simplest and most common ways to test for latent TB is often referred to as the skin test. Nationally, there is a shortage of these supplies.

Verdugo Hills Hospital in Glendale has run out of TB testing kits. Several parents came to the hospital on September 10 to get tested for TB. Instead of the traditional skin test, they simply answered a few questions and that was it.

“I don’t like needles so it’s better that way,” said John Francis, a father who was screened.

TB is caused by bacteria and usually attacks the lungs. It is highly contagious and potentially deadly.

There are two types of TB: latent and active. The traditional skin test is a cheap way to test for the latent kind. Latent TB means the body is handling the disease well and can’t get others sick. Only the active version of TB is infectious.

Dr. Jonathan Grein is the director of hospital epidemiology at Cedars-Sinai Medical Center. He says you would most likely know if you had active TB because of the symptoms: a fever, cough, even unintentional weight loss.

“There’s really no perfect test to test for Tuberculosis and so really one of the most important things we always ask about first is risks that people could have to be exposed to Tuberculosis,” said Dr. Grein.

Dr. Grein says the shortage of tests could last months. The cause is unclear.

“For places that really relied on this test it could be a bit of a challenge to switch to an alternative test,” said Dr. Grein.

It is important to remember there are other tests for TB. Dr. Grein says latent TB could become active down the line.

“USC Verdugo Hills Hospital has provided free tuberculosis screening for local school district volunteers for the past several years. Although there is a nationwide shortage of tuberculosis skin tests we followed the California Department of Public Health guidelines that state that only those who are deemed at high risk for tuberculosis after answering a risk assessment questionnaire would need additional testing. This questionnaire was developed by the California Tuberculosis Controllers Association in 2015 to replace the mandated tuberculosis exam. The risk assessments administered yesterday are sufficient for our volunteers and meet the requirements set by the State of California and the local school districts.”