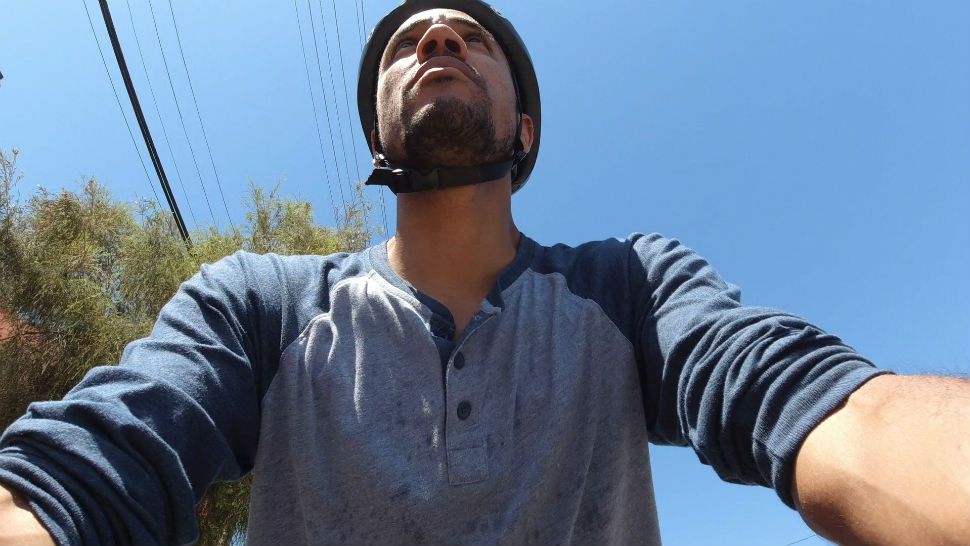 SILVER LAKE, Calif. – Seeing the city from the seat of his bike gives Derrick Paul a unique perspective. But even with all his experience, he admits, he still gets scared.

Just recently Paul said he was cycling past Dodger Stadium when he had a near run-in with a car door.

“Missed them by inches but that was really scary," Paul said. "Some things like that, how the street is configured now, it’s just unavoidable.

The solution, he says, is to reconfigure the area. Paul is one of the organizers of Sunset4All, a movement to make the busy boulevard more bike and pedestrian friendly. The idea is to take the bike lanes that currently exist on each side of the street and combine them.

“To make it bidirectional on one side of the street," Paul said.

Paul says this would leave five lanes of traffic intact, along with most of the parking. Parking actually plays a key role in this. By moving the parked cars away from the curb, they actually build a protective barrier between the bikes and the traffic. Paul says that would eliminate common obstacles like parked trucks blocking the bike lane, forcing cyclists to swerve into traffic to avoid them.

Obstacles are risky for seasoned cyclists, and a big deterrent for recreational riders. Terence Heuston has been biking on L.A. streets for years. But his family seeks out protected bike lanes in places like Long Beach and Santa Monica because they are safer and not just for cyclists, he says.

Researchers analyzed data from a dozen big cities and found protected bike lanes reduced traffic related injuries to all road user by half.

“To put that in perspective, if you reduced traffic related injuries in L.A. County by 50 percent, 30,000 people less would go to the ER each year," Heuston said. "So we have a major public health crisis.”

Will businesses get behind any plan that eliminates even some parking spaces? One owner who didn’t want to go on camera said, absolutely not.

Krista Olafsen Kyle of Happy Socks sees both sides. She drives to work and doesn’t love the idea of further limiting parking, however, she says a bike lane could bring more foot traffic.

“When you have people on their bike, you have them on the street really looking around at what we have here as far as stores and things to offer," Olafsen said.

This stretch of Sunset is already listed on the city’s High Injury Network, but any decision will need to come through elected officials. For now Paul is focused on building public support.

“I think more people would come out and use these things if it was more comfortable," Paul said.

It is a long road ahead but at the end he thinks it can be a better one.