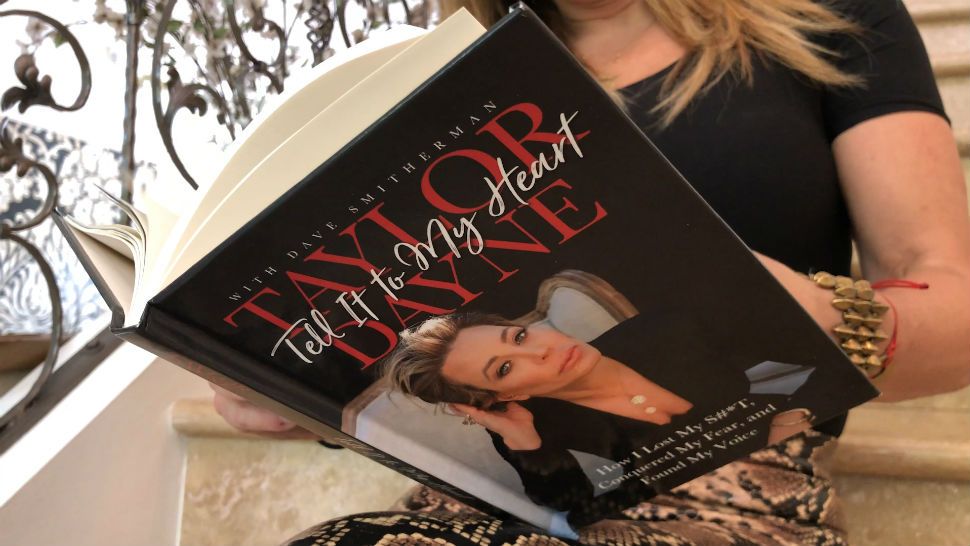 LOS ANGELES – Thirty three years later, there isn’t a single visible wave left in Taylor Dayne’s hair. Those curls may not have stood the test of time, but her music is a different story.

Dayne rose to fame literally overnight with the 1987 pop dance song, “Tell It To My Heart.” Within one year, she was opening for Michael Jackson.

“I think I communicate through music the way I feel. Whether it’s “Prove Your love” or “Tell It To My Heart” it comes through and I think there’s a massive connection,” she said.

People loved her, and loved the story she told through music. Now at the 30-year anniversary of the hit, she decided to write a memoir to share the story of the people she knows and loves. She details not only her rise to stardom, but also the abuse she experienced as a child.

After selling more than 75 million albums worldwide and seemingly having it all, she felt lonely. There was something major missing. She wanted to be a mom, but she couldn’t have a baby the traditional way.

“I love men yet it’s been an incredible challenge for me," she said.

In 2002, she became a mom to twins via surrogate. Dayne entered a motherhood symbolic of living life on her own terms. She went on to encourage women not to be reliant on men, and not let heartbreak break you down.

“It touches me because I’ve always said to women – these are emotions they pass, don’t bind to it,” Dayne said.

Her music may be the true definition of timeless.

“As you say you you’re 30 your mom is probably 55 and that’s when I started. Thirty years in the game is a long time. I guess that’s what timeless means, it touches people it’s not ignorable,” she said. “I feel like I’m in the most fullest portion of my life."

Knowing that, unlike her music, heartbreak goes away.

“It’s about feeling good about where I sit where I am at today. And my fans who have traveled with my me, and their children,” Dayne said.