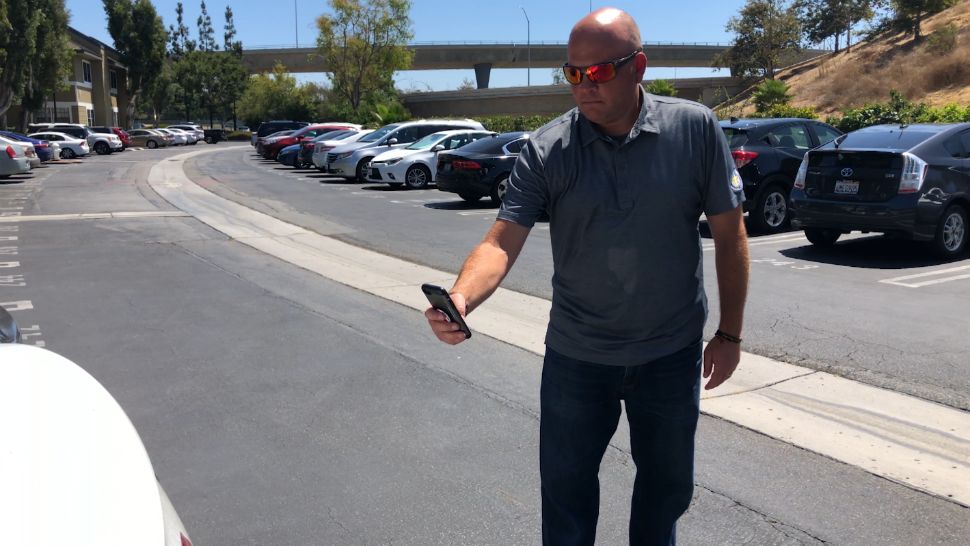 COSTA MESA, Calif. – It might make some drivers a little nervous to see someone taking a picture of their license plate, but Orange County resident Rob Piscopo is actually doing a favor for car owners.

Piscopo is an ambassador for Carma Project, a company that gives people looking to make an extra money incentives to help check for recalls that car owners may have ignored. It is a simple process, snap a pic of a license plate, or input its number, and then Carma Project runs the plates to find out whether or not this car has outstanding recalls.

Anyone can do it for family, friends or like Piscopo, who does it for total strangers.

“It’s a little awkward to go up to someone at a gas station, but I’ve found once you explain to people what you’re doing, they’re very, very receptive to it,” said Piscopo.

Tony Lim is one of the company founders. Carma Project was originally developed for the Takata airbag recall in what the National Highway Traffic Safety Administration calls “the largest and most complex safety recall in U.S. history.”

The Administration expects 70 million airbags to be recalled by the end of 2019. The airbags could explode when deployed, which already led to deaths of 16 people, according to the Administration.

Even though the project is partnered with Toyota, it is helping people with recalls across 19 different automakers. So far the project has helped 1,400 vehicles receive repairs since launching in December 2018. Its success is attributed to its peer-to-peer, crowdsourcing nature, which is more personal than recall letters in the mail that often go ignored.

“We think that if you change the delivery mechanism by which the information is shared and then have that come from someone that you know, someone that you trust, you’re more likely to one view what your friends or family members shared and more importantly two take action on it because it’s coming from someone you know and someone you trust,” says Lim.

For ambassadors like Piscopo who are on the ground and sending these alerts to car owners, the $55 he receives for a car that fixes its recall is a nice reward, but he doesn’t do it for the money. He worked for Ford when the Firestone recall was in effect and as he keeps punching in plate numbers, he says that the technology helps deliver a simple message.

“We’re talking about deadly airbag recalls so helping one person only can have a significant impact,” Piscopo says.