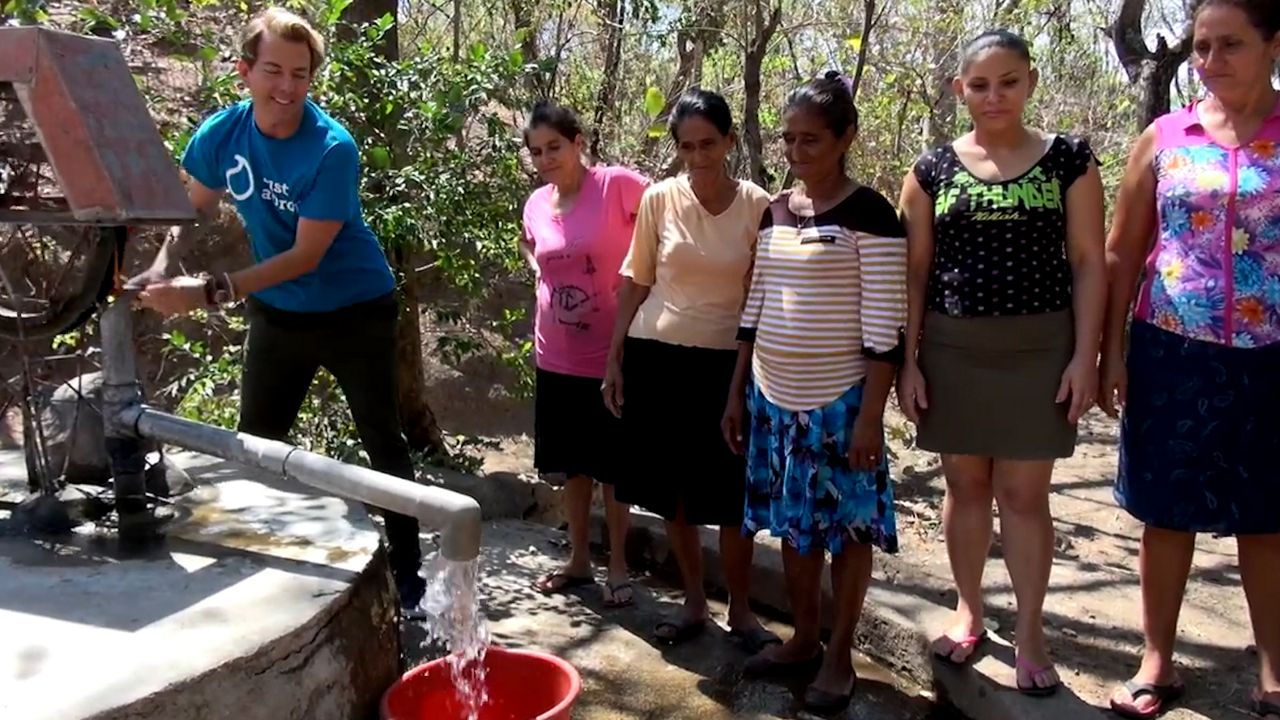 WEST HOLLYWOOD, Calif. – Helping kids get clean water in Nicaragua. It’s a far cry from Derek Warburton’s glamorous life at the Chamberlain West Hollywood, but not a far cry from how he grew up.

“When I’m helping the homeless, it reminds me so much of my childhood,” he said.

He and his family were homeless in his early teens and then one day, he remembers having a feeling.

“I was 15 and I decided it was that life for me and I was going to survive,” he said.

He picked himself up and got himself off the streets. Always loving fashion, he eventually became a celebrity stylist in New York, and about five years later, moved to Los Angeles.

“Hollywood needs people who want to come and help. The homeless situation is out of control. A lot of the homeless are people who came here to tried to live their dreams and it didn’t work out,” he said.

People like him. Except his dream did work out, so now he wants to pay it forward, so he started working with the Union Rescue Mission.

“Grassroots, they’re on the ground downtown, taking in hundreds of people a day. Unfortunately, they don’t have enough beds,” he said.

He has helped promote the shelter and host fundraisers to raise money for their efforts, and to help them get clothes for the homeless.

“Clothing is so important. How are you going to get your first job interview?” he said.

As his star grew in the world of fashion in L.A., as creative director of LaPalme Magazine, he never stopped giving back. He’s a Goodwill Ambassador for Just A Drop, spending time visiting various water projects like this one.

"Everyone is happy and grateful,” he said.

Grateful they have people like Warburton helping them. A few years ago in 2016, the state of California named him the Style Ambassador of L.A., for his work being an advocate for those in need.

It’s the most full circle moment of his life. A life he finally feels has allowed him to use his glam for good.