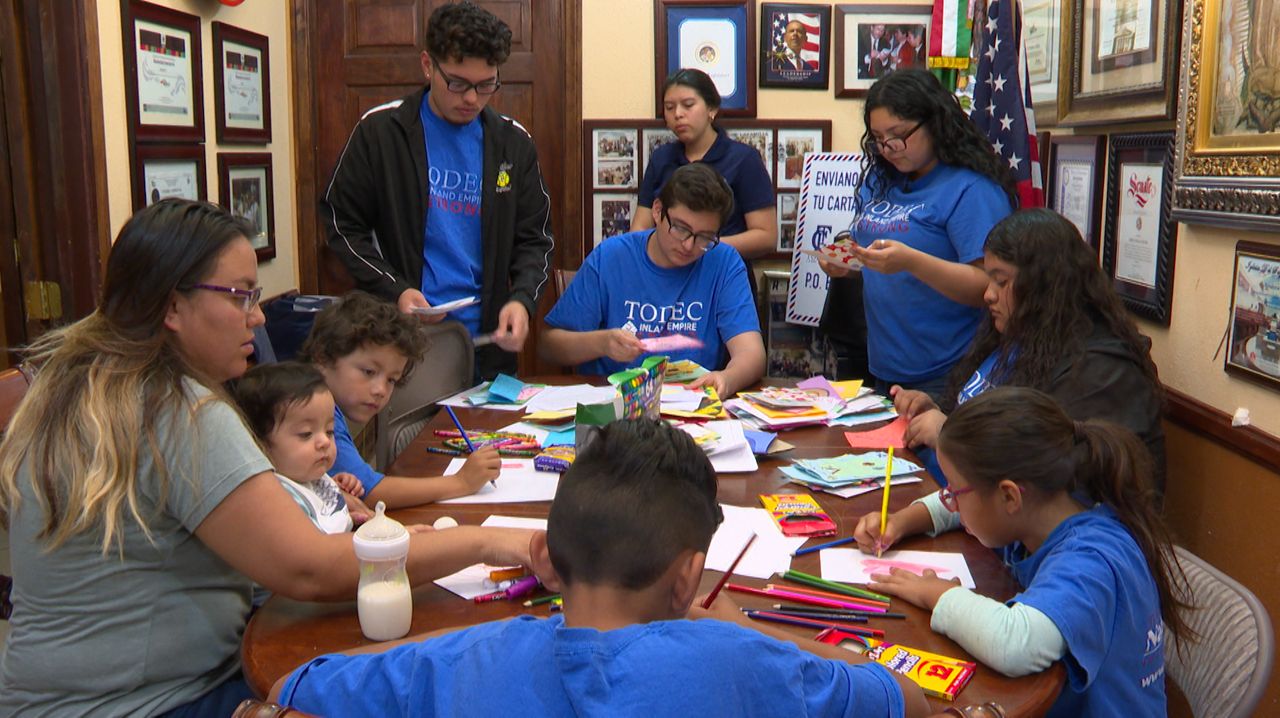 PERRIS, Calif. — Migrant children and kids who grew up around undocumented people have something in common.

Jayleen Cardenas says they both understand what it means to live in fear and that’s why she’s been writing letters.

“My goal is to let them know that everything is going to be OK and that we’re on their side,” said 17-year-old Cardenas.

Cardenas says there are many families living in Riverside County who are worried about being deported by U.S. Immigration and Customs Enforcement agents and subsequently taken away from their family.

“We’ve all been taught at a very young age what immigration is and that not all people are here legally,” said Cardenas.

Instead of letting that fear take over, she and other kids that are part of the youth group at the TODEC Legal Center in Perris created the "Letters of Love to Kids" campaign. They meet up every month to decorate and write more than 700 handwritten letters to migrant children who were separated from their families.

“It’s like a proud mom moment, because it came from them and their hearts, because although right now we’re living in an era where there’s a lot of hate, we came together to bring love and show love,” said Gallegos, who says she grew up at the TODEC Legal Center and has dreams of becoming an immigration attorney.

The center has delivered more than 10,000 letters to children in detention centers in Texas, Arizona and California since the campaign began a year ago. But with all the outgoing mail, the youth group has yet to receive a reply.

The children who receive the letters are often shuffled between detention centers or sent back to their home countries.

“I wonder if they do have hope, if they do feel a tiny bit of happiness,” said Cardenas.

Despite not hearing back, the teen says the act of writing a handwritten letter to children who are in need of support during their darkest times, brings comfort to children like herself.

If you’d like to help the center by writing letters to children, please visit: todec.org/letters-of-love-to-kids