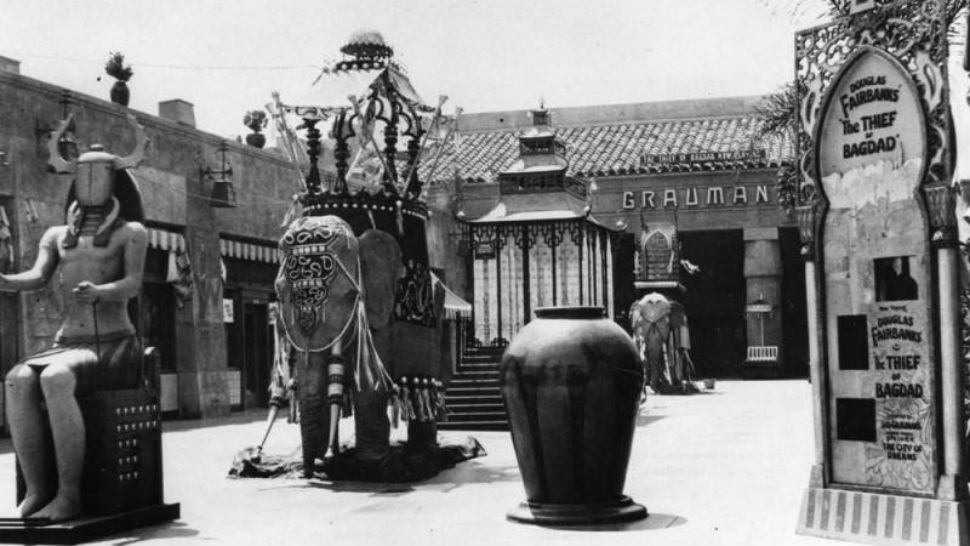 HOLLYWOOD, Calif. – Everyone loves a Hollywood ending, but it is the possible ending of a Hollywood tradition that has Richard Schave at the edge of his seat.

Schave and his wife Kim Cooper run a sightseeing company and consider themselves to be avid preservationist.

“And Hollywood is near and dear to our hearts," Schave said.

The couple cares deeply about the Egyptian Theatre. Built by Sid Grauman, the theatre played host to the very first Hollywood movie premiere almost 100 years ago.

“October 1922 Adventures of Robin Hood opens here," Schave said. "This is pure Hollywood fantasy and this is so much a part of the cultural history of Hollywood.”

It is a piece of Jim Hosney’s history too. Looking at the building, the retired film teacher says he sees his youth.

“When I was in Junior High School we took the streetcar here and we saw South Pacific. So this is my history. And I see people screwing around with my history.”

He is referring to a deal that would have Netflix purchase the Egyptian Theatre from American Cinematheque. Back in 1996, the membership-based nonprofit bought the theatre from the city for $1 under the terms that they would renovate and revive it.

“They are supposed to be taking care of this and providing programming for the citizens of L.A.," Hosney said.

Hosney points out the majority of the programming has shifted to the Aero in Santa Monica, which the Cinematheque leases.

Netflix didn’t return Spectrum News 1’s request for an interview. A board member of American Cinematheque declined to comment except to confirm that talks between the nonprofit and the streaming giant are still ongoing.

Under the proposed agreement, Netflix would use the space for private premieres and screenings Monday through Thursday. The Cinematheque would maintain its programming Friday through Sunday with no input from the Netflix.

As a Cinematheque member, Hosney says none of this has been conveyed to him.

“I have no grudges against Netflix," Hosney said. "The problem is neither the board nor Netflix has been at all transparent.”

Greater transparency is at the heart of a petition Schave launched last month. It also calls for the sale to be halted until a public meeting can be held.

“My hope is that the Egyptian Theatre as a venue for the American Cinematheque is saved," Schave said.

The online petition has already collected more than 2,000 signatures, but with the sale believed to be nearing a close, their opportunity to get the answers they are looking for may be fading to black.

A Netflix deal is in the works to purchase the Egyptian Theater, where Hollywood hosted its first movie premiere in 1922, angering film fans. (Spectrum News)