Now Bruce is being restored for the soon-to-open Academy Museum of Motion Pictures. The film actually used three full-size mechanical sharks for production. One of the Bruces being restored in Chatsworth by Greg Nicotero and his KNB EFX team, was cast from the original molds for use at the Universal Studios theme park after the film’s release.

Time wasn't kind to Bruce. He was found in disrepair in a junkyard. Nicotero, who among other things, does special effects work for The Walking Dead, jumped at the chance to restore the iconic movie shark.

“A big chunk of the cost of the restoration is being donated by myself and my company,” said Nicotero. “Because we felt that it was important enough that this thing be displayed.”

Using reference materials from the original film, Nicotero’s team was able to not only restore Bruce to prime condition, but also added a few new twists like the anatomically correct “shark claspers” and a more realistic skin coloration.

“[In the film] the shark isn't on screen for very long, but every moment that it is, it’s memorable,” said Nicotero.

Also on-hand as a consultant was Joe Alves, the original production designer of Jaws who fearlessly did what no one had done before, create a life-size, articulated shark for a film. Alves who has a long history with the Jaws franchise, even directing Jaws 3D in 1983, is thrilled that Bruce will be part of the Academy Museum’s collection.

“This is an opportunity for people when they see it to go, ‘Oh my god! I had no idea it was so big!’” said Alves.

“To actually be beside this thing and realize how large it is,” exclaimed Prince, “I looked at Joe and said, ‘You made this thing move?!’”

Of course, special effects are just storytelling tools and Nicotero says it is the skill of the filmmaker that makes them a successful part of the film's fabric.

“It's about how they put the pieces together and having a director that knows, I need these 24 frames and these 12 frames,” said Nicotero.

Film lovers will be able to go face to teeth with Bruce the shark when the Academy Museum of Motion Pictures opens in early 2020.

For more information on the Academy Museum of Motion Pictures visit the website here. 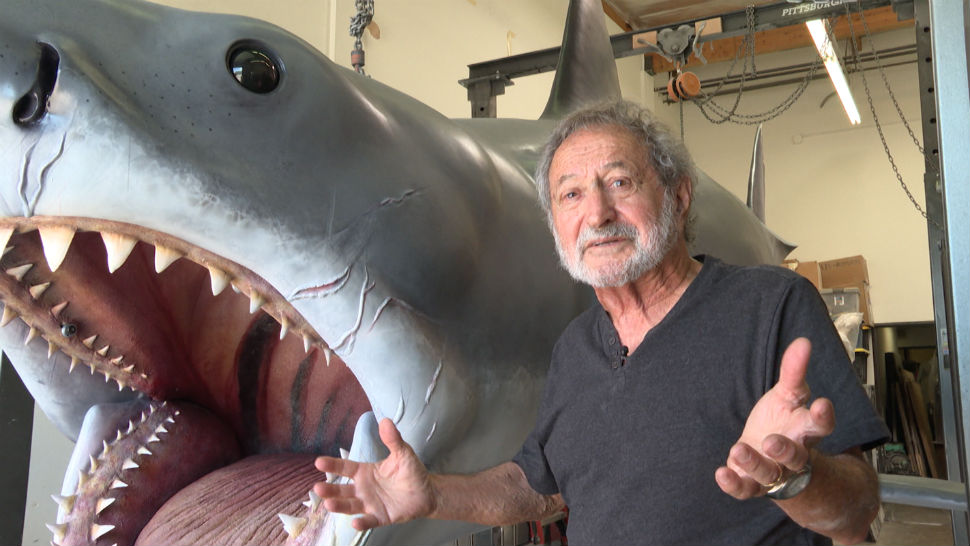