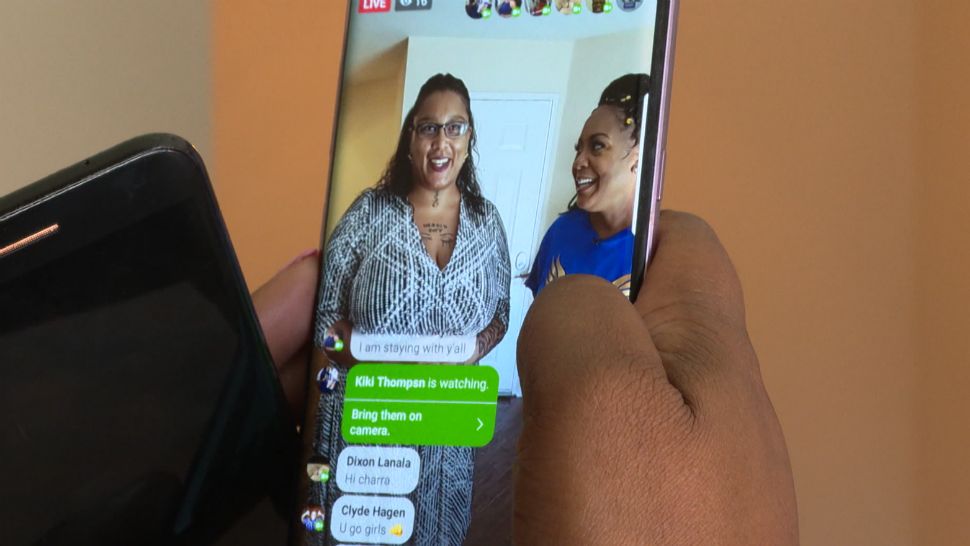 Non-Profit Using Facebook Live to Get People Off the Streets

RIVERSIDE, Calif. – A call on social media is helping connect people to those in need by pledging donations and basic necessities through Facebook Live.

Getting people off the streets and into homes is the goal of many charitable organizations, but one in the Inland Empire is taking a unique approach. They are called the Knock Knock Angels and when they are coming knocking looking for donations, it will be on your social media feed.

They work with other organizations across Southern California to get people into apartments to have a real chance at re-starting their lives. Vickie Lobo is the CEO and face of the non-profit. She is using social media as a new way to get donations to people in need like Charro Yanese.

“So Charro has been in a safe house for almost a year,” Lobo explained to her viewers on Facebook Live.

During the live video, Yanese said she has been abused, and had guns pulled on her.

“Like every kind of gun that you can name automatic, hand gun. I’ve been chocked I’ve been spit on,” Yanese said during the live video. “I endured a lot of things but God had a way for me to get out of that.”

Yanese believes that God sent her angels, the Knock Knock Angels, to help furnish her new home. Viewers on Facebook Live pledged kitchenware, pillows, blankets, and other basic things for Yanese and her 10-year-old daughter.

While the Knock Knock Angles won’t come knocking on your front door, through social media they will come into your home asking you to open your heart and to be an angel to help better the lives of those in need.