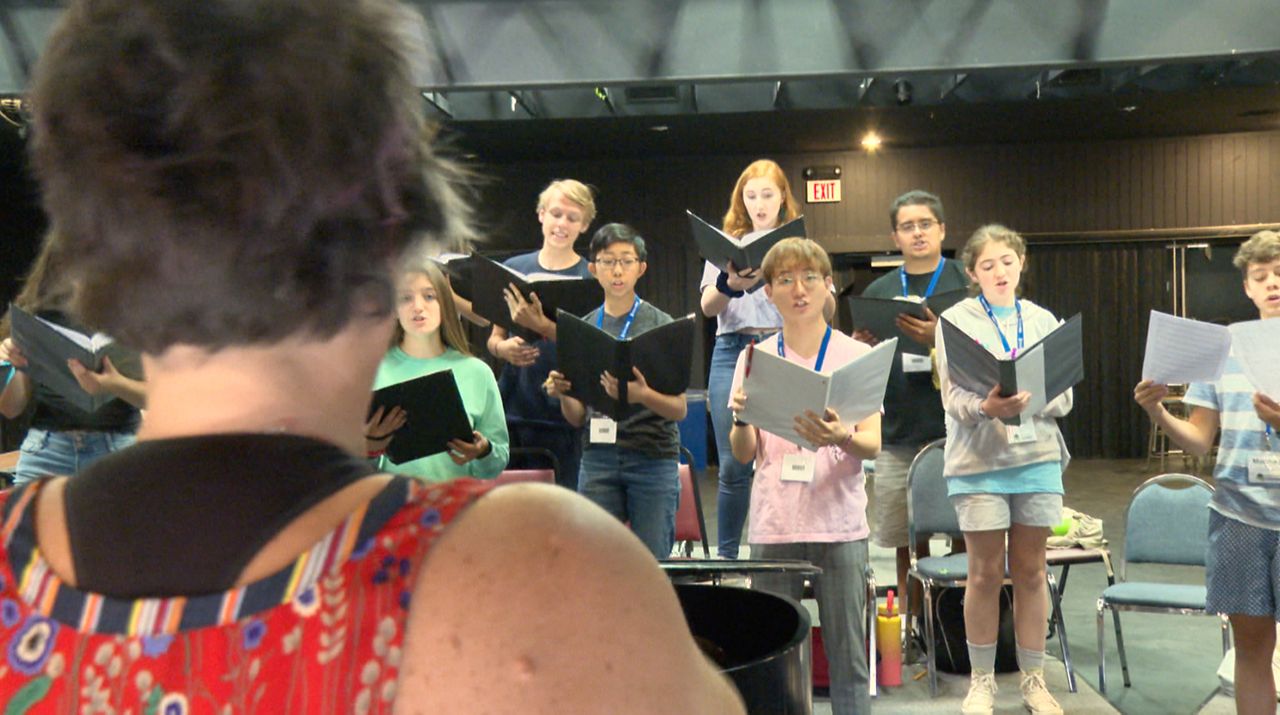 Rachel Lamell is a soprano two in the Festival Choir. This will be her fourth and final time performing with the Idyllwild Arts Summer Program.

“It’s kind of like a breath of fresh air. This is something I look forward to every year,” said Lamell.

Teenagers from all over the world audition to come to these two weeks in Idyllwild.

Performing at the Walt Disney Concert Hall is a tradition that started in 2008. But last year the concert and fundraiser didn’t happen because the 13,000-acre Cranston fire burned dangerously close to campus.

“In the middle of lunch we could see a ginormous cloud of smoke from the other side of the mountain and they told us that we would have plenty of notice if we had to evacuate, and then about 30 minutes later they were like, 'let’s go,'” said Lamell.

They were three days into rehearsals when campus had to close. Everyone was forced to scatter.

Director of Festival Orchestras Larry Livingston is picking up right where they left off. They’re working on the same music as last year.

They’ll be able to finally take it to the famed concert hall.

“So I’m looking forward to the expressions on the students’ faces when they hear the first sound in Disney,” said Livingston.

For three decades Livingston has conducted young musicians. This is his last year.

“We’re fine. Mother Nature has its own agenda. So do we,” said Livingston.

The show will now go on, the final note for two musicians about to start a new measure.

The performance is this Sunday, August 4.