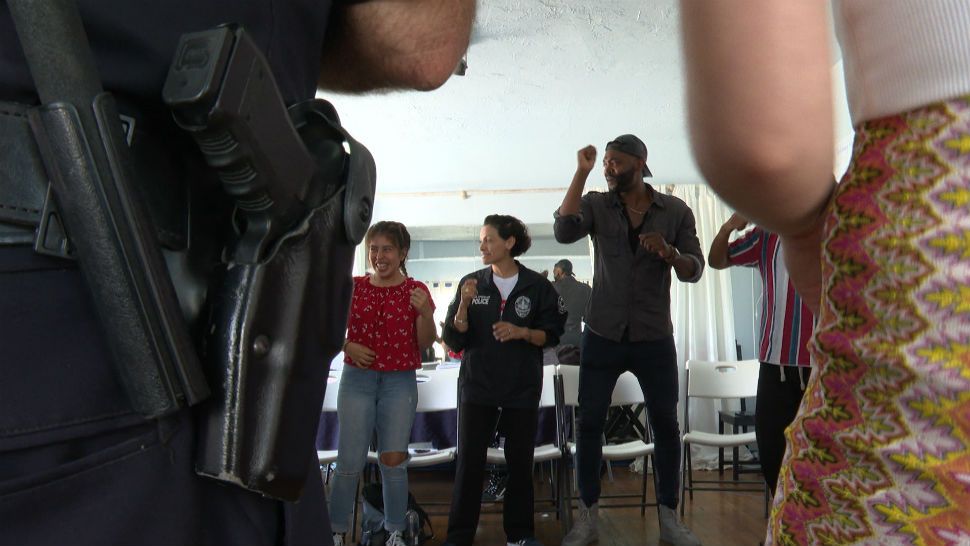 Theater Sets Stage for Better Understanding Between LAPD and Teens

HOLLYWOOD, Calif. – Even in the presence of armed law enforcement officers, these teens are smiling. So are the police officers. There is an unexpected level of comfort between the two groups as they play games, act, and learn to see each other in a whole new light.

“We are letting our guard down and they are letting their true selves been seen," said Officer Ericka Abrams, who works in the Los Angeles Police Department Hollywood Division.

Even though Officer Abrams is not on patrol, she is Walking The Beat. That is the name of the 8-week program that invites officers and teens to put their heads together to develop and ultimately perform a show based on their real experiences.

For Kedase Wone, those experiences haven’t always been positive, and as a result neither was his opinion of police.

“When they first came here, we got to see them talk about their lives, how they see things, how they see teens and the people they may pullover," Wone said. "It was an eye opening experience because you don’t get to hear that.”

Listening is a big part of Walking The Beat. So is expression, verbal, and otherwise.

Angela Kariotis and Theo Perkins originally developed the program in New Jersey as a way to foster healing in the community. This is the first time they brought the concept to California, where they are being hosted by the Fountain Theatre.

“We have a lot of big problems," Kariotis said. "I think it takes a lot of imagination to find some innovative problem solving. I think art is one of those innovative tools.”

Kariotis says Walking The Beat has been able to create real change between police and inner-city youth in New Jersey and she hopes a similar change will happen in Hollywood.  If nothing else, it has definitely changed the way Wone views the world.

“Where I don’t want to just look and be like, oh, because this thing looks like that I’m going to assume it’s bad," Wone said. "The whole workshop itself has already changed my perception on not just police but on everything."

“We all want the same thing," said Officer Abrams. "We all want to live in our community with peace. Without one another we don’t function."

Together, they learned they can create art and understanding.

The group will perform their show, A Wall is Just Another Door, at the Los Angeles City College on August 9 and 10. Tickets are free.