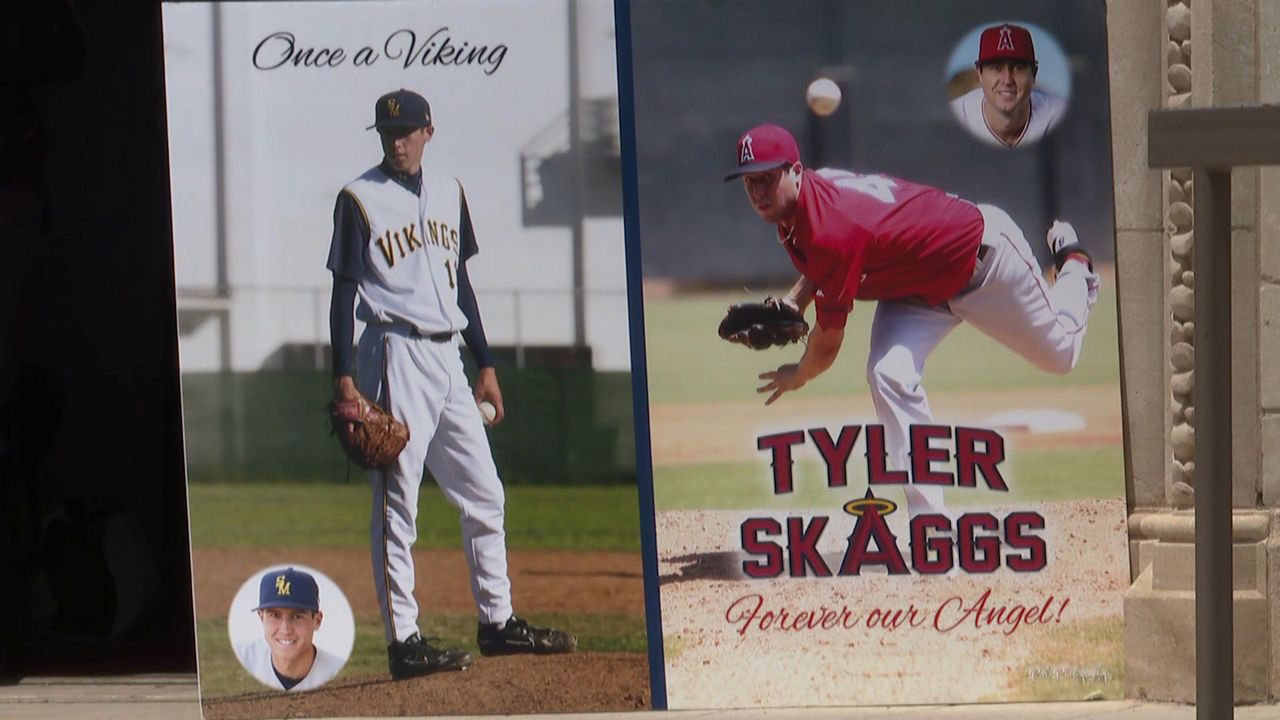 The service was held at St. Monica's Catholic Church with Skaggs' friends, family members, and teammates in attendance.

Cameras were not permitted in the service.

"I will love you until my last breath, until we are together again," said Skaggs' wife, Carli, addressing the assembled crowd. "Miss you babe."

Skaggs, 27, was a Woodland Hills native and a graduate of Santa Monica High School. He married Carli in December. The couple had no children.

Skaggs was discovered dead in his hotel room on July 1. The cause of death has not yet been released.

As one of the most popular players in the Angels' clubhouse, Skaggs was also one of the Halos' most reliable pitchers this season, going 7-7 with a 4.29 ERA in 79 2/3 innings across 15 starts.

He was 28-38 with a 4.41 ERA during a seven-year career that was interrupted by Tommy John surgery in 2014, among other injuries.