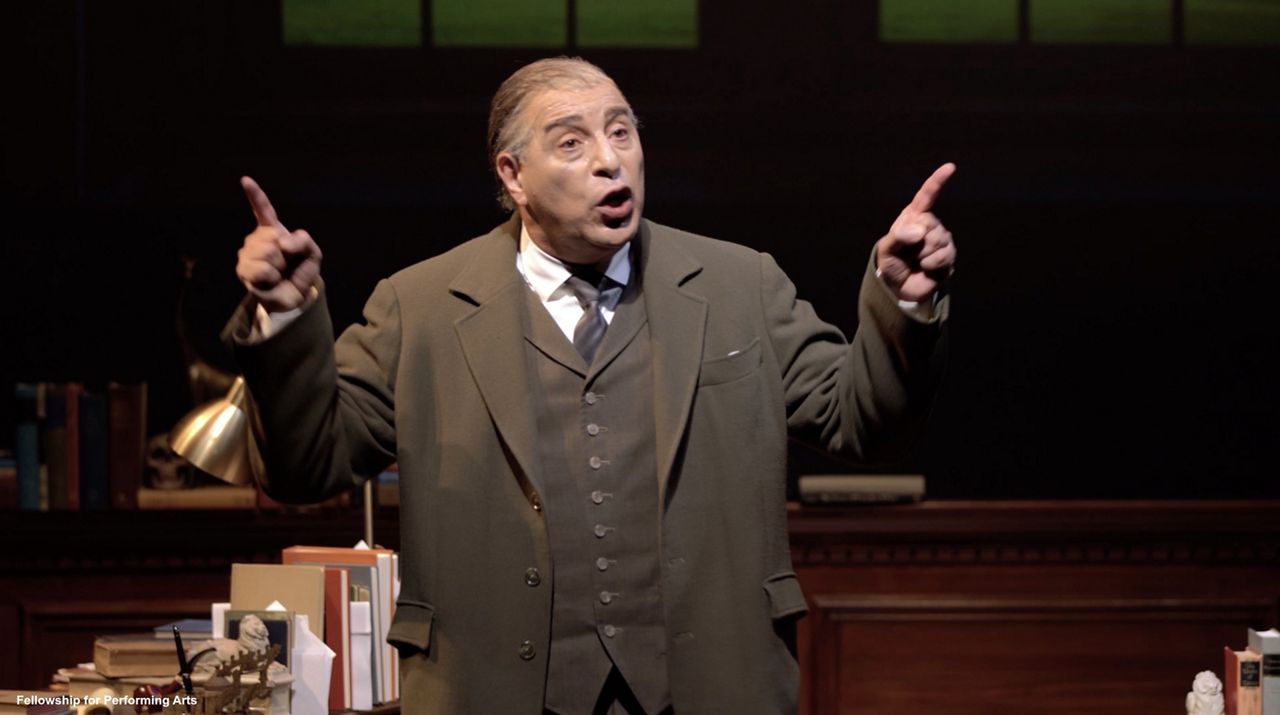 Max McLean portrays C.S. Lewis's transformation from atheist to theist in his one-man play The Most Reluctant Convert. (Courtesy: Fellowship for Performing Arts)

SANTA MONICA, Calif. – Generations of readers know him for his Narnia books, but some might not be familiar with the spiritual journey of author C.S. Lewis.

Writer and performer Max McLean plays Lewis in a one-man show called The Most Reluctant Convert, currently touring the U.S. While the prospect of mounting a theatre piece that presents a Christian worldview while remaining accessible to a diverse audience seems like a daunting task that McLean hopes he has achieved.

Well before he wrote The Chronicles of Narnia, Lewis served in World War I, at that time he was an atheist.

McLean explained that later at Oxford one of Lewis’s friends asked him, “’Were you much frightened in France’. He said, ‘All the time, but I never sank so low as to pray,’ and the play kind of starts from that place, and takes it to where he becomes perhaps the most influential Christian writer the 20th century.”

A 90-minute, one-man show might sound like a theatrical risk, but McLean said the play’s built-in journey of transformation engages audiences.

“I always love people telling how they change, you know, from once I was this, to now that,” said McLean. “It’s so inherently theatrical.”

While McLean was sensitive about portraying a real person, he said the production’s attention to detail has won the support of Lewis's stepson, Douglas Gresham. Gresham oversees the Lewis estate.

“I just saw [Gresham] in April and he talked to me about how much he trusts the way we treat his material,” said McLean.

While a Christian-themed play might raise red flags for non-Christians and atheists, McLean insists the play’s thoughtful approach to the idea of faith can resonate with a wide audience.

In the end, McLean said, “If it doesn't entertain, it doesn't matter what it does. You know, I love the saying, ‘Make them laugh and while their mouths are open, pour truth in,’ and then perhaps afterwards, there's a self-evaluation. Could this be true? How do I deal with all this?”

How does McLean get through a 90-minute, one-man show night after night?

McLean, who is appearing at the Broad Stage in Santa Monica, will be taking The Most Reluctant Convert to several other U.S. cities later this year. He hopes the play will give some new insights into C.S. Lewis and spark some lively discussion around the nature of faith.

For more info on McLean’s Fellowship for Performing Arts, visit the website here.