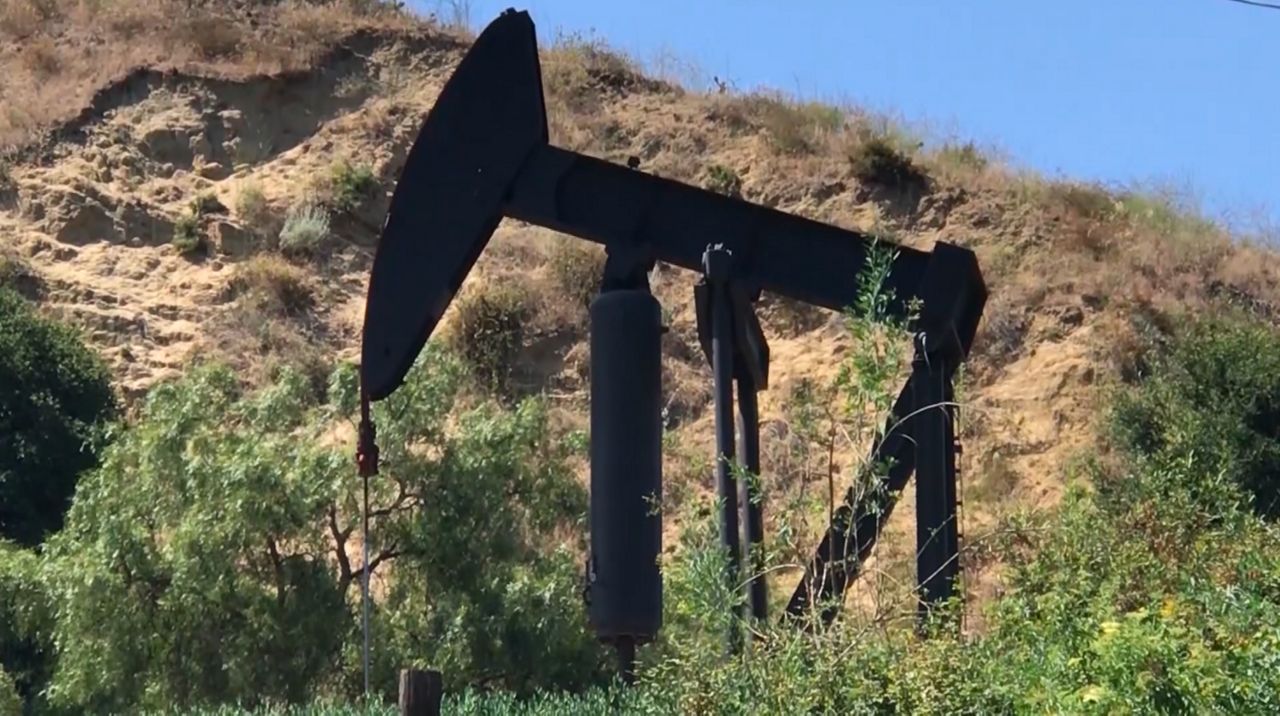 That’s part of the reason Deborah Weinrauch has lived here over 20 years.

But this development, which used to be part of Hollywood -- MGM’s Lot 3 -- has another neighbor: the Inglewood Oil Field.

You can see the derricks from Weinrauch's porch and the closest one is within 100 yards.

She says neighbor after neighbor has fallen victim to cancer. She herself had reproductive cancer in 2015, and her biggest fear is that her proximity to the oil drilling is causing her and her neighbors to breathe in toxic substances.

“We never know exactly what the cause is but it’s always in the back of our mind that perhaps the oil fields have impacted the diagnosis, perhaps even caused the cancer. We just don’t know,” she said.

At a press conference on Friday, she and representatives from Consumer Watchdog called on Governor Gavin Newsom to “freeze all permits and replace the leadership at the Division of Oil, Gas and Geothermal Resources.”

That was a day after Newsom requested California’s natural resources secretary fire Ken Harris, the state’s top oil and gas regulator after Consumer Watchdog provided evidence of conflict of of interest within the division and an increase in fracking permits.

Weinrauch says that while there’s no way she can directly link her sickness to the oil field, she hopes her story will get the state to strengthen its oversight of the industry, especially at the local level.

She's just hoping to avoid what she calls “poison in paradise.”

Spectrum News 1 reached out to the California Independent Petroleum Association for comment on this story and received the following statement, from VP of Communications, Sabrina Demayo Lockhart.

"Oil and natural gas production began more than a century ago in the LA basin and helped create the wealth to make Los Angeles the city it is today. In Los Angeles County alone, more than 20 local, state and federal agencies regulate and permit oil and natural gas operations. California has the toughest environmental laws in the country, proving that responsible production can provide affordable energy to consumers while protecting the environment. Examples of scientific studies that have shown that operations are safe include:

Final Environmental Impact Report (EIR)– Baldwin Hills Community Standards District” in October 2008. The Public Health Risk section of this EIR concluded that the cumulative impacts on public health risk for air toxic emission would be considered less than significant with mitigation, as most emissions from the site were caused by diesel powered vehicles and equipment. All four of the suggested mitigation methods outlined within the report have been enacted on site. Therefore, the estimated health risk associated with operations represents a “relatively small fraction of the overall air toxic health risk in the region.”