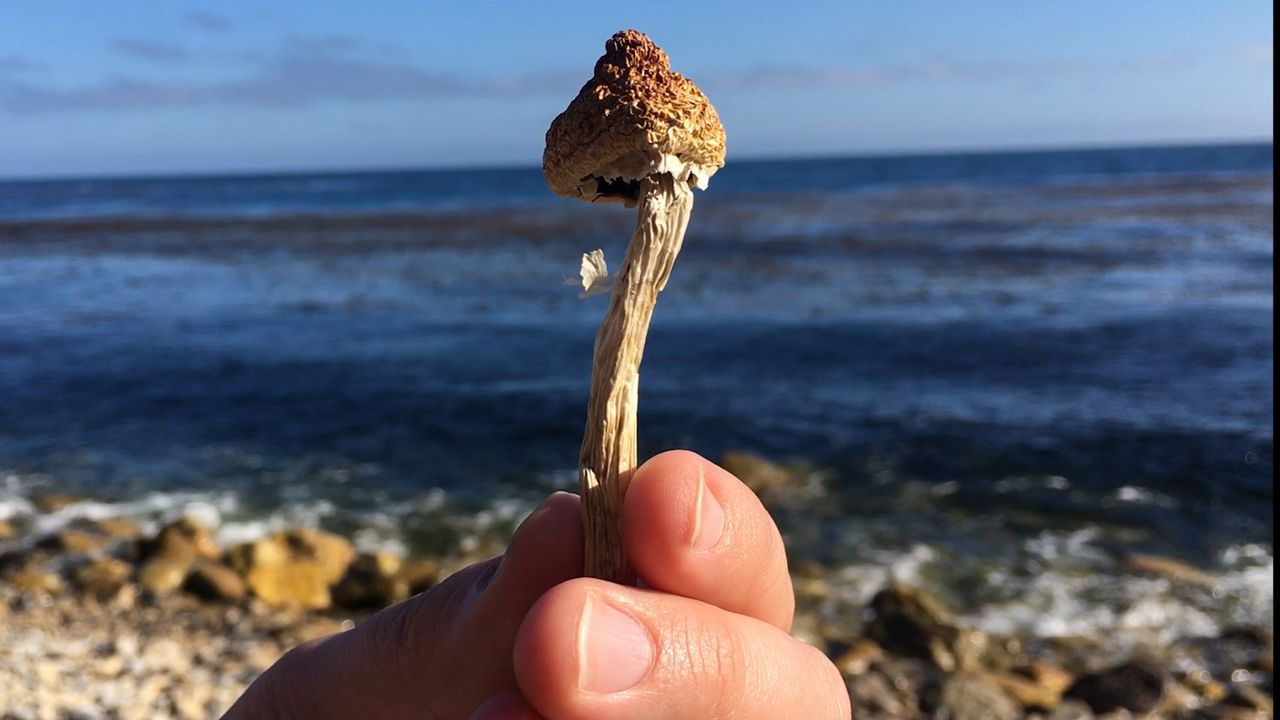 LOS ANGELES - There’s a growing number of people who are trading in their prescriptions for plants. Magic mushrooms or psilocybin to be exact. Some say the mushrooms have the potential to heal, while others warn about possible dangerous side effects.

Ryan Munevar, is campaigning to legalize the mushrooms in the State of California. During our interview he popped a few of the dried mushrooms in his mouth.

He describes the substance as “fungal serotonin” and says it can bring on major visual and audio hallucinations. And sometimes large doses can make all your senses hallucinate at the same time.

“You suffer from something called synesthesia, where you can actually see something and hear audio like Beethoven and taste chocolate and feel a sensation that triggers a different part of your brain,” said Munevar.

But it was his battle with seasonal affective depression that led him to discover mushrooms' therapeutic benefits. He says when the weather was gloomy he felt tired sad and wanted to sleep all day, until he tried the mushrooms which served as a mood enhancement.

“It was extraordinary,” said Munevar. "I would do mushrooms at least once a week and it gave me the chance to kind of reset and balance through.”

Since then he’s taken them hundreds of times in small doses, just to uplift his mood as needed.  And Now he’s on a mission to help others.

On this day, he’s leading a campaign meeting for the group Decriminalize California. They need 750,000 signatures to get a law decriminalizing psilocybin and other related substances on the 2020 ballot. Currently it is considered a Schedule 1 drug like heroin.

Munevar says there are big challenges to address. Like with alcohol, people need to be educated to not drive will using the mushrooms. And they also need to be educated on which mushrooms are to actually take, so they don’t end up taking the wrong ones and potentially poisoning themselves.

Critics say mushroom use can cause psychosis, which can lead to people harming themselves while under the influence. And long-term effects may include flashbacks

Proponents of the mushrooms say having a coach increases safety. Anne Frank is a transformational life coach. She meets with clients before and after they take magic mushrooms to guide them in their healing. She says the mushrooms can help people release traumas.

45 minutes after Munevar ate the mushrooms he says he feels the full effects.

“I feel absolutely fantastic,” he said. “Everything is gorgeous and beautiful and certainly more vibrant.”

He says mushrooms may not be for everyone, but with depression and anxiety on the rise, he believes it's time we start embracing the healing medicines found in nature.