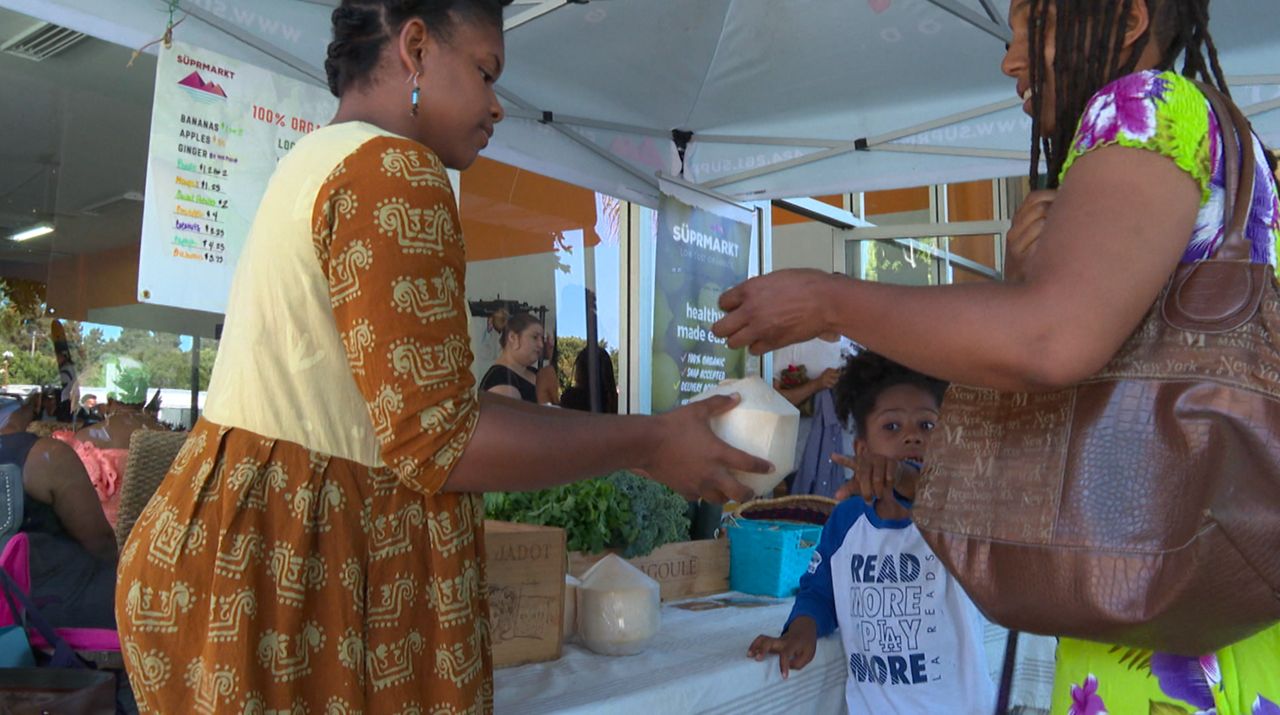 LOS ANGELES - We all know maintaining a healthy diet can be a challenge, but for many of L.A.'s lower income communities, finding healthy food choices can be even harder.

One of the regular vendors at the Leimert Park Sunday marketplace is a pop-up grocery called SÜPRMARKT, founded by L.A. native Olympia Auset to bring high-quality organic foods to low income communities.

“I really didn't like the feeling of like being in a grocery store and having a debate over whether I could afford an apple or not,” explained Auset.

For a long time Auset has had an interest in nutrition as preventative medicine and was alarmed by high rates of serious health problems in the African American community. 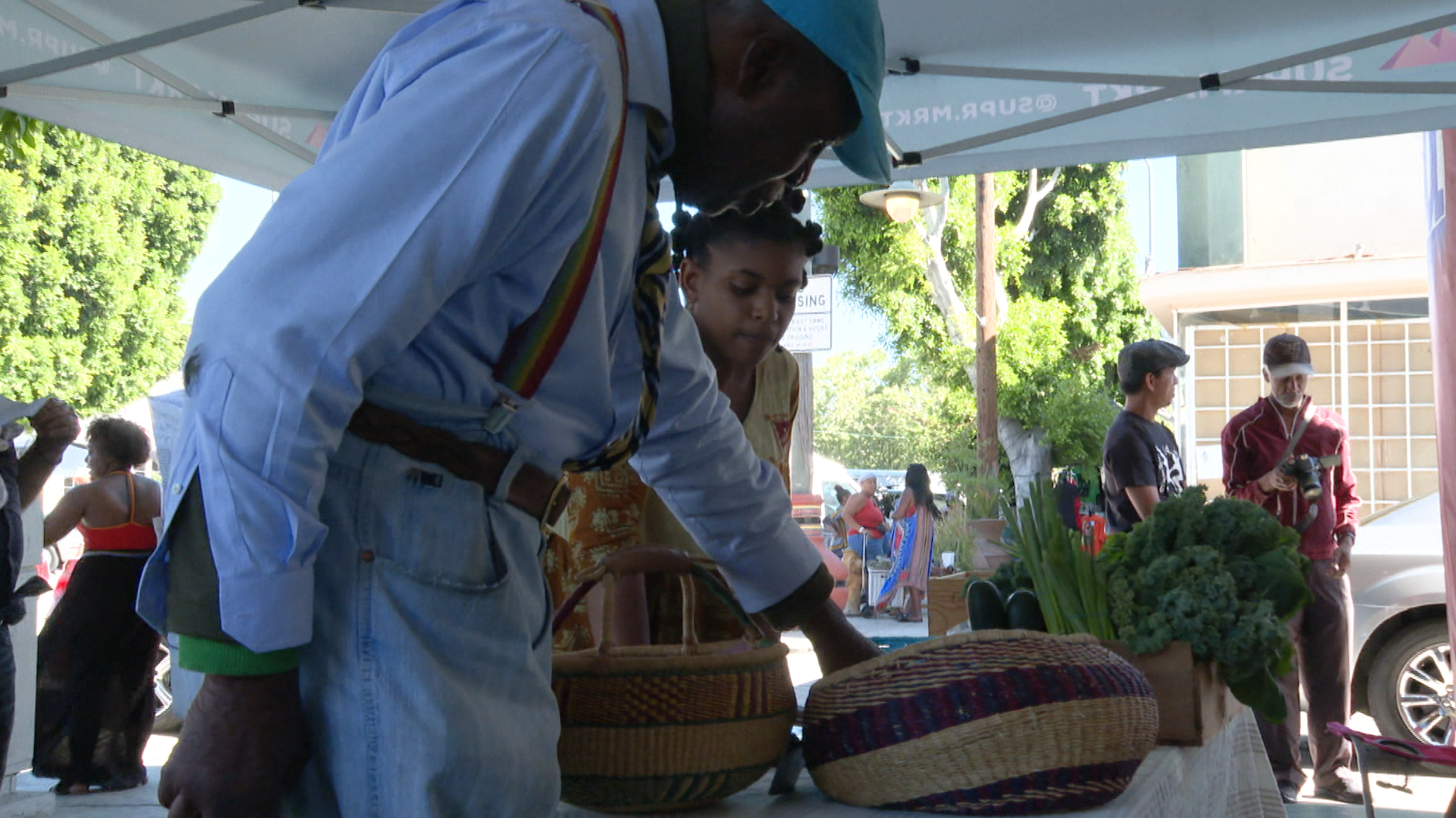 “Something clicked and it just let me know that if I didn't do something now, I will be going to my friends’ funerals, that did the result,” she said. “I didn't want that.”

Many low-income communities are in food deserts, areas where fresh foods aren't readily available, and so many turn to convenience stores and fast food chains.

“In the African American community, we lead every other ethnic group in deaths from diabetes, cancer, heart disease, etc.” said Auset. “So, when you really start to see the numbers of this, if we can't get health down, there's sort of like nothing else that can happen beyond that.”

But SÜPRMARKT’s goal is to bring in the best locally-grown and organically-sourced fruits and veggies at fair prices, which is made possible by the fact that their staff is mostly volunteer, and since it's a pop-up operation, there aren't a lot of overhead costs.

“It's amazing to be able to just hop on our bikes or even just walk here to come and get our produce on Sundays,” said regular shopper Lisa Nieves. “So, I would rather support [SÜPRMARKT] than support anything else.”

Now, Auset is looking to expand to a permanent space in the historic spot that once housed Mr. Wisdom's health food store, a move Auset says was partly inspired by the tragic death of Nipsey Hussle.

“It basically just made a lot of people that I know and myself just want to step up,” said Auset. “…really step up and be leaders and the things that you think about doing in your life to help your community, don't just think about them forever, like actually go do that.”

The team is now fundraising for the permanent location and Auset says if the first store is a success, more will follow. 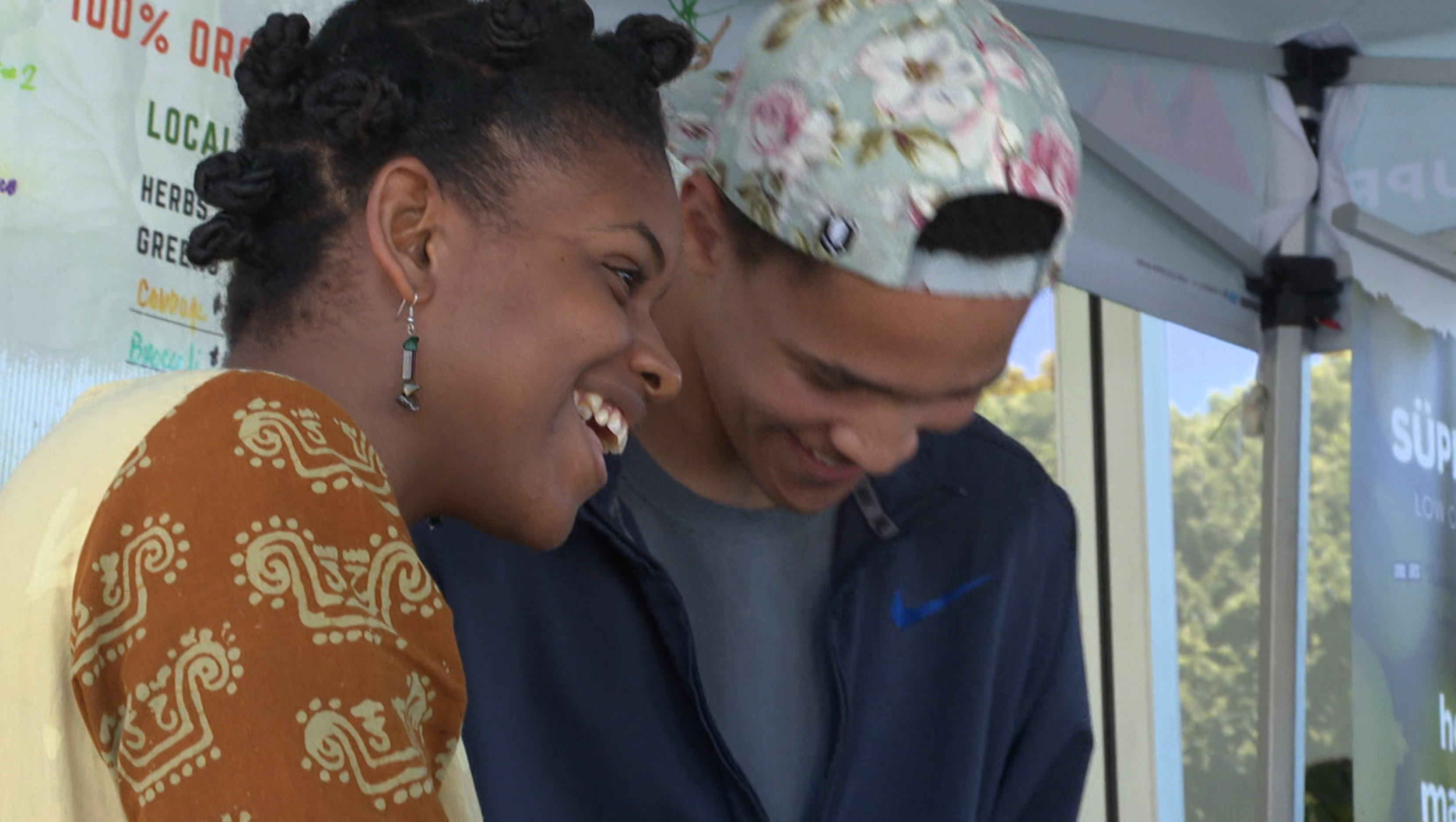