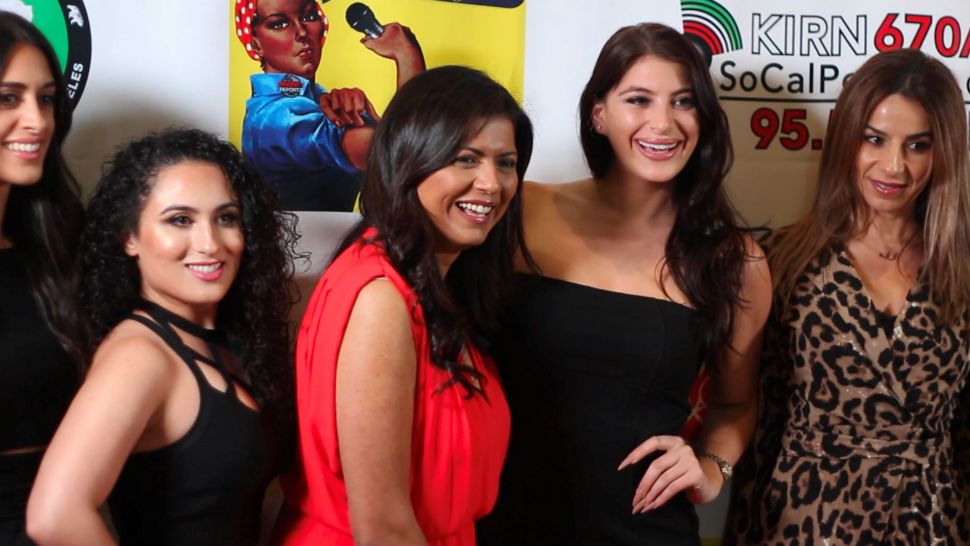 LOS ANGELES – While tensions between Iran and the U.S. may be increasing, that has not stopped one bold comedian from speaking out.

Mona Shaikh is a Persian and South Asian American comedian. As a comic of color, she says not many women from her cultural community venture into this “unconventional” line of work.

“If your South Asian or Persian, the standard is ‘what are you a doctor or engineer, a businessman, in real estate?’ Yet here we are, a lineup of all Persian female comedians, that’s amazing,” Shaikh said.

Shaikh uses both media and comedy to highlight the experiences of women in her cultural community. Her show, Minority Reportz, gives other diverse comics an opportunity to do so as well.

“I feel like this was really what I was meant to do. I am really living my purpose. I feel very fortunate, very blessed to even have the opportunity to create this amazing show, Minority Reportz, have these incredible comedians. We’ve had this show for four years, and we’ve showcased over 450 diverse comedians. And I’m incredibly proud of that,” Shaikh said.

This particular show brought Persians of all backgrounds together, allowing the community to laugh and simultaneously discuss the political climate between Iran and the United States.

“I don’t think that everybody in the U.S. as Americans really agrees with everything the government does. And I think that applies to every other country as well. I think us, as Persian Americans, as second generation or first generation Persians here in America, we really have an opportunity to kind of show the American culture and other cultures what we’re really about. And we’re about fun, and love, and laughs,” said Roohparvar.

Laughter, Shaikh says, is the best way to decrease political tension and have an open conversation. She is now pioneering a path for other female comics to also share their views openly.

“One of the challenges that I faced as a stand-up comic, especially being a female, being a woman of color, adding the Muslim aspect to it, is the fact that you go to major comedy clubs and you didn’t see people like me on stage, you know we weren’t even being given breaks,” Shaikh said.

That is what inspired her to create her platform, Minority Reportz, making events like "Persian Girls Night Out" a true possibility, and giving women from Iran a chance to express their perspectives freely.