Petition Seeks to Protect Mountain Lions Before They Disappear

J.P. Rose is a Staff Attorney at the Center for Biological Diversity. He is one of the authors of a new petition to protect mountain lions under the California Endangered Species Act.

“What you can see here is one of the biggest barriers to wildlife connectivity in southern California," said Rose. “We’ve been concerned for years, but things have really come to a head over the last few months with some studies that have come out looking at how just grave the situation for this species is."

Utilizing research from several universities and the National Park service, a UC Davis study estimates that mountain lion populations in the Santa Ana and Santa Monica Mountains could disappear entirely. Rose says it is critical for us to consider solutions to address this before it is too late. 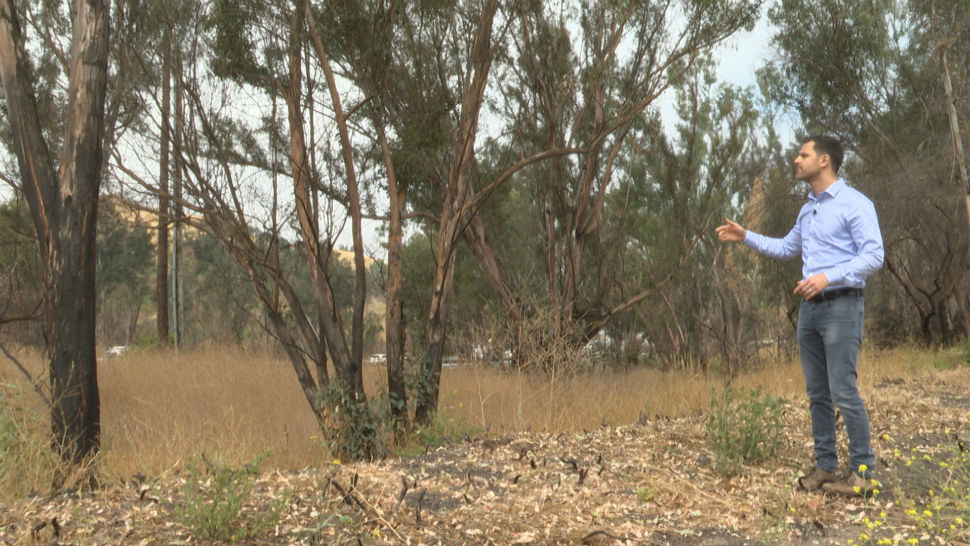 One solution could be wildlife crossings. The highways, Rose says, pin the animals in which leads to inbreeding and a decline in overall health, or as Rose put it, “what scientists call an extinction vortex.”

There are also traffic related fatalities.  According to Rose, at least 100 mountain lions are killed by cars in California every year. Rose says other states that have wildlife crossings have seen a dramatic drop in wildlife vehicle collisions.

“Colorado, Utah, and Montana have all built wildlife crossings already," Rose said, "If they can, so can we.”

Rose says placing mountain lions on the endangered species list would accomplish a few things. Most significantly, road projects, and property development would have to take the animals and their habitat into account, to ensure that development proposals don’t unnecessarily block mountain lion linkages.

What is at risk here goes far beyond the giant cats.  Fewer mountain lions could lead to more deer, which could mean more ticks and tick-borne diseases. The loss of mountains lions in California would have profound repercussions not just on ecosystems but also on people.

Rose believes Angelenos care deeply about mountain lions, but unless something is done soon, he worries, he may never get the chance.

A full version of the petition filed by the Center for Biological Diversity and the Mountain Lion Foundation can be found here.