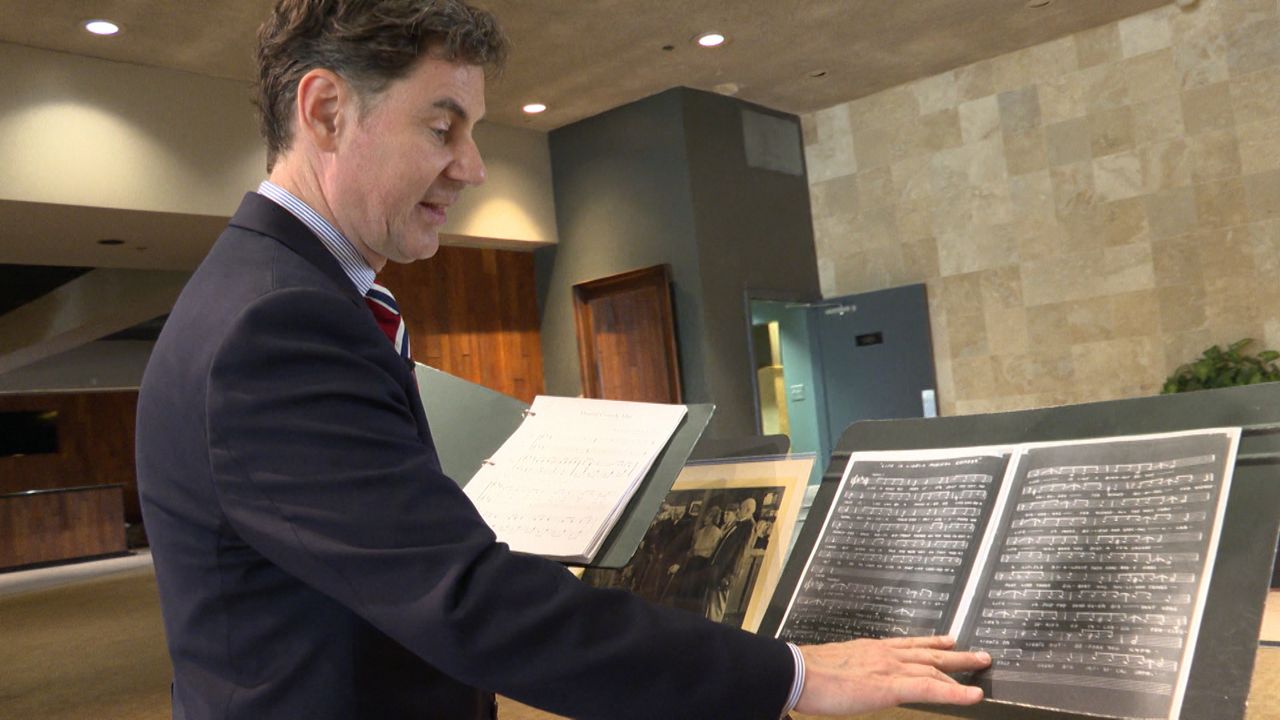 LA MIRADA, Calif. - It’s never been played in public, an unpublished, unfinished song by musical master George M. Cohan. This weekend, it will make its stage debut at the La Mirada Theatre for the Performing Arts.

“Every day in the morning I’m on eBay looking for new things," he said.

He thinks most people don’t realize just how many songs the composer and lyricist created.

“So much of his music that was really gorgeous is left on the floor, and most people don’t know about it,” said Collins.

Collins' collection of sheet music includes Cohan’s first and final published pieces and all the stuff in between, many of them originals.

“'Give My Regards to Broadway’ is 1904. ‘Over There’ is 1914," he lists, walking down a long row of music stands. “It’s really wonderful to feel things that comes from a time that far back and it kind of bridges the gap.  It makes it all kind of new again.”

And in some cases, it is new.

BT McNicholl is the theater's producing artistic director. He had found the lyrics to a song called "Life is Like a Musical Comedy” listed in a script for Musical Comedy Man, a show Cohan was creating before he died.

“We had the lyrics only," McNicholl said. "We did not have the music.”

That led him on a treasure hunt that took him to the Museum of the City of New York where he found the only copy of the original, handwritten music.

“This is all we have. It’s notes and words. It doesn’t even have chords even," he explained, "And I was not allowed to copy it. I had to take a photograph of it.”

Using those bare bones, he hired an arranger to create sheet music for the song.

"Just for our performance," he said.

That performance – a concert called “You’re a Grand Old Rag” -- will take place this Sunday and will feature the premiere of the song performed by Randy Rogel.

Collins’ extensive memorabilia, usually stowed away in his Granada Hills home, will also be on display. He hopes the artifacts plus the performance will give people a sense of the man behind the music.

The event will also feature the Paragon Ragtime Orchestra and a talk back with Cohan's great granddaughter.

Tickets and information can be found here. 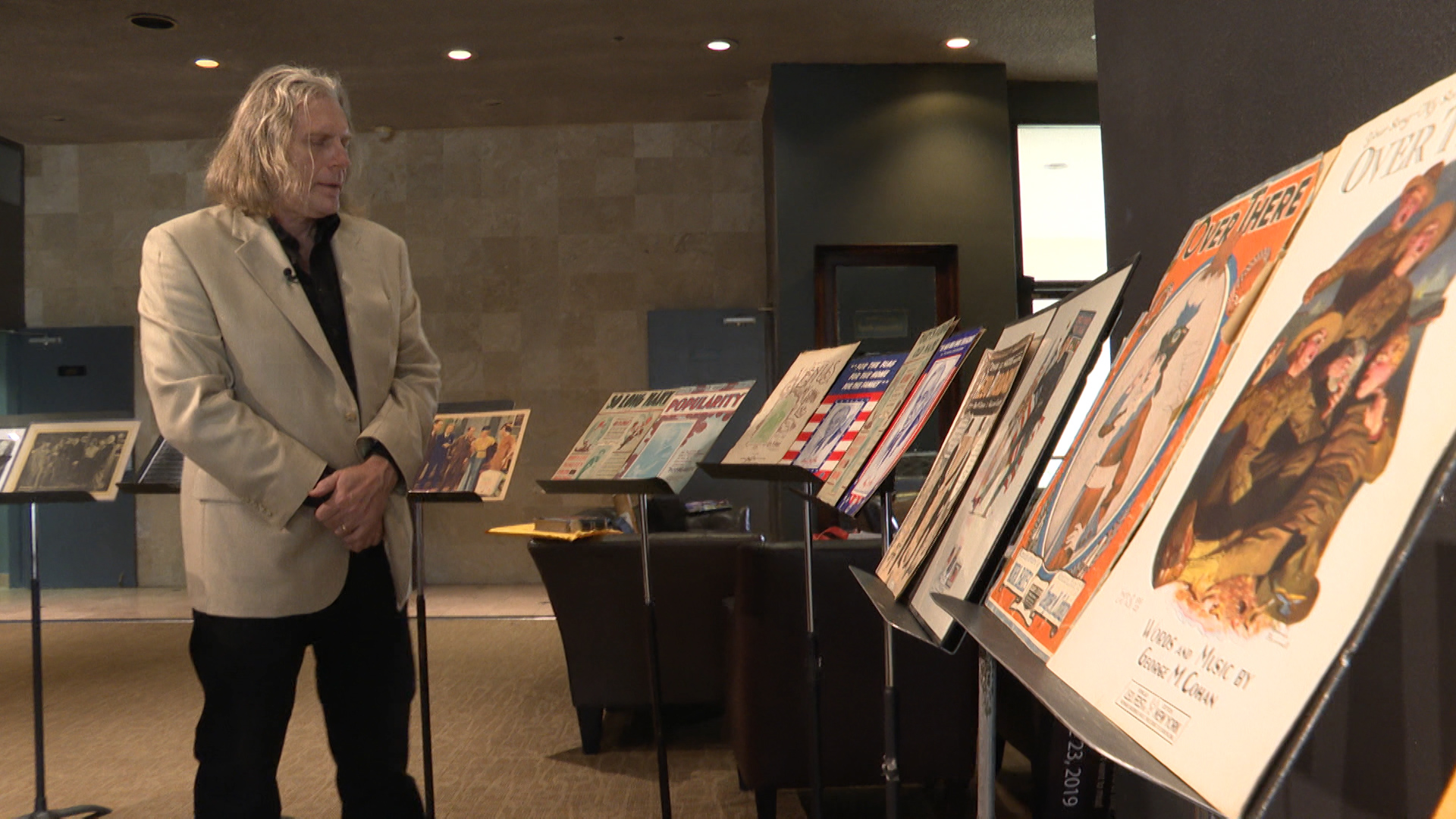