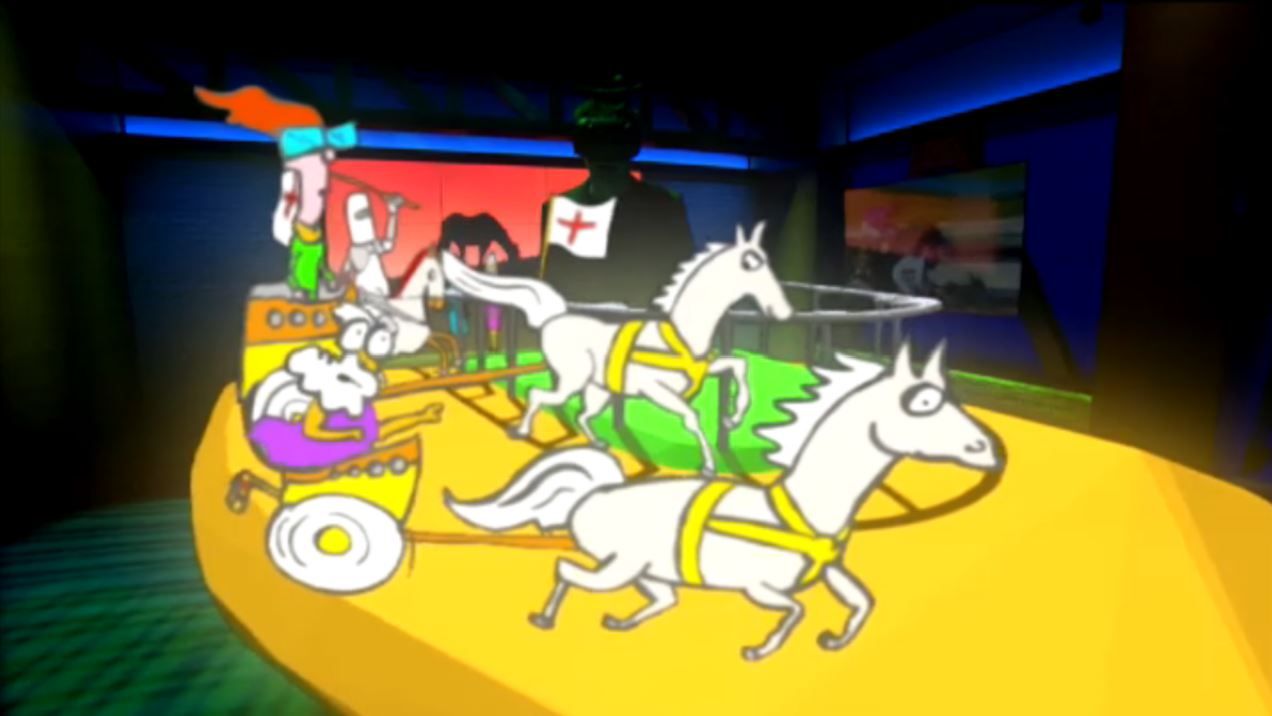 Why Are Horses Dying at Santa Anita?

For as long as there have been horses, there’s always been someone who bets theirs is faster than yours. Horse racing is one of the few sports that hasn’t changed for centuries. In this Virtually Rick we go to the races and examine this ancient obsession currently responsible for a spate of horse deaths at a local track.

Humans began domesticating horses somewhere between 6,000 and 3,500 B.C. But racing wasn’t really a thing until the Greeks competed with chariots in the Olympiad, then the Romans embraced it too.

However, things really started to gallop along in the 12th Century when English knights returned home from the Crusades with Arabian Horses and it's incredible to think they are the relatives of today’s thoroughbreds.

Owning a horse has always been an expensive idea which is why racing is known as “the sport of Kings and Queens,” largely because throughout history, these royal types have been the only ones who could afford it -- providing prize money; plates and cups to win.

Racing jumped the pond and became popular here in the States with America’s first jockey club opening in South Carolina in the 1730’s with flat racing the most common form, meaning no jumps, over two furlongs, a three-mile course.

Which brings us up to date. So why then have we heard so much about so many horse deaths at Santa Anita Park?

Thoroughbreds are actually the result of years of cross-breeding with the goal to increase speed. Naturally there are many downsides and some veterinarians believe that as a result, the modern thoroughbred travels faster than its skeletal structure can support, along with abnormalities that might include bleeding lungs and smaller hooves with thin soles that may lead to sores and lameness.

Accidents can happen if horses are raced before their bones are fully matured, though some say this can create micro fractures that strengthen them as they grow. However, when a horse breaks its leg the reason they are so often euthanized is because their bodies can’t physically support their own weight on just 3 legs. And keeping a horse still so that it heals properly is almost impossible.

The reasons why so many deaths have happened at Santa Anita might be due to a mix of breeding, medication, and the kind of track they race on. The death rate appears to rise for shorter, more intense races and also on dirt tracks, which may either be too soft when it’s been raining or too hard in the sun -- something a thoroughbred’s body may find jarring.

The Jockey Club also points to the need to have a better set of regulations regarding the misuse of drugs and doping. And many others believe the California Horse Racing Board should have wider powers to suspend tracks like Santa Anita.

Horse deaths happen wherever racing events take place. But the deaths at Santa Anita are certainly above the national average for race starts even with the steps they’ve taken. However, so far, 2019 might actually be the lowest number of deaths they’ve had for 11 years.

For now horse racing is still a hugely popular, global sport. But in the future it may just be that riding these immensely intelligent creatures against one another in contest goes the way of the Barnum and Bailey Circus.