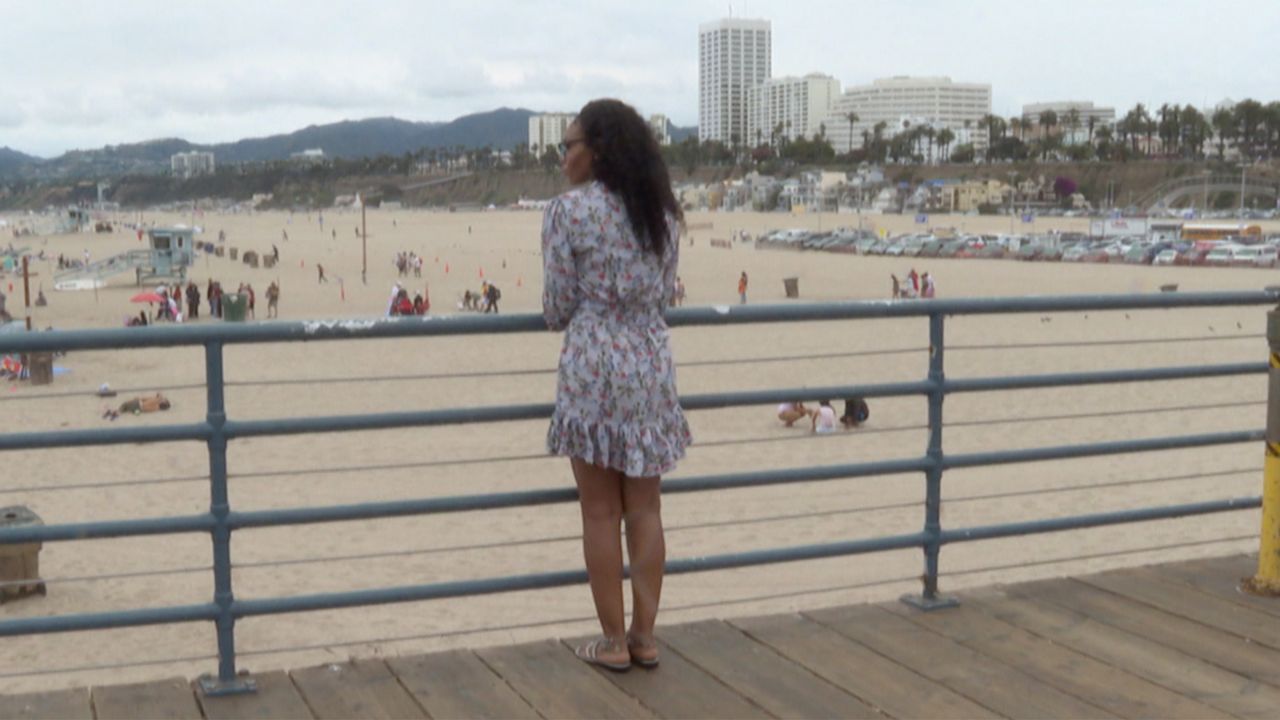 LOS ANGELES – The Santa Monica Pier is the perfect summer spot for families and tourists. It’s also the perfect place to pick up girls who are being trafficked.

Keyonna Monroe was once one of those girls.

According to the California Department of Justice, young girls and women constitute 55 percent of forced labor victims and 98 percent of sex trafficking victims.

Monroe’s childhood was stolen when she was just 12-years-old. The former straight A student was bullied. To protect herself she hung out with the wrong group of girls.

She was a pre-teen the day she ditched school with a girlfriend who told her they were going to a young boy’s house. But the home was filled with adults. They forced her upstairs where she was sexually assaulted.

They owned her for the next two years. They’d transport her on buses around L.A. to meet men.

“I’ve been molested on the bus,” Monroe said. “You normally sit on the back of the bus and no one’s really paying attention.”

The traffickers also made her travel to wealthy neighborhoods like Beverly Hills, Bel Air, and Pacific Palisades where they could charge more.

“Places where you least expect it with people that you see every day, in corporate America and in places you would never assume,” Monroe said.

She was 14 when she finally escaped. Monroe cut and died her hair, and went to live with her grandmother. Eventually she attended Spelman College and received her Master’s degree at USC.

Yet, pieces of her still were gone.

“Not only do you steal a child’s innocence that way, but you steal their voice and you lock it up in a box and they feel like they don’t have their own key,” Monroe said.

Now she’s the key to getting young women to talk. She created the Pretty 2 Me Foundation, to build young women’s self-esteem as a deterrent to them becoming prey. The girls write love letters to themselves, and create crafts and sisterhood.

There are chapters in Los Angeles, Orange County, Atlanta, and New York.

“I do this because this is something I needed growing up,” Monroe said.

Monroe shares her story because she wants to stop trafficking. She suggests if you see something, say something.