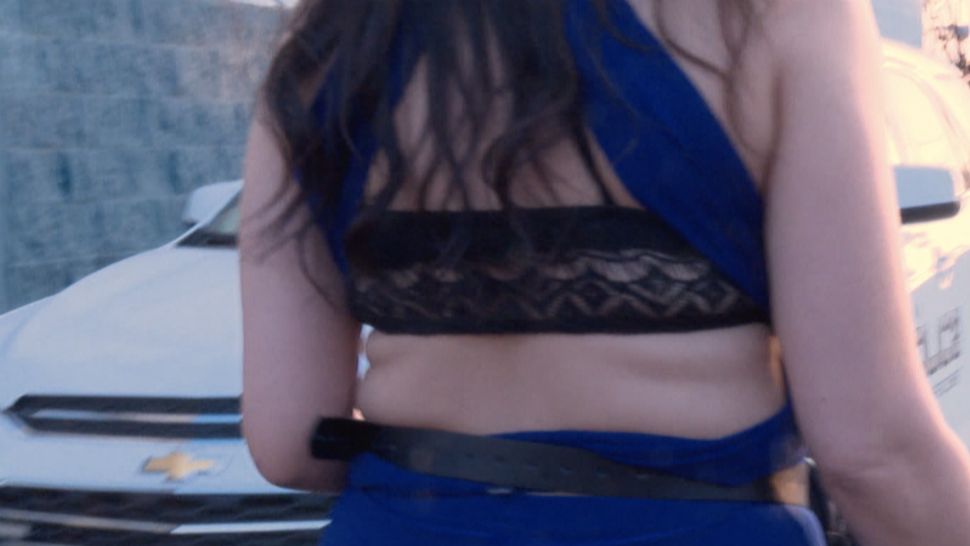 Last year 760 cases in California were reported to the National Human Trafficking Hotline. According to the California Department of Justice, the victims of human trafficking are often young girls and women. Females account for are 55 percent of the forced labor victims and 98 percent of sex trafficking victims.

Police department in many nearby cities are deploying units to address the problem. The Vice Unit of the Pomona Police Department has already conducted at least three raids this year of Johns. The term “Johns” refers to men who buy women for sex.

Officer Angela Torres plays the role of a sex worker during the raids. She has been undercover nearly 1,000 times and says she does it to help human trafficking victims.

“I care about reducing the demand and the supply,” Torres said.

Torres and her partner walk up and down Holt Avenue in Pomona, which is a hotspot for prostitution. Fellow officers watch from the car as they keep an eye on the men who approach Officer Torres. The department says they have seen a lot more girls on Holt Avenue recently after a lot of online sex sites shut down.

“Once a lot of those dating sites have shut down,  a lot of the girls who worked online and worked in hotels have now been forced out into the streets,” said Officer Jesse Hedrick. “Once that happened we definitely saw a huge influx of younger girls and new girls who haven’t been working the streets at all.”

When guys approach Officer Torres she asks them what they want, and how much they want to pay. Then they meet around the corner where the men are confronted by officers. The men are arrested and taken to the command post where they are cited. Their cars are also seized.

“So if we deter these Johns, then prostitutes who are out here working and their pimps and girls won’t be making a lot of money,” said Torres. “It will deter them from coming out here because no one wants to bring their product where they aren’t going to get a return.”