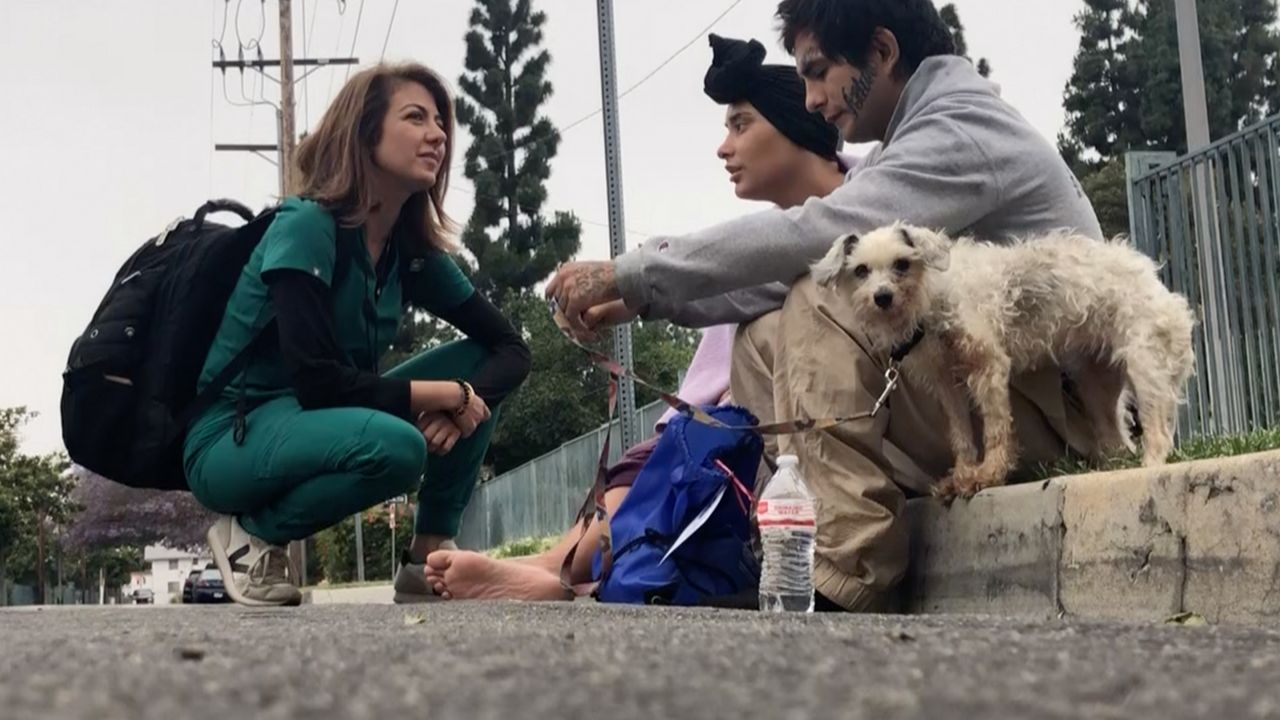 On the Front Lines: How 'Street Medicine' Is Helping the Homeless Get Better

HOLLYWOOD, Calif. - Twice a week, Negeen Farmand, a physician assistant at the Saban Community Clinic in Hollywood, grabs her backpack and heads out to her other office — a homeless encampment just off the 101 freeway.

"It kind of makes sense for us to go out and meet them where they’re at, versus waiting for them to come to us which may or may not happen," Farmand told Spectrum News 1.

Farmand and her team from a nonprofit The People Concern are on the front lines in the battle against homelessness. They call it Street Medicine -- bringing medical care to those who can’t get it on their own.

According to a study by USC Keck School of Medicine the average life expectancy of someone on the streets is between 42 and 52. For those who have homes, the average age is 78. The study also shows that 38 percent of homeless people have two or more major medical illnesses.

As the homeless population in L.A. continues to grow, so does Farmand's workload.

“Sometimes I feel like I should be doing this full-time instead of just half the week," Farmand said.

We accompanied her as she made her way to the encampment a few blocks away from the Saban Clinic to see the Velez family, homeless for almost a decade.

Judy, her husband Enrique, and their three children are all living here. Angelita, Judy's daughter and her boyfriend, Arturo, are expecting a baby girl next month.

She wants to know if Angelita has been eating three square meals a day. Angelina says she has.

Judy and her family ended up on the streets after Enrique was shot. Now, their entire world fits inside a tiny tent.

“This is what we use for the door and when it gets hot," Judy said, holding a clip in her hand. "We just roll it up as much as we can and I use a clip to keep it up."

It’s Judy’s health that Farmand is worried about the most. She has asthma, diabetes and, most alarming, extreme high blood pressure.

Not to mention, typhus and other diseases that are lurking on the sidewalks.

About once a week, sanitation workers bleach the sidewalks to prevent the spread of such diseases. For Judy and her family, that means packing up their belongings until the workers are finished.

But Farmand, well, she’s there through it all.

And they feel like Farmand is a literal life-saver.

Henry, Judy's son said he used to be in the emergency room at least twice a week. But now thanks to Farmand and her team's care, he hasn't been to the ER since February.