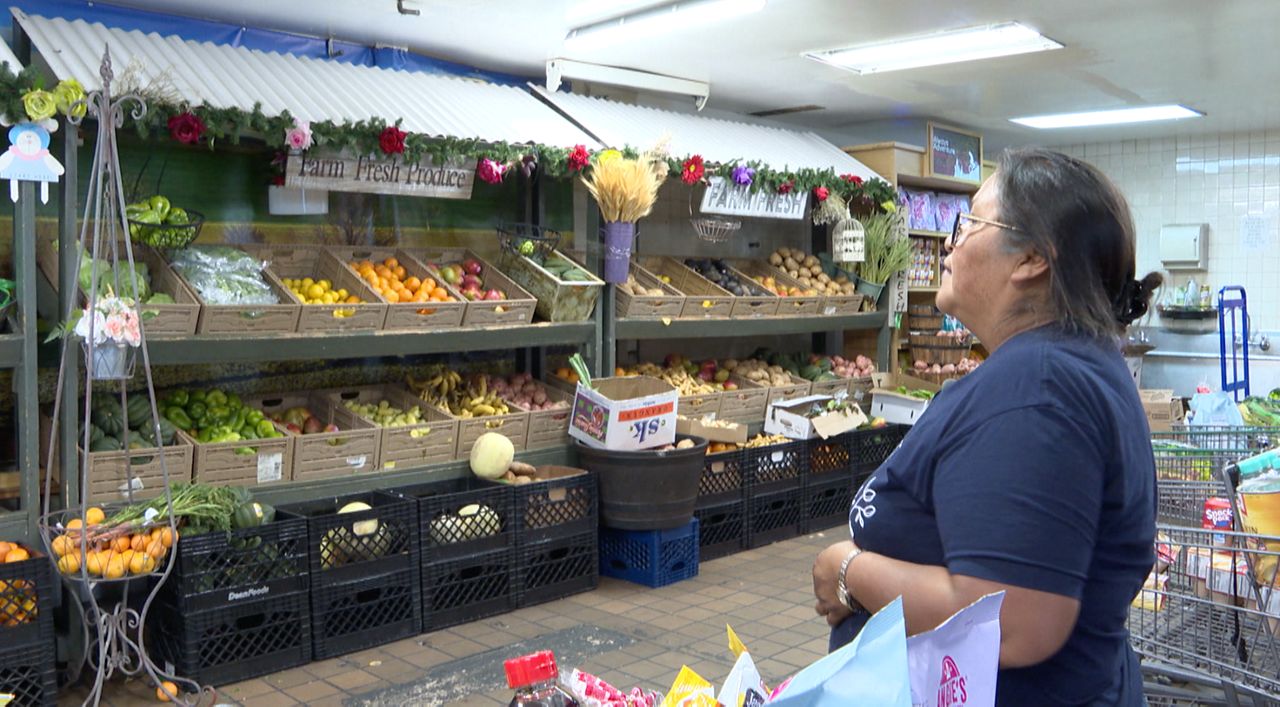 LOS ANGELES – Buying fresh and healthy produce is not easy for everyone. One in eight Californians do not know where their next meal will come from, according to The California Association of Food Banks.

One grandmother, Odilia Garcia, says it is too expensive to go to a regular grocery store each week.

"If you go to an organic grocery market [it's expensive] and I don’t have enough money to pay for much healthy stuff," said Garcia.

Garcia works part time and lives with her daughter, son-in-law, and three grandkids. They don’t make enough money to grocery shop regularly, let alone afford organic and healthy produce. They would live pay check to pay check, sometimes having to repeat the same meals with whatever they can find in the house.

"The kids would say, 'Again? We are going to eat that again?' But that’s all we have, so they don’t understand what you are waiting for and we have to pay rent and pay so many bills," says Garcia.

Garcia needed a cheaper way to get nutritious options for her family. She learned of World Harvest Market, a nonprofit that helps anyone in need get groceries for a great price. Customers pay $40 for a full cart and if they don’t have the money, they can always volunteer in the store. Garcia drives from Southwest Los Angeles to Mid-City sometimes twice a week to stock up.

"It actually makes my kids happy. Every time I say I’m going to the food bank, they say, 'Yes!'" said Garcia.

The elevated food bank runs with the help of monetary donations, but a lot of the food is actually donated. According to the United States Department of Agriculture, one third of all available food goes uneaten through loss or waste. Food loss usually takes place during production and distribution, before it even hits shelves.

Founder of World Harvest Market, Glen Curado, decided to create partnerships with warehouses to get these items before they are sent to the trash.

"The dates [on some items] are great, but it is just underweigh. It then gets kicked out and if we didn’t pick it up it would go to the landfill which is a beautiful word for trash," said Curado.

Produce that would otherwise be discarded now comes to World Harvest Market for people like Garcia who need the help.

"The grocery store throws things in the trash, but some people need it," said Garcia.

World Harvest Market is open to anyone regardless of your background, how much money you make, or where you live. Curado hopes to feed those in need, while also reducing as much food loss as he can.