Over the weekend, girls from high schools across Los Angeles and beyond, gathered in Playa Vista’s Silicon Beach to tackle problems using code and artificial intelligence.

“We just want the participants to find a problem that they want to solve and we want to challenge them to create an app or website that solves that," said organizer Emily Jin.

The 16-year-old from the Highly Gifted Magnet at North Hollywood High School knows a little something about problem solving.  As a girl who wants a career in computer science, she has noticed an issue in her future industry.

“There was an extreme lack of diversity in the field," said Jin. "Especially with girls.” 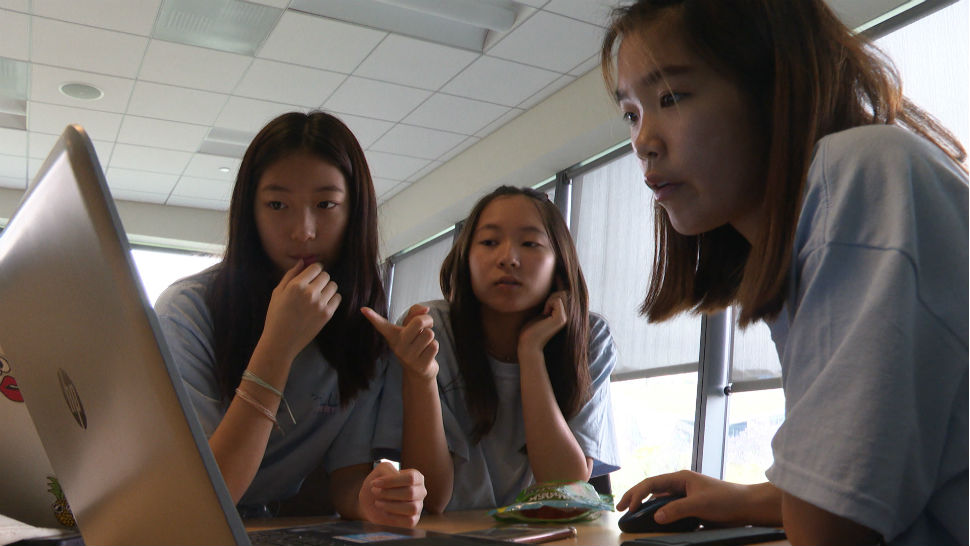 According to a report from the AI Now Institute at NYU, more than 80 percent of AI professors are men.  At Facebook, women make up only 15 percent of AI researchers, and at Google they make up 10 percent.

“Diversity is really important to making ensuring that the technology we make is fair," Jin said.

Looking for diversity in technology is why Jin said she founded AI Hacks – a completely free, student run hackathon looking to close the gender gap in artificial intelligence. This was the first event she ever organized and clearly, she is on to something.

“We have 100 participants which is amazing for our first year,” said Jin.

“It’s just breaking through the boundaries and kind of like becoming more equal so it’s really amazing," Zahin said.

In the end, first place went to a team from San Diego, who worked on addressing violence against women. In the end the entire event was deemed a win. The girls created apps, but Jin created something more - connections.

“And I think that’s one of the key things that we want," Jin said. "We want people to be able to find a community and kind of have, like, a network.”

A network of intelligent women she hopes will grow up to disrupt the world of AI.