Skid Row: How Did We Get Here?

LOS ANGELES - If you’re looking for an epicenter to Los Angeles’ runaway homelessness crisis, you’ll find it in the 53-block area east of downtown commonly known as ‘Skid Row.’ According to the 2019 the L.A. Chamber of Commerce, the area is home to some 2,521 un-housed individuals.

While the crisis has spiked dramatically in recent years, Skid Row has been a repository for L.A.’s unwanted humanity for decades. But how did it get to this point?

How did a neighborhood mere blocks from the financial, commercial, and entertainment centers of one of the richest cities in one of the richest states in the country become a wasteland of discarded humanity, that on some levels, fails to meet the standards of a Syrian refugee camp?

The Birth of Skid Row

The name ‘Skid Row’ was attached to the area on downtown’s eastern edge as far back as the late 1880s. Back then, its close proximity to the railroad meant it was literally the end of the line -- the final stop on the train for the entire continent -- making it a natural destination for transient laborers, wandering rail riders, and others running from their pasts.This transient population of drifters and end-of-the-liners fostered a culture of cheap day-rate hotels, saloons, and brothels. 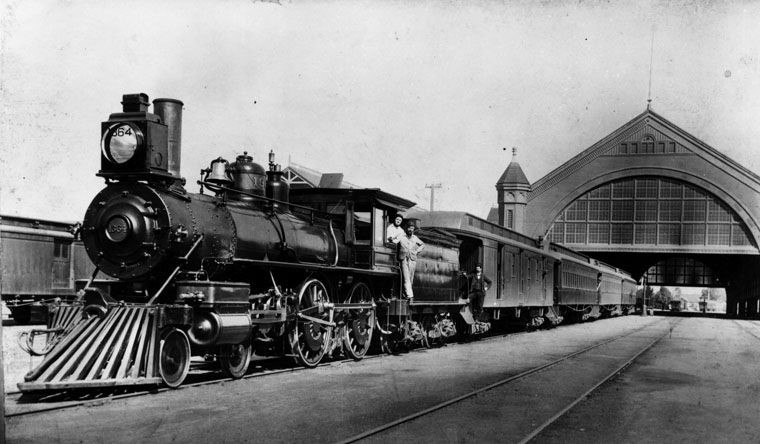 By the turn of the century, the neighborhood had become a magnet for L.A.’s working poor, unemployed, disabled, and otherwise marginalized populations. An ever-increasing number of single-occupancy hotels sprang up to provide housing for area denizens. The area’s seedy reputation soon attracted religious rescue missions, which set up shop to feed, house, and proselytize to the area’s down-and-out, predominantly male population.

Skid Row’s population grew denser throughout the first half of the 20th century. Soup kitchens and social services began to move in among the missions, flophouses, and saloons that served the alcoholics, homeless people and other members of society’s fringe that called the neighborhood home. 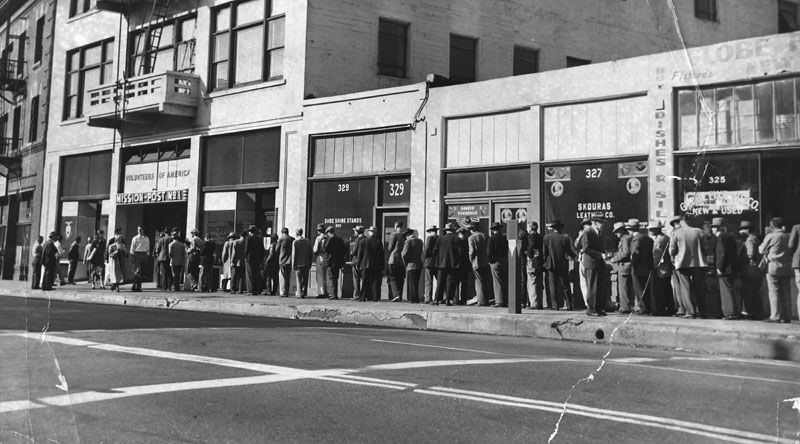 In the 1960s and 1970s, Vietnam vets suffering from PTSD and heavy drug users began to move in. By that time, many of the residential hotels in the area had fallen into disrepair. As the city passed more stringent building and safety codes, building owners found it cheaper to demolish the hotels than it was to bring them up to code.

Efforts by the city to clean up the area resulted in the destruction of more residential hotels and other affordable housing units. People who’d previously lived in the hotels were forced to move into shelters -- or onto the sidewalk. 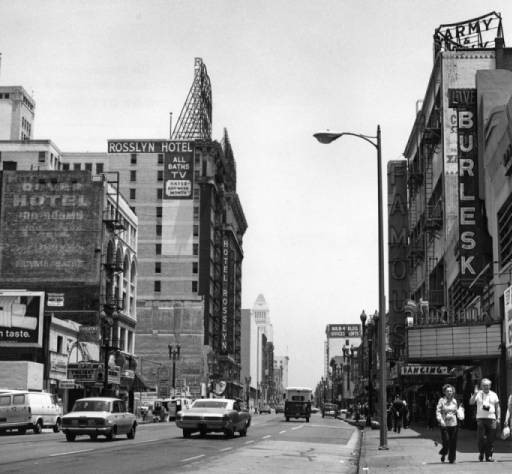 A 1975 redevelopment plan recommended that housing and services for the homeless be centralized in Skid Row -- to protect against gentrification -- but also to keep the homeless away from Bunker Hill and the city’s growing financial core.

In the 1980s, legislation de-institutionalizing mental hospitals was passed, resulting in a new influx of untreated mentally ill individuals gravitating to the neighborhood. The situation was compounded by unemployment, inflation, higher housing costs, and the reduction of services.

In 2002, a plan to clean up Skid Row was announced by then-Police Chief William Bratton. The plan involved aggressively enforcing an old anti-camping ordinance, allowing police to confiscate the belongings of people living on Skid Row.

This led to an ACLU suit filed on behalf of six homeless people whose possessions were confiscated. The court ruled in their favor and a compromise was reached in which the LAPD was barred from arresting homeless people on Skid Row or confiscating their possessions between the hours of 9:00 p.m. and 6:30 a.m.

The compromise permitted individuals to sleep on the sidewalk within 10 feet of any business or residential entrance between those hours.

In 2005, it was discovered that local hospitals and law enforcement agencies were “dumping” people who had nowhere else to go on Skid Row.

Meanwhile, the end of the Great Recession brought massive increases in housing costs, while wages stagnated by comparison. This resulted in a new influx of previously ordinary Californians, left behind by the economic recovery, suddenly found themselves homeless and in many cases -- on Skid Row.

Despite city, state, government, and voter efforts to turn the tide, the situation has only escalated. The latest legal settlement ruled that the city can’t put a limit on the total amount of property homeless people can keep on the sidewalk in Skid Row. 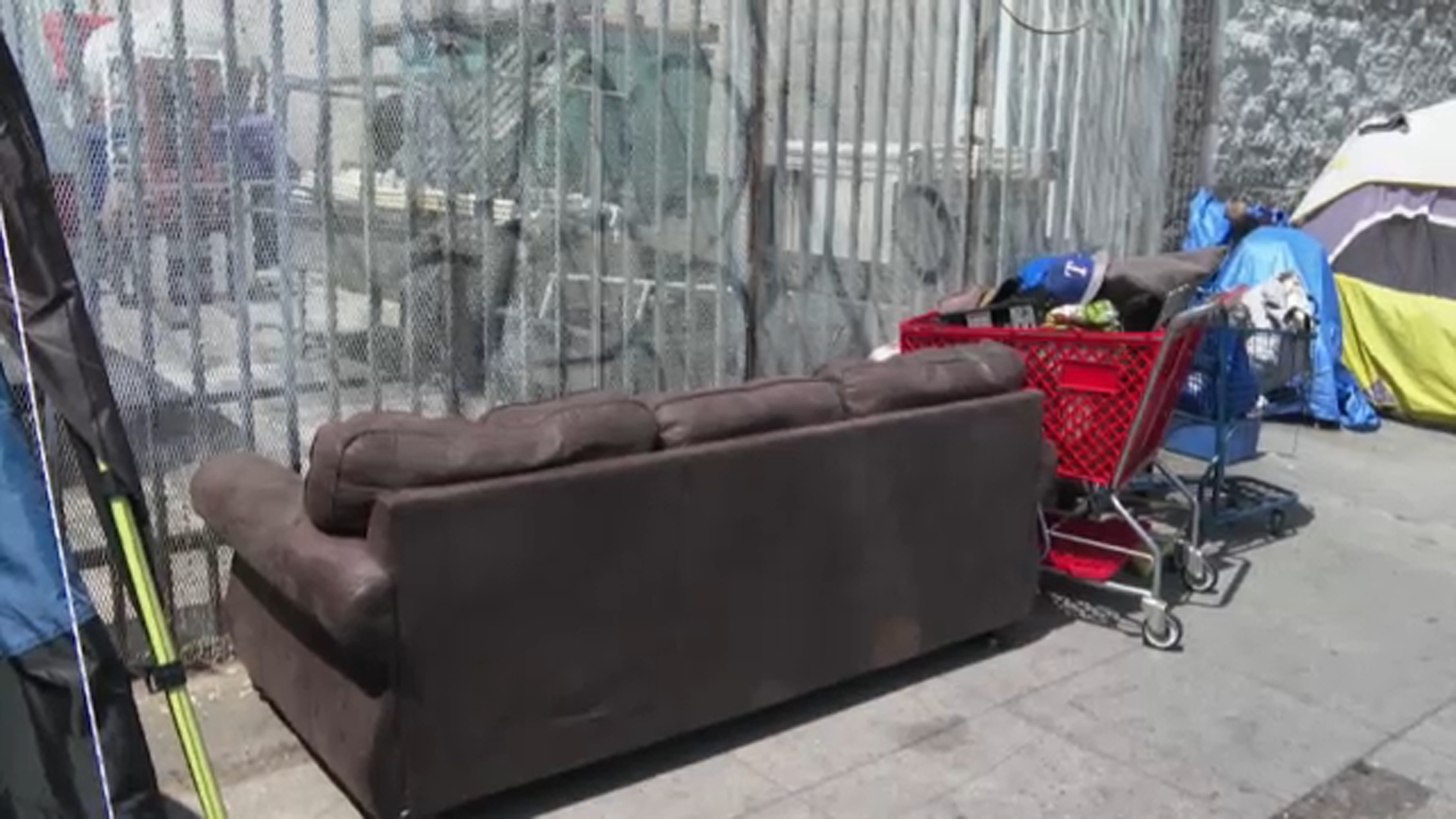 With an influx of gangs now operating amidst the rows of tents and other makeshift shelters that in some cases, now overflow the sidewalks into the streets, the current situation is sadly, about as bad as it’s ever been. 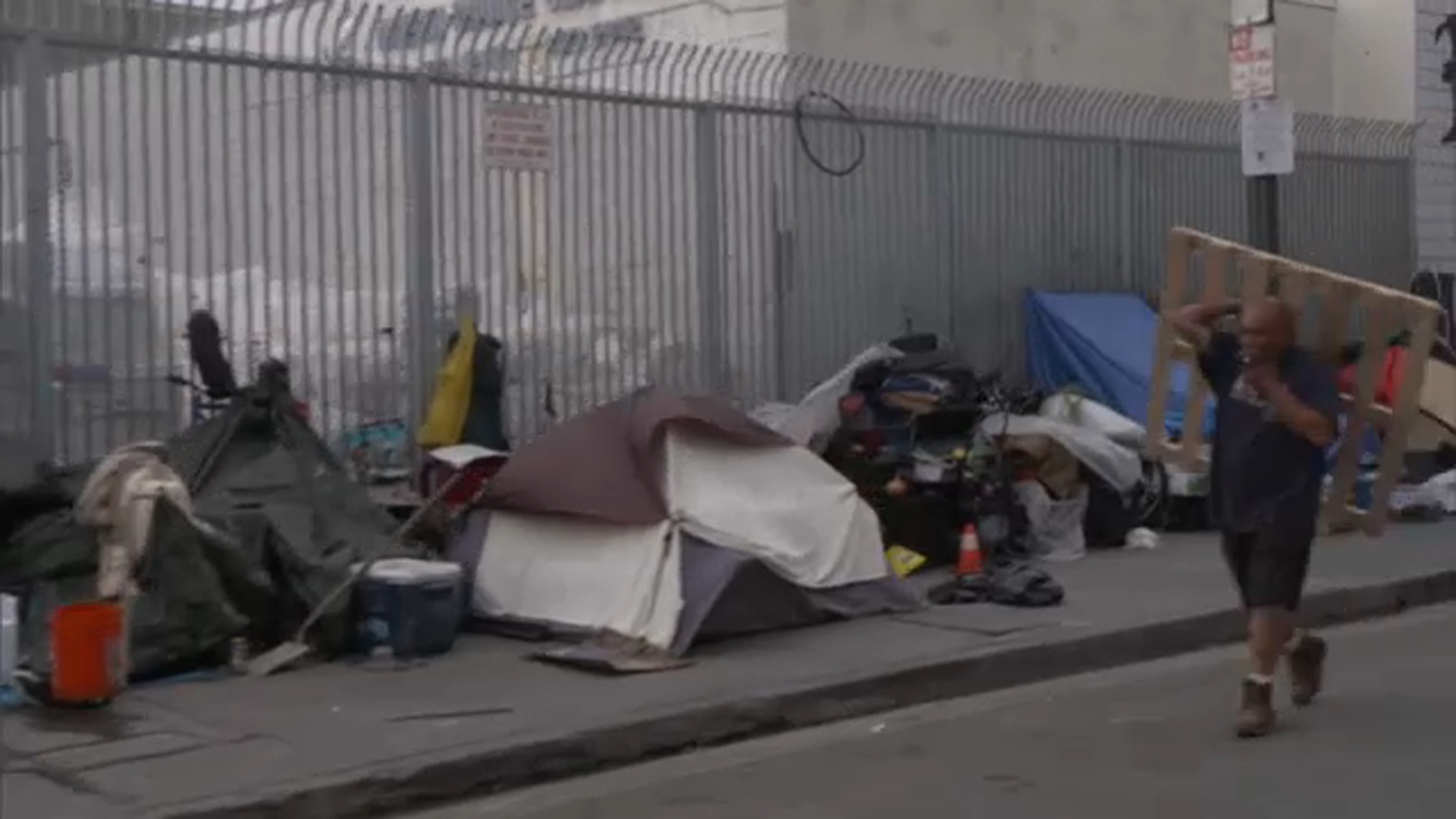