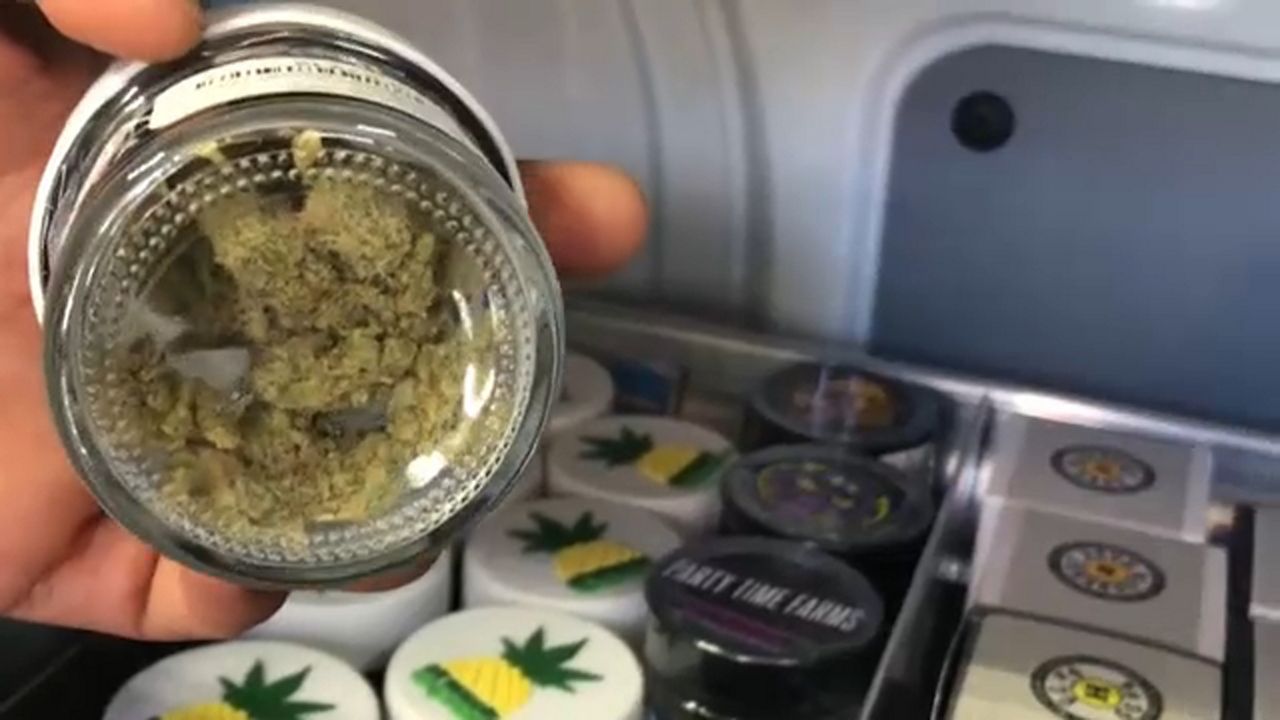 24 California Cities and One County Sue State Over Cannabis Delivery

SANTA CLARITA, Calif. - Ruben Luna is showing me some of the inventory he delivers to patients in the Santa Clarita Valley. He’s a driver for Pineapple Express, a Cannabis delivery service.

Luna has been a driver for the company for two months. Each day he starts his drive at the company hub in Palm Springs.

“I delivered to a couple patients myself where they say they’re just not a fan of going to a dispensary,” said Luna. There’s also the convenience. Since there are no dispensaries within Santa Clarita, people who live there would have to drive to a city where it is legal to buy product.

The California Bureau of Cannabis Control allows licensed companies to deliver cannabis in cities that have banned dispensaries, like Santa Clarita. But that could change.

Currently there are 24 cities and one county suing the California Bureau of Cannabis Control. The cities, which include Downey and Palmdale, argue that allowing home deliveries within their city limits violates Proposition 64, that not only legalized recreational marijuana, but also allows local governments to regulate marijuana related activities.

“Ultimately we’re trying to protect the city’s authority to regulate cannabis, which is what the voters approved through prop 64,” said Noel Doran, Assistant City Attorney for the City of Palmdale in a statement.

“They didn’t choose to join it, but if it goes through they will be able to ban deliveries, any city in the state will have access to that decision,” said Josh Eisenberg, owner of Pineapple Express.

His company just started delivering to Santa Clarita in April 2019 and he’s hoping to expand to other cities where there are no cannabis dispensaries.

As for Luna, he’s looking to the future.