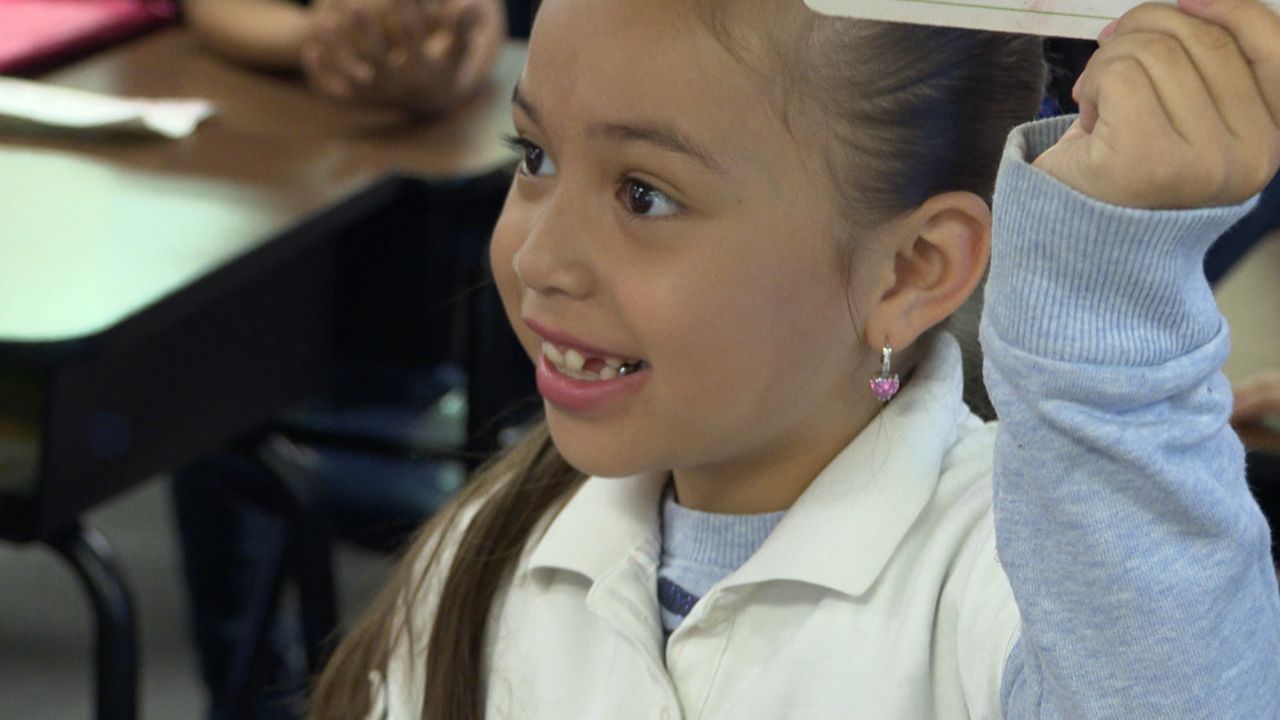 LYNWOOD, Calif. - In the span of their short lives, the school district these second graders call home has completely turned itself around. While they get loosened up for PE, their teachers are hard at work talking about them.

“If I’m having a problem or a difficulty teaching something I get ideas from my colleagues,” said Maria Rodriguez, a second-grade teacher at Washington Elementary School in Lynwood.

The grade level meetings are part of a major overhaul of Lynwood Unified School District. In 2011, less than 70 percent of the district’s seniors graduated from high school, according to data provided by Orenda, a consulting firm that worked with the district to improve outcomes.

Just five years later, the graduation rate surged to 93 percent. In 2017, the College Board named LUSD AP district of the year for improving both performance and access to advance placement testing.

During the same time span, the district’s budget shrank every year, a result of fewer families living in Lynwood.

“Ultimately, we can’t use…lack of resources as an excuse in not being able to truly support our students,” said Superintendent Gudiel Crosthwaite, who said enrollment has decreased about one percent every year.

In California, state funding for schools is tied to the number of students enrolled in the district. Despite a smaller budget, Crosthwaite said support for teachers and the use of data to track student performance made the difference.

Every six weeks, teachers track how their students perform on benchmark assessments. Then, teachers meet with their peers to compare notes and discuss best practices.

“What it does, is empower teachers from the inside out to get stronger and stronger,” said education consultant Robin Avelar La Salle with Orenda. “It’s using data to tell you if something is effective or not.”

When a student falls behind, teachers use each other as resources to brainstorm ideas. During the meetings, they celebrate students who have caught up to their classmates or exceeded expectations.

With the graduation rate nearing 100 percent, teachers can focus on the next step – getting their elementary schoolers dreaming of college.