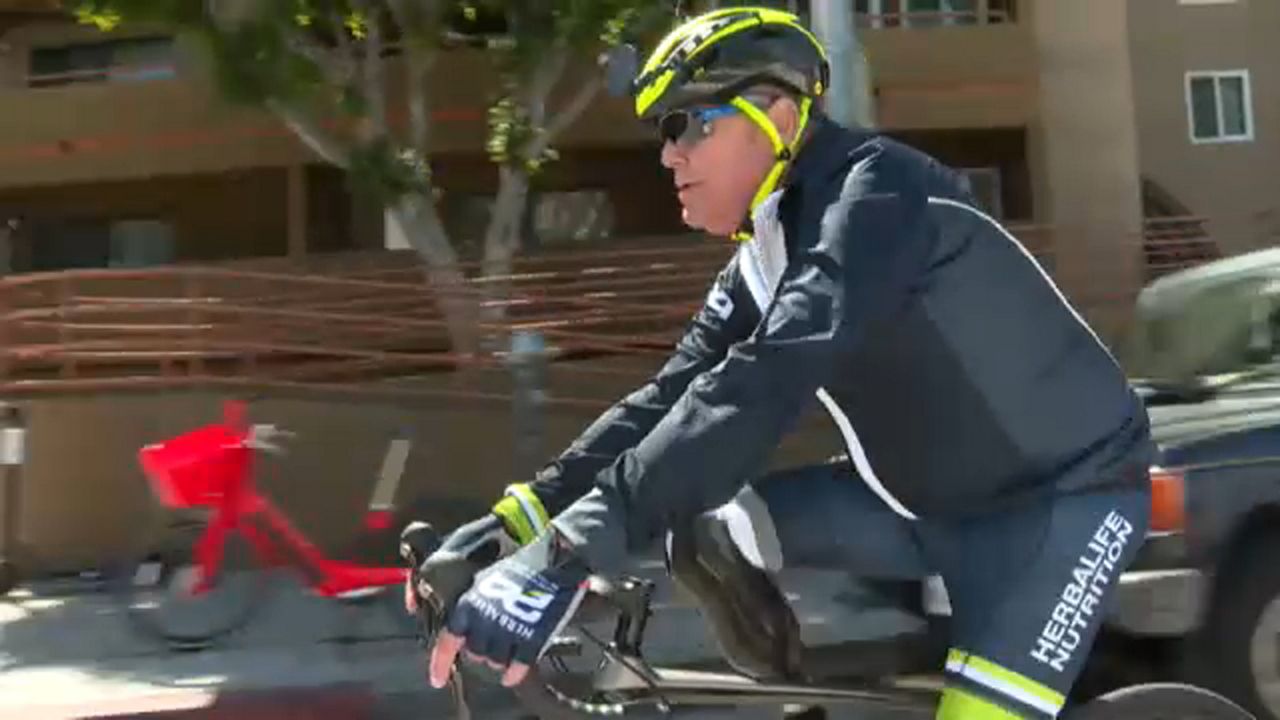 LOS ANGELES - It’s common to see Reverend Andy Bales riding his bike along the streets of skid row and the rest of downtown L.A., especially as he gears up for the first-ever Herbalife 24 Triathlon Los Angeles.

“I kind of jokingly say I get to do a leg of the triathlon relay, I get to do the biking 14 miles from the beach to downtown,” said Bales.

He’s the CEO of the Los Angeles Union Rescue Mission and for the past 30-plus years, he’s felt called to help those who are devastated by homelessness.

But he’s also dealt with his own struggles.

Known to hand out water on skid row when it’s hot out, he came into contact with three flesh-eating diseases that ultimately took his foot.

But what he realized was by losing his foot, he was actually gaining trust with those around him.

“I could roll right up into a drug deal with my wheelchair and nobody was intimidated, nobody was fearful, and it made it like a secret weapon of approaching people who were suffering,” said Bales.

The Union Rescue Mission and Herbalife have built a relationship for over a decade with the company giving more than $50,000 a year in donations and showing up at events like Thanksgiving to hand out shakes.

Now Reverend Bales is one of their sponsored athletes for the race.

“They have been partners that help change the odds in our favor in a great deal and you feel like you have an ally you have a partner and you can stand up against anything,” said Bales.

As he gears up for the triathlon on Sunday, June 2 -- that will go from Venice Beach to downtown -- he hopes by riding his bike as an amputee, he can inspire those who are suffering.

“That I have a struggle and an uphill battle, and I’m an underdog, and whenever an underdog keeps going, that lifts the spirits of folks who can relate,” he said.

And no matter how Reverend Bales finishes on Sunday, his story makes this underdog the favorite.