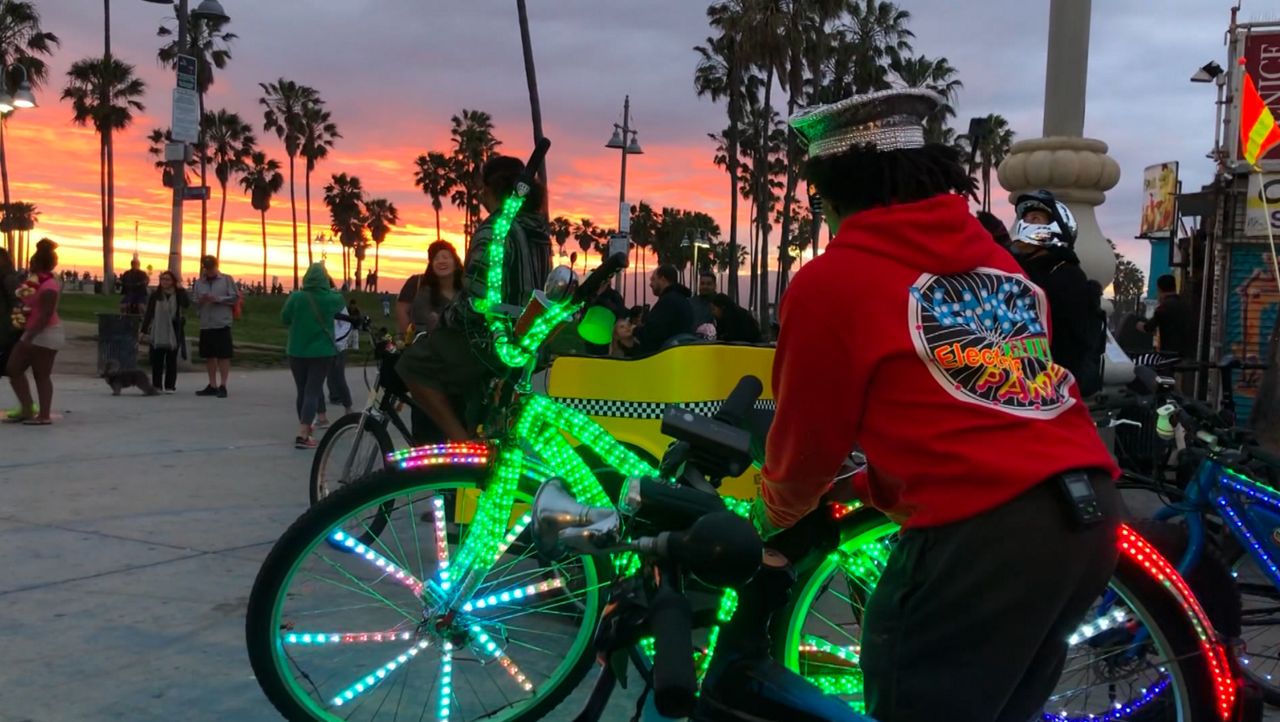 VENICE, Calif. - Biking is more than just a mode of transportation for Marcus Gladney. It's a way of life.

He wants to bring more awareness to cyclists and make the streets safer for them. It all starts with a little bit of electricity.

He has thousands of lights on his massive bike that he rides in the Venice Electric Light Parade. It happens every Sunday at sunset in Venice.

"Venice Beach is a magical mystical place for everyone," said Gladney.

He started the weekly event three years ago in an effort to bring attention to people riding bikes at night. He met Sebastian the light man who he says brought wheel lights to Venice in 2008.

According to the Pedestrian Bike Information Center, 45 percent of bike fatalities in the United States occur in dark conditions.

A light bulb went off for Gladney as he realized he needed to spread this message to as many people as he could.

"We started with this parade and only four or five people would show up. Now we have 200 to 300 people show up," said Gladney.

People from as far as Las Vegas, Orange County, and Riverside come join the parade. It lights up the entire beach for miles. From the different characters, to wheels, to music, it's a weekly show that anyone can join.

"I mean it's breathtaking to look at back to see 100 bikes, 200 bikes in this line on the bike path," said Gladney.

People stop and stare, even snapping photos of this electric site. The Venice Light Parade team hands out safety lights to anyone in need.

"You gotta have lights at night and if I see somebody that doesn’t have lights on their bike, I’ll just give them a front and back light," said Gladney.

Grab anything with wheels, promote safety and have fun in the Venice Electric Light Parade.