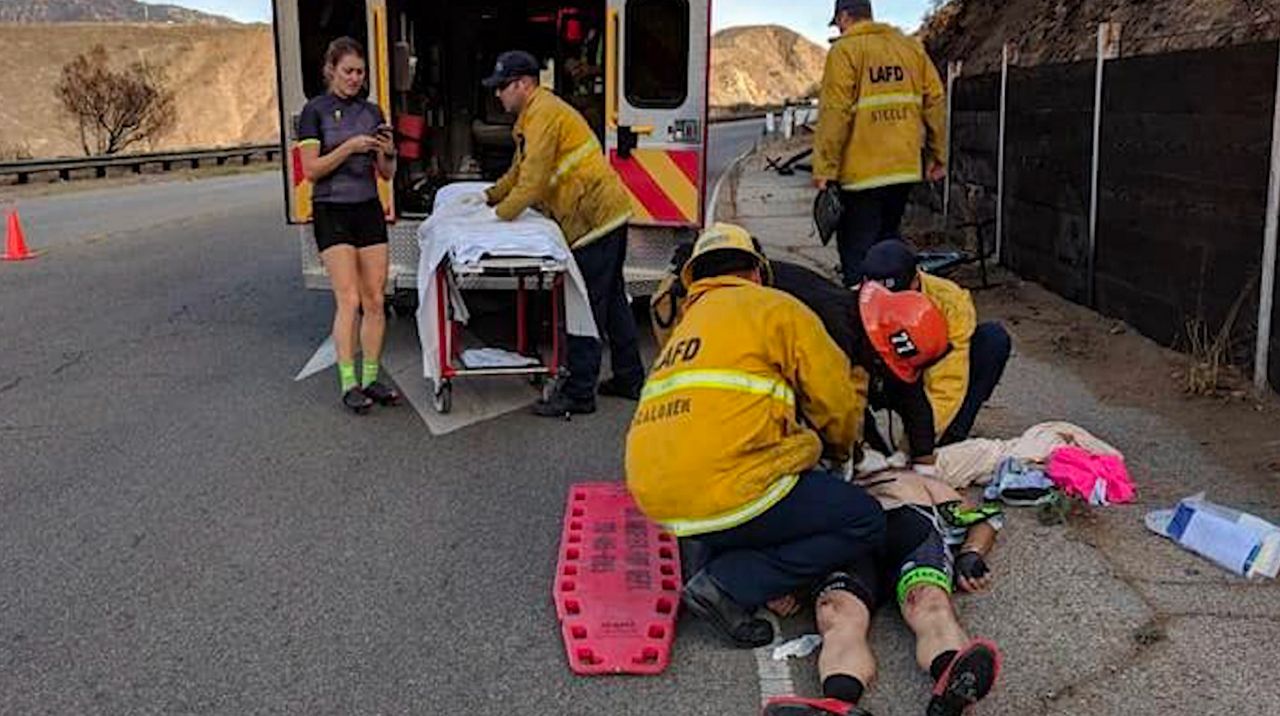 BURBANK, Calif. -- Keith Jackson starts his days very differently than he did a year ago. Now he completes various treatments to help restore his brain function.

Jackson suffered from a traumatic brain injury and has had to relearn how to walk, eat, and talk.

"I always say, I have two brains. The old brain, who knew everything from before, and the new brain that has to learn everything," said Jackson.

He sustained his injury during a hit and run crash while he was riding his bike on La Tuna Canyon. He was thrown into a ditch. His bike was destroyed and the driver was never seen again.

"I woke up two months later wondering what happened and it’s been a crazy ride since then," said Jackson.

He slowly started down the road to recovery with the help of his wife, diet, supplements, and his treatments. He is making progress.

Jackson was an avid cyclist before the crash. He even made his own bikes. He never thought something like this could happen to him.

Now Jackson is using his experience to help spread the word about street safety. He's working with Damian Kevitt founder of Streets are for Everyone.

Kevitt was also involved in a hit and run crash and lost his leg. That's why he founded SAFE and started Finish The Ride. It began with finishing his own ride in 2014. Every year since then, a bike ride is held for all to join. This year the ride is being held on May 19 in Griffith Park in honor of Jackson.

"I wanted to take what happened to me and help others and to save lives and prevent it from happening with others," said Kevitt.

About 48 percent of crashes in Los Angeles are hit and runs, a statistic that's all-too-familiar for Jackson and Kevitt.

Jackson will be at the May 19 ride along with hundreds of other cyclists. He says it's best to stay positive.

"It’s about finishing the ride. It may not be this week, or next week, maybe in a year. But I believe I’ll get there," said Jackson.

No matter what you are struggling with, Jackson and Kevitt say to never give up and finish the ride.

Finish the Ride 2019 is on May 19 in Griffith Park. For more information click here.