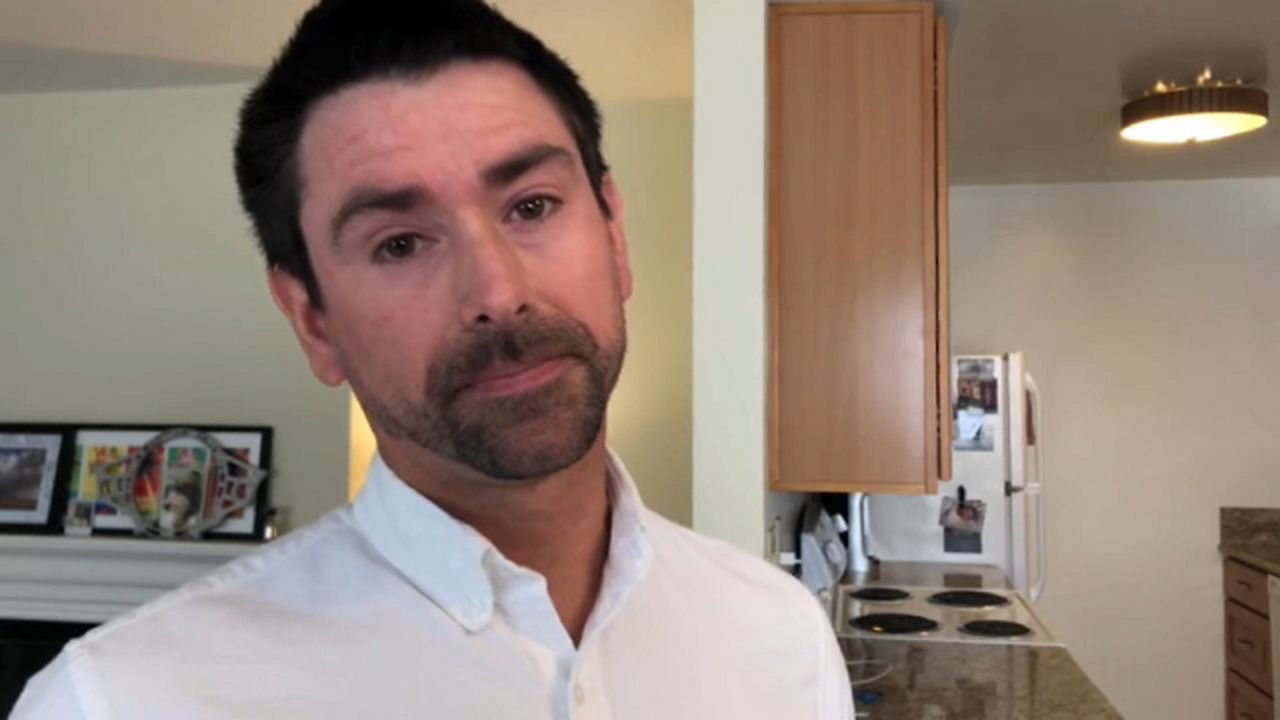 LOS ANGELES -- It was one of the most important days in his brother’s life, but Andrew Borowiecki wasn’t able to make it for the family picture.

“I was supposed to be the best man at my brother’s wedding and I couldn’t go because my skin was so bad,” said Borowiecki.

He has suffered with eczema since he was little, and in his later years, started keeping a journal of what his skin was doing every day.

“My lips are burned and itchy, I woke up many times at night, I couldn’t sleep,” said Borowiecki, reading from one of his entries.

As Borowiecki tells it, 10 years after he had first started to use topical steroid creams on his two or three nickel-sized seasonal eczema rashes, the problem had grown to his entire body and what would previously treat his eczema effectively, wasn’t enough anymore.

Borowiecki says at some point he started re-thinking what was happening to him.

His research led him to learn about a new theory among those that use topical steroids for a long time; that the skin becomes addicted to the steroids.

To gain back control of his skin, Borowiecki stopped using the steroids and within months he was showing all the symptoms, of a little-known condition referred to as Topical Steroid Withdrawal (TSW) or Red Skin Syndrome.

Borowiecki says it was more painful than withdrawing from heroine.

He had to go on short term disability, then quit his job all together.

But what he experienced is so new and rare that medical professionals are still trying to figure out what it is, how it works and if it’s a different condition than the original eczema.

Dr. Marcia Hogeling is a pediatric dermatologist at UCLA Health. She told us she has only seen a few people come into her office talking about this condition.

“It’s a bit controversial whether you can have an addiction to topical steroids, some people think that perhaps the natural receptors in the skin can go down if you use them a long time, so perhaps that would be a mechanism. But it hasn’t been well studied,” said Hogeling.

The lack of data and research has forced many folks suffering from similar symptoms to find each other on the internet. Facebook and Reddit groups have become a haven for this community. Borowiecki manages one of the Reddit groups on TSW.

“It’s really good just to know that you’re not alone, that you’re not crazy, so it’s not all in your head, and also to be around other people that have experienced the same thing as well,” he said.

Borowiecki is better now. He showers once a week and is able to once again face the sun. But until more research is done on Topical Steroid Withdrawal, he’s unsure if and when his symptoms will come back.