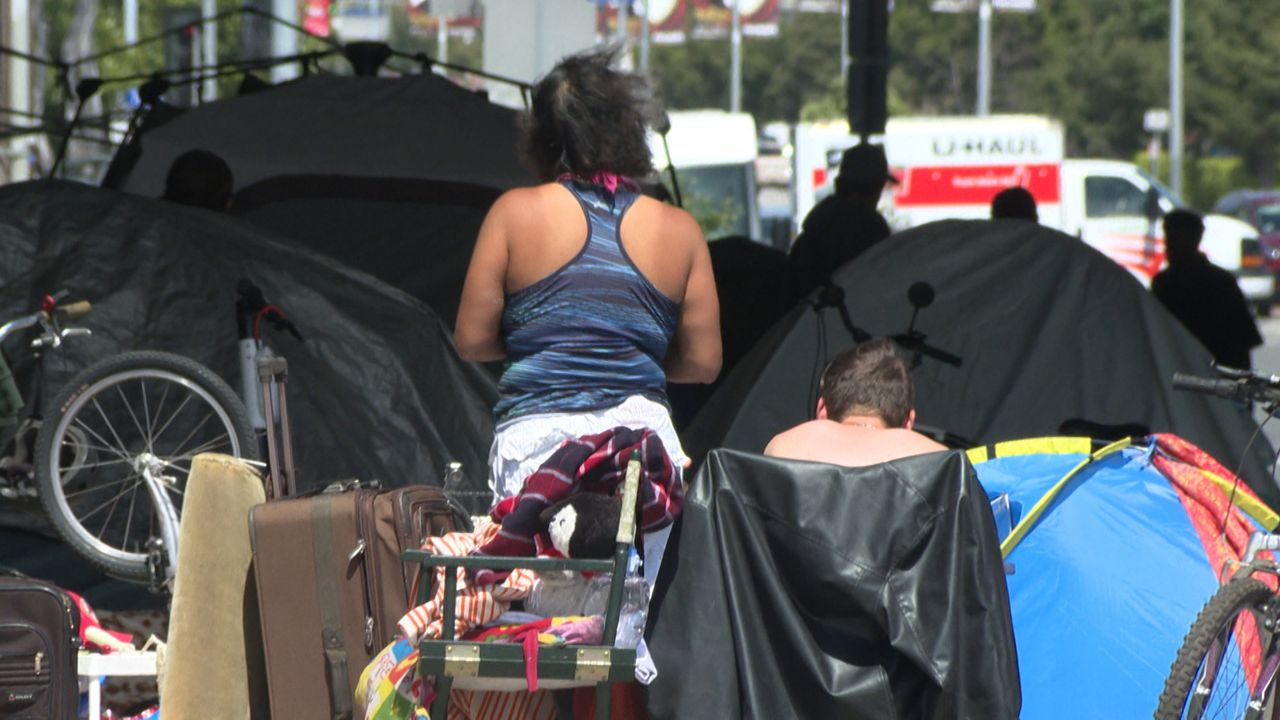 LOS ANGELES -- Serious crimes involving at least one homeless person rose 52 percent from 2017 to 2018, according to a new report from the Los Angeles Police Department, while crime decreased two percent citywide.

In 2017, there were 4,400 Part 1 crimes where a homeless person was either a suspect or a victim. Just one year later, the number skyrocketed to 6,671 Part 1 crimes involving the homeless, the report said.

Here are the crimes with a homeless suspect that had the biggest increase:

Here are the top crimes where a homeless person was victimized:

The report didn’t draw any conclusions as to why crime increased so much in a single year. In December, Los Angeles trained 100 new homeless outreach employees to help those sleeping on the streets get into shelter or housing.

But local business owners who operate near encampments say the city should do more to curb crime inside tent communities like the one on Venice Boulevard underneath the 405 freeway.

“It’s not getting better. It’s getting worse at a very fast pace,” said George Frem, who owns Exclusive Motors. His surveillance cameras recently caught a shooting outside his business at the encampment across the street.