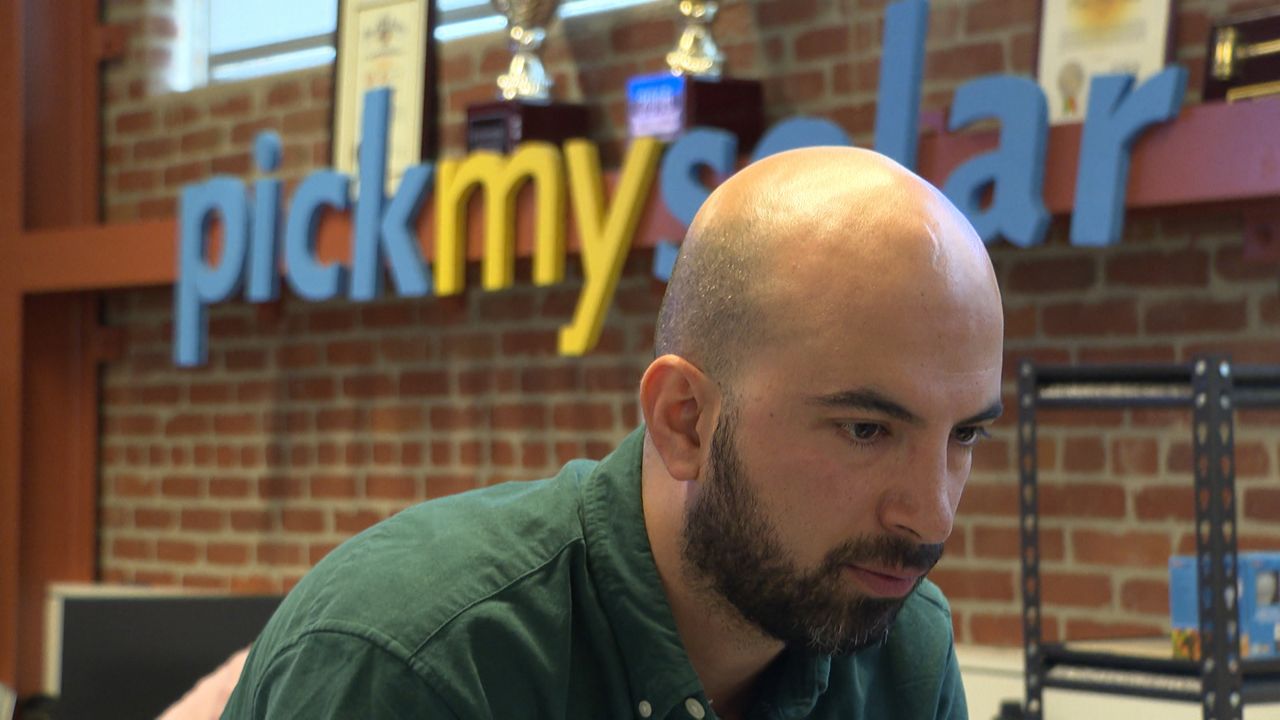 “I’m originally from a country that’s heavily dependent on oil, Iran, so I felt the impact of climate change in the region I’m from originally. This gave me a platform to take my fight to the next level,” he said.

He created Pick My Solar, an Los Angeles-based online marketplace that provides homeowners with competing quotes from approved solar installers in their area.

“Instead of going to different contractors, they come to us,” he said.

When he heard the announcement about the mayor’s plan to make L.A. more sustainable, he said he couldn’t have been happier to see the follow through.

“This is the second time the mayor is publishing a plan. He promised to renew it every four years. This is the first time he’s renewing the plan," he said.

He’s always been at the forefront of green energy, even positioning his business address to reflect so as well. Pick My Solar is located in the Los Angeles Cleantech Incubator, a non-profit hub helping grow and develop clean technologies and L.A.’s green economy.

“The CEO of LACI is the former Chief Sustainability Officer for Mayor Garcetti. He spearheaded the first sustainability for L.A. which turned into this green New Deal,” Aram said.

For those calling the new deal overly ambitious, Aram said he did some quick math before our interview.

“In order to meet that goal and replace power plants with just solar and energy storage, we need less than 250,000 homes to go solar in [the] L.A. area. All we need is 750 new projects a month. Our company alone can process that many transactions in a couple of years. I think it’s very doable,” he said.

For more information on Pick My Solar, visit: pickmysolar.com